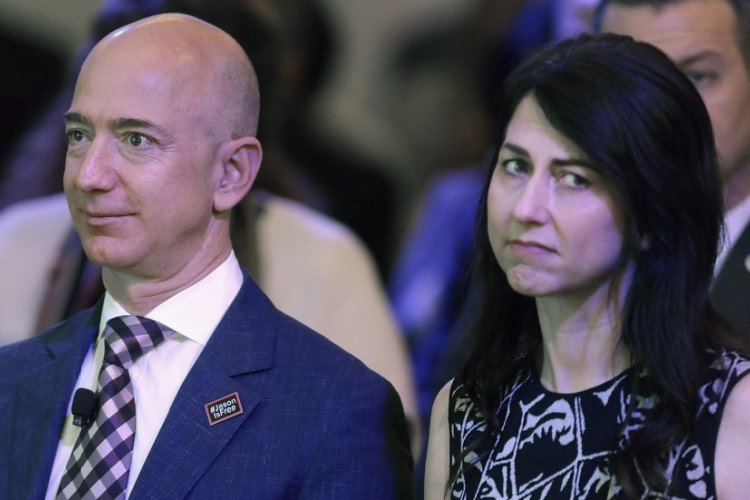 While progressives often argue that billionaires shouldn’t exist, as long as about 650 still do in the United States, they could all learn from MacKenzie Scott, the ex-wife of Amazon founder and CEO Jeff Bezos, who on Tuesday prompted widespread praise for announcing nearly $4.2 billion in gifts to 384 organizations.

Scott ranks 18th on the Bloomberg Billionaires Index—which her ex-husband leads by a sizable margin—thanks to a 2019 divorce settlement in which she gained millions of Amazon shares. She has pledged to give away most of her wealth and in July announced $1.67 billion in direct grants to 116 charities addressing racial injustice and other aspects of inequality.

Her second major giving announcement, which came in a Medium post, acknowledges that the ongoing coronavirus pandemic “has been a wrecking ball in the lives of Americans already struggling. Economic losses and health outcomes alike have been worse for women, for people of color, and for people living in poverty. Meanwhile, it has substantially increased the wealth of billionaires.”

Speaking of stealing, here are US billionaire wealth gains during the pandemic:

According to the Institute for Policy Studies (IPS), the collective wealth of the nation’s billionaires has soared by $1 trillion since March, while the pandemic has raged on, killing over 302,000 people nationwide as millions struggle to stay fed and afford rent or mortgage payments in the absence of adequate federal relief.

“Scott’s bold and direct giving puts shame to the billionaire class and their perpetual private foundations,” Chuck Collins, director of the Program on Inequality and the Common Good at IPS, wrote Tuesday for Common Dreams. He noted that “the bulk of these gifts are to the works of mercy during this pandemic—food banks, direct social service organizations, emergency funds, and support services for the most vulnerable.”

“Many private foundations are still guarding their perpetual endowments and giving the minimum 5% required, including overhead,” Collins explained. “By example, Scott is shaming these mega-foundations that worry more about perpetuity than the suffering of their neighbors during an unprecedented crisis.”

As Common Dreams reported earlier this month, nearly 800 social justice-minded philanthropists and charitable foundations have signed on to a letter—initially released in May by the Patriotic Millionaires, the Charity Reform Initiative of IPS, and the Wallace Global Fund—calling on Congress to pass a three-year Emergency Charity Stimulus that would move $200 billion to frontline nonprofit groups by increasing payout requirements for private foundations and donor-advised funds.

The combined net worth of the U.S.'s richest people totaled $4 trillion last week—over 4x the $908b price tag of the entire #COVIDrelief bill Congress is struggling to pass.

Collins, in his response to Scott’s announcement, wrote that “of particular note is not just the size of her gifts, but the approach she has taken to giving. Scott, a newcomer on the billionaire wealth scene, has surrounded herself with advisers that come from under-resourced communities, not the folks that typically sit on foundation boards.”

Scott shared some details about the selection process on Medium, explaining that she had put together a team of advisers earlier this year:

The result over the last four months has been $4,158,500,000 in gifts to 384 organizations across all 50 states, Puerto Rico, and Washington D.C. Some are filling basic needs: food banks, emergency relief funds, and support services for those most vulnerable. Others are addressing long-term systemic inequities that have been deepened by the crisis: debt relief, employment training, credit and financial services for under-resourced communities, education for historically marginalized and underserved people, civil rights advocacy groups, and legal defense funds that take on institutional discrimination.

To select these 384, the team sought suggestions and perspective from hundreds of field experts, funders, and nonprofit leaders and volunteers with decades of experience. We leveraged this collective knowledge base in a collaboration that included hundreds of emails and phone interviews, and thousands of pages of data analysis on community needs, program outcomes, and each nonprofit’s capacity to absorb and make effective use of funding. We looked at 6,490 organizations, and undertook deeper research into 822. We put 438 of these on hold for now due to insufficient evidence of impact, unproven management teams, or to allow for further inquiry about specific issues such as treatment of community members or employees. We won’t always learn about a concern inside an organization, but when we do, we’ll take extra time to evaluate. We’ll never eliminate every risk through our analysis, but we’ll eliminate many. Then we can select organizations to assist—and get out of their way.

While Scott’s gifts elicited applause, some pointed out that progressives policies including a wealth tax would make billionaires like her pay for services provided by the recipients of her donations “every day instead of just when they feel like it.”

A wealth tax would make billionaires fund public education every day instead of just when they feel like it https://t.co/i4Z83vdRB6

Scott’s announcement comes as Amazon and Bezos are under fire for working conditions, particularly during the pandemic. Former Labor Secretary Robert Reich on Sunday shared part of an email he recently received from a worker at Amazon’s Whole Foods delivery warehouse in New York City, which he called “particularly distressing.”

The worker told Reich that six of her co-workers had tested positive for Covid-19 since October 22, because “safe social distancing is not only being ignored but discouraged.” She added that “when we express our discomfort to management, we are yelled at about filling orders faster, or told that we can take a leave of absence without pay.”

Earlier this month, after workers and activists took to the streets on Black Friday to launch the #MakeAmazonPay campaign, 401 lawmakers from 34 countries endorsed the effort with an open letter to Bezos that said, “We, elected representatives and public officials from around the world, hereby put you on notice that Amazon’s days of impunity are over.”