What No One Is Saying About The Lockdowns 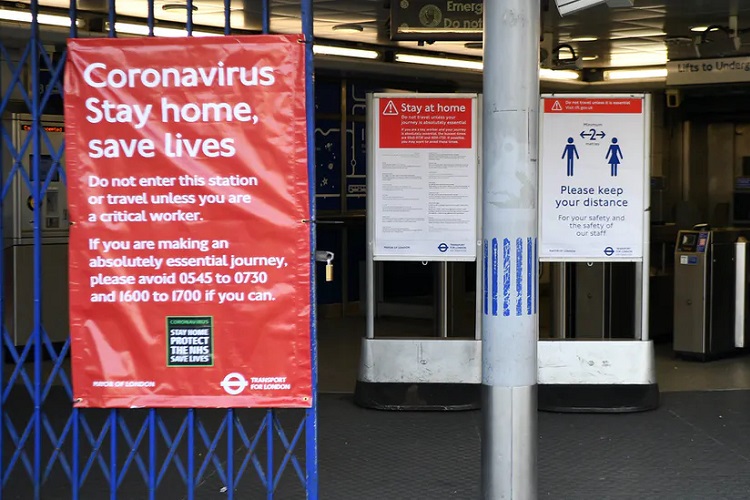 This is James Corbett of corbettreport.com.

In 2006, a 15-year-old high school student from Albuquerque, New Mexico won third place in the Intel science and engineering fair for her project on slowing the spread of an infectious pathogen during a pandemic emergency. Using a computer simulation that she developed with the help of her father, she argued that in order to slow the spread of the disease, governments should implement school shutdowns, keep kids at home and enforce social distancing.

Incredibly, that third place high school science fair project can be tied directly to the lockdown policies being implemented by governments around the world today. You see, that father that she developed her computer simulation with was no average doting dad, but a senior researcher at Sandia National Laboratories who at that time was working on pandemic emergency response plans for the US Department of Homeland Security. His proposal to implement school shutdowns and, if need be, workplace shutdowns in the event of a pandemic emergency was developed at least in part in response to his daughter’s high school project.

This is no longer debatable. It is even openly admitted—although months too late by the World Health Organization.

DAVID NABARRO: I want to say it again: we in the World Health Organization do not advocate lockdowns as a primary means of control of this virus. [. . .] We may well have a doubling of world poverty by early next year. We may well have at least a doubling of child malnutrition because children are not getting meals at school and their parents and poor families are not able to afford it.

This is a terrible, ghastly global catastrophe, actually. And so we really do appeal to all world leaders: stop using lockdown as your primary control method. Develop better systems for doing it. Work together and learn from each other. But remember, lockdowns just have one consequence that you must never, ever belittle, and that is making poor people an awful lot poorer.

This is the point at which, no doubt, I’ll be expected to produce the data to back up the non-controversial observation that lockdowns kill, even though that data will do precisely nothing to penetrate the consciousness of those who have already decided that they occupy the moral high ground for advocating locking billions of people around the globe as prisoners inside their own homes. But persevere I will.

I’ll point, for example, to the letter signed by hundreds of doctors calling the lockdowns themselves a “mass casualty incident” and exhorting politicians to end the shutdowns.

I’ll point to the research that shows that thousands of people will die because of delays to cancer surgery treatments as a result of the medical shutdowns.

I’ll point to the research of the Well-Being Trust showing that 75,000 Americans are expected to die deaths of despair—including alcohol and drug misuse and suicide—this year alone as a result of the lockdowns.

I will point to the research of The Lancet showing that 265 million people are expected to be thrown into severe food insecurity as a result of these lockdowns.

I will even point to the research showing 125,000 children are expected to die from malnutrition as a result of these lockdowns.

But, as I say, none of these deaths will matter to those who have already decided that they are right and virtuous for advocating locking vast swathes of the human population inside their own homes to starve to death in the name of slowing the spread of a disease that even the epidemiologists who have been wrong about everything this year tell us will kill less than one percent of the infected.

Yes, slowing the spread, not stopping the spread. This was never about stopping a pandemic. Even the lockdown advocates never advocated that. But somehow that has been forgotten and “15 days to flatten the curve” has turned into a never-ending carte blanche for the biosecurity state to implement any number of draconian policies on its population, any number of policies on the checklist of the would-be dictator. Not only locking people inside their own homes, but constant surveillance of the population through the contact tracing and tracking apps that are increasingly being implemented around the globe, and, inevitably, the proposals for mandating the experimental vaccines which agents of the state will forcibly inject into people against their will.

This is not acceptable.

We cannot allow this to stand.

If we forsake this, our most basic right—the right to step foot outside of our own homes—then we forsake our humanity itself. An important part of what makes us human is being taken away from us in the name of stopping the spread of COVID-19.

All we have to do is disobey these unlawful “orders.”

CASSIE ZERVOS: The persistent anti-lockdown protesters said they will not forget Melbourne’s strict 112 day measures as they took to the steps of Parliament. They carried signs saying “Don’t trust the government” and chanted for police to join them in their rally.

BUSINESS OWNER: I know you are and i’m just a—I’m asking for you to guys have some compassion.

ASHLEY DRIEMEYER: Can he arrest us all? Because, from what I am gathering, in this area we are all banding together and going against our governor.

If you have managed to retain your sanity during this time of widespread insanity, I applaud you and wish to assure you that you are not alone. Many, many people all around the world are defying orders. They are protesting against these lockdowns. They are standing up. They are disobeying.