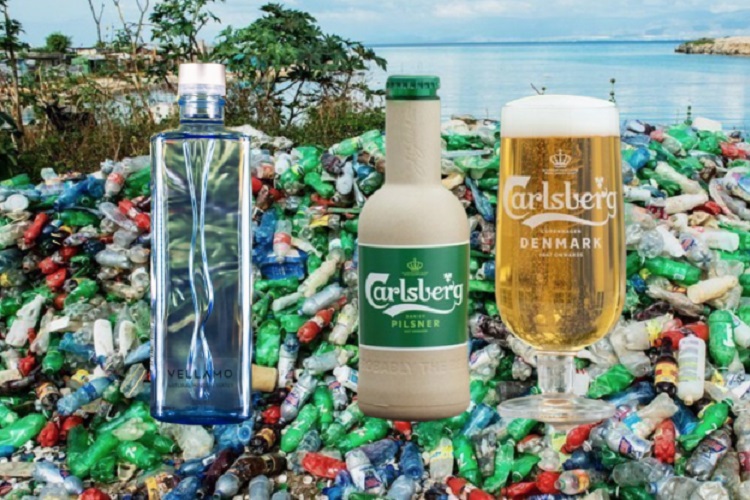 As awareness increases about the growing problem of pollution, single-use plastics have come under for their massive contribution to rampant litter all around the world.

But soon, we may be drinking soft drinks and beer from “all-plant” bottles, if new plans from major beverage makers come to fruition.

Under a new plan being spearheaded by Danish beer manufacturer Carlsberg and multinational food and beverage titans Coca-Cola and Danone, a new plant-based plastic created from sugars extracted from sustainably-grown plants would replace fossil fuel-based plastics, reports The Guardian.
chemical company Avantium has devised plans to kick off the pioneering project in hopes that it can permanently reshape the manner in which beverages are packaged.

According to Avantium CEO Tom van Aken, the company is trying to kick-start investment in a revolutionary new bioplastic plant in the Netherlands that would open by year’s end.

The company has already made a significant step toward reaching the goal with the early endorsement of the brewery giant Carlsberg Group, which plans to soon sell its pilsner in cardboard bottles lined on the inside with the plant plastic.

The world's first 'paper bottle' for beer?!? Carlsberg has unveiled two new prototypes of a green fibre bottle, which they say is fully recyclable and 100% bio-based 😲 It's not currently on sale, but what are your thoughts? 🍺

The company’s bio-refinery would break down sustainable plant sugars sourced from corn, wheat, or beets into basic chemical structures that would then be rearranged to form the new plant-based plastic.

The company hopes to eventually move away from the use of raw food materials and eventually shift to using plant sugars derived from sustainably sourced bio-waste, ensuring that global food supply chains aren’t negatively impacted by the increased adoption of plant plastic.

According to Avantium, its plant plastic is strong enough to contain carbonated drinks. The plant plastic would decompose in only one year using a composter and a few years longer if it is left outdoors, according to trials. However, Van Aken notes that it should be recycled. The chief executive added:

“This plastic has very attractive sustainability credentials because it uses no fossil fuels, and can be recycled – but would also degrade in nature much faster than normal plastics do.”

Over the past decade, there have been increasing worries on a global scale about the growing problem of plastics and microplastics, which have inundated the world’s oceans and water supplies, leaching carcinogenic toxins and chemicals into the marine environment, with plastic drink containers trapping and confining – and ultimately killing – marine wildlife.

The pollution has reached such massive proportions that an estimated 100 million tons of plastic can now be found in the oceans, according to the UN. Between 80 and 90 per cent of it comes from land-based sources.

According to a report prepared for the 2016 World Economic Forum in Davos, Switzerland, by 2050 it is estimated that plastic waste in the ocean will outweigh all fish.

Coca-Cola and Danone, which have come under fire for their contribution to the roughly 300 million tons of fossil fuel-based plastic produced every year, are also backing Avantium’s plant plastic project, which could land in supermarket shelves as soon as 2023.

The use of plastic is key to the workings of the global economy, and while most global and local authorities acknowledge the huge harm it causes to the environment, its usage has also paved the way to spectacular advances in modern society in the fields of medicine, food preservation, water transportation, hygiene, high technology, and a range of other applications.

However, while petroleum-based plastics have many benefits, they’ve also created a major burden on future generations by instilling consumers with a “throwaway” culture that has seen and single-use disposables largely displace durable, reusable, and washable products, contributing to the vicious cycle of increased plastic waste and pollution.