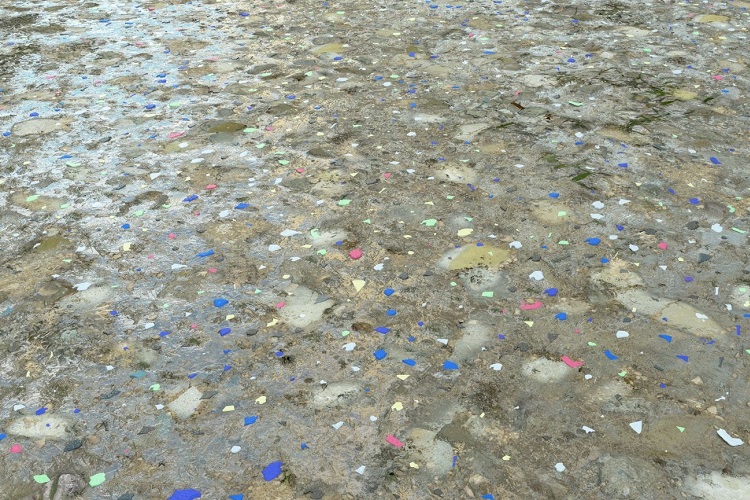 According to a new study published in the journal Science, scientists recently discovered 1.9 million pieces of microplastic in an area of about 11 square feet. The sample was taken in the Mediterranean Sea, and researchers say that its the highest concentration of microplastics ever found on a seafloor.

Scientists estimate that over 10 million tons of plastic waste enter the world’s oceans every year. Humans can see some signs of this pollution from the shore, but the plastic pollution visible to humans represents less than 1% of the ocean’s total plastic. Over 99% of the plastic in the ocean is believed to be much deeper than we can see, close to the ocean floor.

In the new study, researchers tracked deep-sea currents and showed how they act like “conveyor belts” which push microplastics across the seafloor. The team began by collecting samples from the bottom of the Tyrrhenian Sea, which is off the coast of Italy. The team found what they called “microplastic hotspots,” or large areas of microplastic accumulation.

In a press release, lead author Dr. Ian Kane from The University of Manchester compared these hotspots to the garbage patches that are found floating on the surface.

“Almost everybody has heard of the infamous ocean ‘garbage patches’ of floating plastic, but we were shocked at the high concentrations of microplastics we found in the deep-seafloor,” Kane explained.

Co-lead author Dr. Mike Clare of the National Oceanography Center, hopes that the study will create some change.

“Our study has shown how detailed studies of seafloor currents can help us to connect microplastic transport pathways in the deep-sea and find the ‘missing’ microplastics. The results highlight the need for policy interventions to limit the future flow of plastics into natural environments and minimise impacts on ocean ecosystems,” Clare said.

Dr. Florian Pohl from Durham University suggested that plastic has now become a part of the ocean floor’s makeup.

“It’s unfortunate, but plastic has become a new type of sediment particle, which is distributed across the sea floor together with sand, mud and nutrients. Thus, sediment-transport processes such as seafloor currents will concentrate plastic particles in certain locations on the seafloor, as demonstrated by our research,” Pohl said.