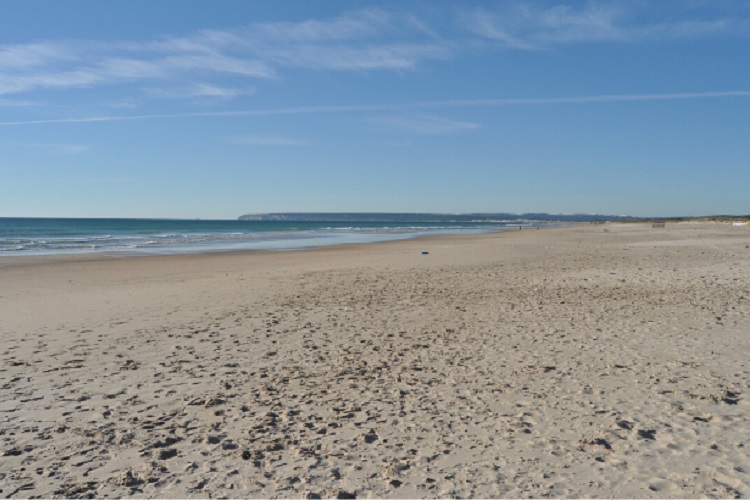 Authorities in a Spanish coastal town have been forced to apologize after they sprayed a local beach with bleach in a clumsy attempt to protect residents from the coronavirus.

The apology from officials in the fishing village of Zahara de los Atunes, near Cadiz, comes after they used tractors to spray the beach with a bleach solution in anticipation of a planned four-phased lifting of quarantine measures and the release of children from lockdown for the first time in six weeks.

However, the move became the subject of regional outcry as environmentalists claimed it caused “brutal damage” to the local ecosystem just as it was in the midst of a respite due to the lockdown, reports El Pais.

Officials sprayed roughly one thousand liters of water with a two-percent bleach solution over the Zahara de los Atunes beaches on Saturday in hopes to provide a cheap way of “disinfecting” the beach.

But according to local environmental activist María Dolores Iglesias, the bleach did unconscionable harm to the local ecology, which consisted of beaches and dunes that offered breeding and nesting space for protected migratory birds such as the black-backed plover.

Iglesias claims she witnessed at least one nest filled with eggs get completely destroyed by a tractor, while the bleach “killed everything on the ground, nothing is seen—not even insects.”

“Bleach is used as a very powerful disinfectant, it is logical that it be used to disinfect streets and asphalt, but here the damage has been brutal.

“They have devastated the dune spaces and gone against all the rules. It has been an aberration what they have done, also taking into account that the virus lives in people not on the beach. It is crazy.”

Like many locations across the globe, the beaches at Zahara de los Atunes experienced thriving conditions for wildlife due to the lockdown. Yet the local authorities ham-fisted attempt to clean the beach indicated a basic disrespect of the local ecosystem.

“The beach has its own way of cleaning itself, it was not necessary.

“They do not think that this is a living ecosystem, but a lot of land.”

As the Andalusian regional government mulls imposing penalties on the local authority for the move, local official Agustín Conejo offered a sorrowful public apology, admitting that it was a “wrong move.”

“I admit that it was a mistake, it was done with the best intentions,” Conejo explained.

The town of 1,300 residents has been trying to shield itself from the spreading pandemic by spraying streets with disinfectant solution and even erected a “fumigation arch” for cars entering the village.

Environmentalist group Greenpeace in Spain compared the autonomous local government’s move to the recent suggestion by U.S. President Donald Trump that doctors “look into” injecting patients with disinfectant to rid them of coronavirus.

“Fumigating beaches in the middle of the breeding season for birds or the development of the invertebrate network that will support coastal fishing… is not one of Trump’s ideas. It is happening in Zahara de los Atunes.”

The country’s center-left government under Prime Minister Pedro Sanchez has come under harsh criticism from opposition parties for an announced plan to begin relaxing quarantine measures and return to a “new normality” by the end of June. The announced de-escalation will follow a four-stage plan with no set dates, contingent on the severity of the outbreak in each province.