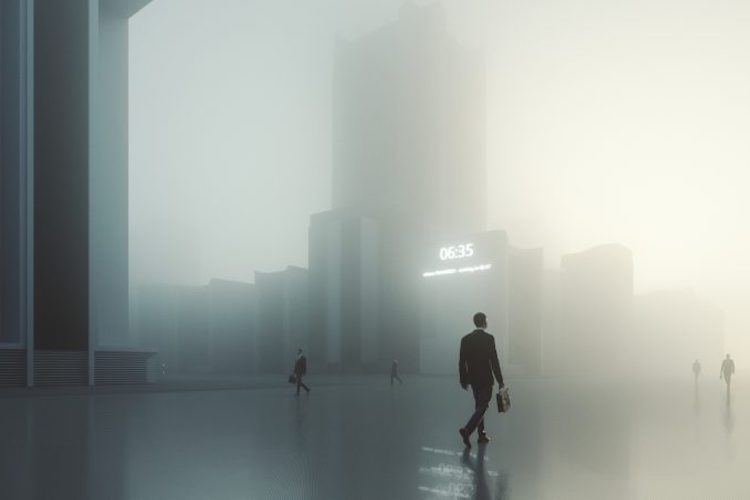 ‘We live in a time when faith is called arrogance.
Love is a 4 letter word.
They feed you on lies that insult your intelligence.
The voice of compassion is not heard.
This is the time that the Scriptures have prophesied.
Now comes the hour of the Beast.
This is the time that we ALL could be crucified
by politicians, businessmen and priests.
We are drowning in a dream where the people think they’re powerless,
struggling each moment to survive.
We are watching the sands as they run out of the hourglass,
>and most of us don’t even know we are alive.
>We have sold off our birthright for fantasy and avarice.
Legalised the slaughter of the weak.
We are well past the point where we’re taking any good advice,
Condemned by our actions as we speak.’
‘FOUR LETTER WORD’ Ariel AZ Alexander 1987

I hope that, by now, not a single one of us believes in the ‘deadly asymptotic ‘Chinese’ virus’ model. Or the supporting lockdown, economic destruction, and the advancement of the pseudomedical martial law police state.

The entire western allopathical ‘medical’ model is a heap of crap, originally organised around 1910 to support the investments of the Rockefeller/Carnegie/Warburg/Morgan cabal. The allopathic medical model is based on various important LIES, a lot of them, but the money talked above all else, then, a hundred ten years ago, just as it does now.

We are basically energy/energetic waveforms, that is, if you don’t see all consciousness as one, and need to discriminate, even though this is a sort of psychic/spiritual reductionism. We are taught through induction before birth, and by constant repetition since birth, to believe that we are both completely separate ‘individuals’ and at the same time totally connected to different orders of magnitude of family, tribe, ethnic group, race, social class, nationality, politics and now ‘gender issues’ etc. etc .A recipe for confusion.

We are basically in a spiritual battle, whether we like it or not. ‘Just because I’m paranoid doesn’t mean they’re not out to get me.’ (Anon) They ARE.

‘We’ll know we have succeeded when EVERYTHING the American public believes is FALSE’. (William Casey CIA Director 1981-87)

The fact is, we have been brought up in a completely DELUSIONARY reality.

It is quite possible that we live in a version of Schroedinger’s New Virus reality where there is no ‘ONE TRUE VERSION’ at all, and to a large extent the realitie(S) reflect the perception of the observer(S).

The first thing to be aware of is that the GERM THEORY is only that, a theory. Most of what is chucked at us as ‘settled science’ is only theories. They reflect that ‘something is happening,’ and to a certain extent can be described, but not what IT IS/they ARE, because EVERYTHING is INTEGRATED FULLY into its CONTEXT. The competing theory here is that what are being called ‘viruses’ are actually what happens when cells are getting rid of toxins, and that that is part and parcel of the continuous healing and detoxification process. Which MUST continuously HAPPEN if we are not to drown in the ocean of multilevel poisons in which we are forced to live in what is cynically described as ‘civilised life.’ And that these particles are DEMONISED as evil assassins harming us when the truth is the opposite.

If you want to hear someone ranting beautifully on about our energy bodies on YT, I can recommend Bruce Lipton.

I myself have served a kind of apprenticeship which began at the deep end  in 1974 preventing someone dying of death’s door acute peritonitis  by splitting them into their energy body, and by the end of which in 2001 I could accurately diagnose and ‘cure’/alleviate medical symptoms by simply talking with the sufferer about their life, and THE LIFE.

Viruses as such DON’T EXIST. POISONS and TOXICITY DO !!!

The ‘IMMUNE SYSTEM’ as such DOESN’T EXIST. Our symptoms are an ‘INDEX’, a ‘barometer’ which show us how we need to move, maneuver, steer, operate in our (slow) dream life in this ‘reality.’

What we have is the SPIRITUAL HEART/thymus based center, which accurately responds to and illustrates our capacity for LOVE, incoming and outgoing, PURE and SIMPLE. We need to consciously MAINTAIN the connection, and as far as possible act from OUR HEARTS.

You can easily see that what we are currently presented with is the absolute ANTITHESIS of this.

WE HAVE TO BE THE LOVE WE WANT TO SEE outside ‘ourselves.’ It looks like we are being severely ‘Samael/Saturn’ TESTED on this one, and it may get harsher. Go to UKColumn website and hear/watch Brian Gerish and Vanessa Beeley on the interlock between Bill Gates/Imperial College/GAVI/CEPI/The UK Government/ID2020/Dr Fauci/theCDC etc and the large sums of money flowing in all directions.

Go to aplanetruth 4u.com and follow the link to the vimeo 2012 Olympics coronavirus show/dance/spectacle. Sums it up, really.

Well, we knew it was coming, we just didn’t know from which  toxic direction, or indeed exactly when.

Having yesterday seen the repetive video of Mike Pompeo saying it was a live exercise, and Trumpypooh, behind him mouthing ‘You should have told us:’ leads me to believe that they MAY back off this one….and the Surgeon-General’s disavowal of the Gates/CDC/WHO/’Contagion’ model ..only time will tell.

Love to U ALL. DO NOT BE AFRAID. The demons are playing but so can we.