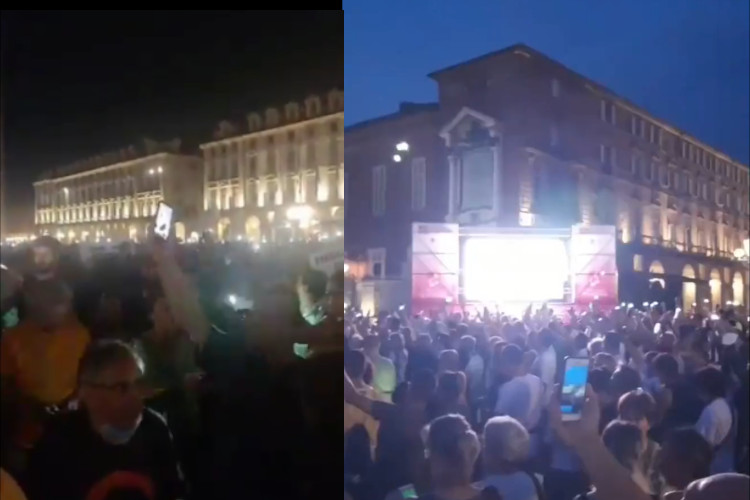 The Italian prime minister, Mario Draghi, told a press conference Thursday that the country will need to act and suppress another wave of COVID-19 infections at a time the Delta variant is spreading throughout Europe.

The green pass — a digit certificate containing proof of immunization will be necessary for anyone older than 12 to enter stadiums, museums, theatres, cinemas, exhibition centers, swimming pools, and gyms. The pass is an extension of the EU’s digital Covid certificate and will also be required for restaurants.

The updated version of the vaccine passport will begin on Aug. 5 and didn’t sit well with residents who see their freedoms whittled away by the government. This violation of freedom sparked a massive protest in Turin.

“As soon as the Italian government announced the introduction of the “health passport” people took to the streets to protest. The images below are from Torino just now. The feeling in the streets is one of anger at the government’s decision,” the Twitter user said.

Like the thousands of French citizens protesting in the streets in the past week, the Italian people were outraged by additional restrictions.

NOW – Thousand take it to the street in #Turin as Italy makes Covid “green pass” mandatory for most public places.pic.twitter.com/8QJnFMhjJd

The removal of COVID measures to restart European economies was widely hailed as a success. Still, the new Delta variant is causing concern and giving politicians the optimal cover to implement more populous control via green passes.