‘The carrot is no longer going to work’: Leaked CNN Email Hints at More Forceful Measures for Vaccines 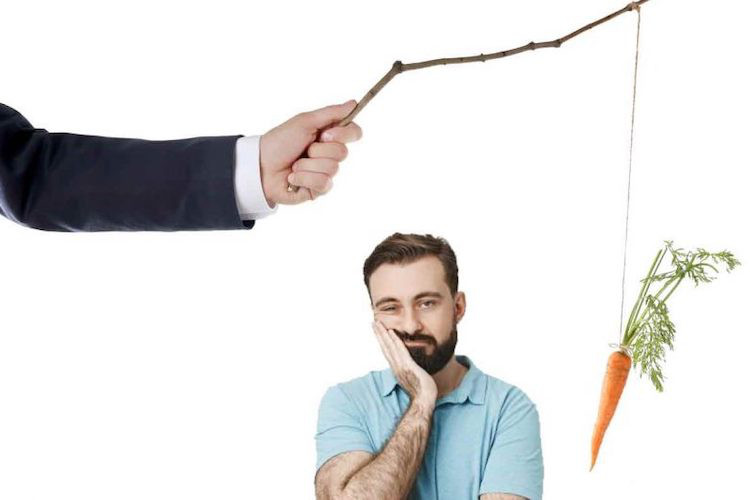 A CNN executive has hinted that there need to be more forceful measures to increase Covid vaccine uptake in the US, after grumbling about the issue in an email that he mistakenly sent to a conservative activist.

The peculiar message was revealed by Fox News host Tucker Carlson, who showed a screengrab of the email in question.

“FW: #NEWS: A majority of unvaccinated Americans say they’re unlikely to get the Covd-19 vaccine, regardless of outreach efforts,” read the email’s subject line.

The author of the email, identified by Carlson as CNN’s Washington bureau chief, wrote to a colleague: “This is the point re: carrot vs. stick. The carrot is no longer going to work…”

Although the Fox host didn’t identify him by name, CNN’s Washington bureau is currently headed by the network’s senior vice president, Sam Feist.

The suggestive commentary likely would have remained shielded from public scrutiny had the CNN bigwig in question not accidentally sent it to Charlie Kirk, a popular conservative activist and commentator.

CNN confirmed the authenticity of the email, but insisted that there was nothing newsworthy about its contents.

“The email, mistakenly sent to Kirk, was simply acknowledging that current vaccination incentives are losing steam,” the network said in a statement.

Kirk appeared on Carlson’s program to discuss the strange email.

“Is it CNN’s stated position now that they’re going to try to administer medicine under the threat of punishment?” the conservative pundit asked. Referring to the “carrot vs. stick” analogy used in the email, Kirk wondered aloud: “What does the stick look like in CNN’s world?”

Reacting to the segment on Twitter, CNN’s Brian Stelter argued that Carlson had twisted the email to push an “outright lie” about the news network.

“CNN has 4,000 staffers. One exec sends an email about vaccine hostility opining that ‘the carrot is no longer going to work.’ Carlson obtains it. And his show turns it into an outright lie: ‘CNN WANTS TO USE A ‘STICK’ ON THE UNVACCINATED’,” Stelter wrote.

CNN has 4,000 staffers. One exec sends an email about vaccine hostility opining that “the carrot is no longer going to work.” Carlson obtains it. And his show turns it into an outright lie: “CNN WANTS TO USE A ‘STICK’ ON THE UNVACCINATED”

The Biden administration aimed to have 70% of US adults receive at least one Covid shot by July 4. Currently, around 66% of American adults have had their first dose, while 57% have been fully vaccinated. Among the general population, 49% are fully inoculated. While there are no federal mandates forcing Americans to get jabbed, medical facilities, universities and other institutions have created their own compulsory vaccination rules.

Washington’s Covid czar Dr. Anthony Fauci recently raised eyebrows after suggesting that local mandates would eventually require most Americans to get vaccinated if they want to be part of society.