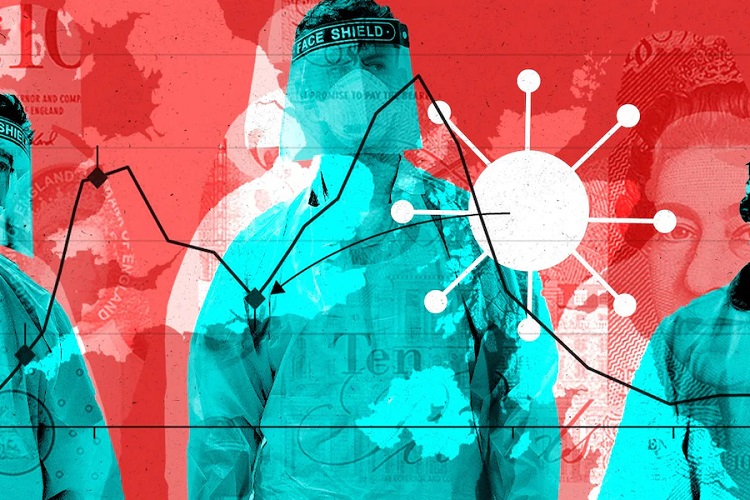 The nation and the world come grinding to a halt, and it is just another “interruption.”

In 1776, there was a revolution against restraints from a foreign power. Now there is bleating from domestic governors about lockdowns, tracing, testing, vaccinating, and the majority of the populace obeys these tyrants without question. Even with loyalty.

Birthed after blood and sacrifice, national government in the United States was severely hamstrung, in order to prevent abuses of power. But it has become the teat, the Giver and the Taker. The wanton parent.

And now for decades, people have shrugged: “What harm could come from a government giving gifts?”

People say, “What harm could come from schools that don’t teach history? We already have freedom. Who cares how we got it?”

The exalted nature of Liberty has been disposed of in a sea of amnesia.

“There is danger from all men. The only maxim of a free government ought to be to trust no man living with power to endanger the public liberty.” (John Adams, 1772)

If ye love wealth better than liberty, the tranquility of servitude better than the animating contest of freedom, go home from us in peace. We ask not your counsels or arms. Crouch down and lick the hands which feed you. May your chains set lightly upon you, and may posterity forget that ye were our countrymen.” (Samuel Adams, 1776)

“The people never give up their liberties but under some delusion.” (Edmund Burke, 1784)

Does none of this matter now? Are pacification and passivity the cardinal virtues? If so, I suggest a new Constitution, where we can enshrine these qualities with official language and be done with it.

ONE: Shout “this is science!” when anyone threatens the power of government.

TWO: Censor dissent for the sake of public safety, according to guidelines laid down by government and corporations. Disrupt the lives of dissenters.

THREE: Give up Liberty when the authorities demand it.

That is all. Done.

Exalted Liberty, tossed overboard into a sea of hypnotic assurance.

“Perhaps the enemies of liberty are such only because they judge it by its loud voice. If they knew its charms, the dignity that accompanies it, how much a free man feels like a king, the perpetual inner light that is produced by decorous self-awareness and realization, perhaps there would be no greater friends of freedom than those who are its worst enemies.” (Jose Marti, 1893)

“What light is to the eyes, what love is to the heart, Liberty is to the soul of man. Without it, there come suffocation, degradation and death.” (Robert G Ingersoll, 1887)

If I had a child, I would home school him, and for a year we would do nothing but delve deeply into these and other remembrances of Liberty, re-establishing its exalted nature. For those of you who do have children, that is what I suggest.

An education of mind, body, heart, and soul.

Where Liberty once was.

That creature called socialism is, in effect, the transfer of any remaining Liberty to government, based on the fatuous hope that giving complete power to a tyrannical force will somehow reform that force and transform it into a messiah. And this is the best formulation. A more realistic appraisal would be: socialism is a notorious promoted enslavement, whereby elite men behind a curtain preach Centralized Authority as Kindness and Fairness, in order to raise an army of idealistic ravening wolves who will dispossess the people of everything they own.

Obviously, in order for this operation to succeed, the people must have forgotten that ANY quality of The Individual could occupy an exalted and eternal position—a quality such as Liberty.

Once upon a time, defiant poetry about Liberty from oppression could move armies. The stakes were as high as they have ever been.

From history.com: “…General George Washington’s troops were encamped at McKonkey’s Ferry on the Delaware River opposite Trenton, New Jersey. In August, they had suffered humiliating defeats and lost New York City to British troops. Between September and December, 11,000 American volunteers gave up the fight and returned to their families. General Washington could foresee the destiny of a rebellion without an army if the rest of his men returned home when their service contracts expired on December 31. He knew that without an upswing in morale and a significant victory, the American Revolution would come to a swift and humiliating end.”

“…[Thomas Paine’s] Common Sense was the clarion call that began the revolution. As Washington’s troops retreated from New York through New Jersey, Paine again rose to the challenge of literary warfare. With another pamphlet] American Crisis, he delivered the words that would salvage the revolution.”

“Washington commanded that the freshly printed pamphlet be read aloud to his dispirited men; the rousing prose had its intended effect. Reciting Paine’s impassioned words, the beleaguered troops mustered their remaining hopes for victory and crossed the icy Delaware River to defeat hung-over Hessians on Christmas night and on January 2, the British army’s best general, Earl Cornwallis, at the Battle of Princeton. With victory in New Jersey, Washington won not only two battles, but also the love and thanks of man and woman.”

Paine’s famous words: “THESE are the times that try men’s souls. The summer soldier and the sunshine patriot will, in this crisis, shrink from the service of their country; but he that stands it now, deserves the love and thanks of man and woman. Tyranny, like hell, is not easily conquered; yet we have this consolation with us, that the harder the conflict, the more glorious the triumph. What we obtain too cheap, we esteem too lightly: it is dearness only that gives every thing its value. Heaven knows how to put a proper price upon its goods; and it would be strange indeed if so celestial an article as FREEDOM should not be highly rated.”

Paine wrote more: “…I have as little superstition in me as any man living, but my secret opinion has ever been, and still is, that God Almighty will not give up a people to military destruction, or leave them unsupportedly to perish, who have so earnestly and so repeatedly sought to avoid the calamities of war, by every decent method which wisdom could invent.”

“Neither have I so much of the infidel in me, as to suppose that He has relinquished the government of the world, and given us up to the care of devils…”

“…in the fourteenth century the whole English army, after ravaging the kingdom of France, was driven back like men petrified with fear; and this brave exploit was performed by a few broken forces collected and headed by a woman, Joan of Arc.”

“…Let it be told to the future world, that in the depth of winter, when nothing but hope and virtue could survive, that the city and the country, alarmed at one common danger, came forth to meet and to repulse it.”

“…Say not that thousands [of soldiers] are gone, turn out your tens of thousands; throw not the burden of the day upon Providence, but ‘show your faith by your works,’ that God may bless you. It matters not where you live, or what rank of life you hold, the evil or the blessing will reach you all. The far and the near, the home counties and the back, the rich and the poor, will suffer or rejoice alike. The heart that feels not now is dead; the blood of his children will curse his cowardice, who shrinks back at a time when a little might have saved the whole, and made them happy. I love the man that can smile in trouble, that can gather strength from distress, and grow brave by reflection. ‘ Tis the business of little minds to shrink; but he whose heart is firm, and whose conscience approves his conduct, will pursue his principles unto death….”

The contest is not over. It is never over.

This article (Lockdowns, tracing, testing, vaccinating, and Liberty) was originally created and published by Jon Rappaport’s Blog and is re-posted here with permission.