Lack Of Sleep Makes It Harder To Stop Unpleasant Thoughts 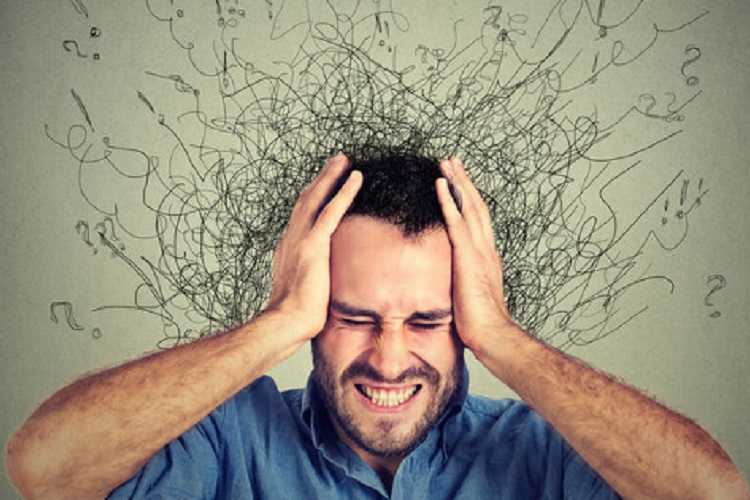 Insufficient sleep can significantly reduce your ability to keep unwanted thoughts at bay, according to a study out of the U.K.

In a collaborative effort, researchers from the department of psychology at the University of York and the Cognition and Brain Sciences Unit at University of Cambridge, determined that individuals who are deprived of sleep are significantly less able to stop the intrusion of negative memories than those who are well-rested.

The study,[i] published in the journal Clinical Psychological Science, suggests that poor sleep habits and emotional disturbances can create a vicious cycle that exacerbates itself, highlighting the importance of sleep in recovery from emotional distress.

Unpleasant thoughts and associated physiological responses, like nervousness and sweating, may occur as the result of a triggering encounter. For example, someone who was robbed may become uncomfortable when they return to the scene of the crime, or a person who has experienced a car accident may become nervous and start to sweat when they are being driven too fast in a car.

If you are confronted with a reminder of a traumatic event, it’s normal for negative thoughts and feelings to arise. However, an individual’s ability to suppress unwanted thoughts varies greatly, along with the ability to regulate emotions once a negative thought has been triggered.

Now, researchers have identified a clear association between the amount of sleep you get and your ability to stop unpleasant thoughts and associated negative feelings, a faculty linked to mental health and overall well-being.

Researchers tested a hypothesis that successful memory control requires adequate sleep by recruiting 60 healthy young adults for the study. Participants were assigned to either the “sleep” or “no sleep” group and asked to refrain from consuming both alcohol and caffeine for 24 hours before the experiment.

Reminder cues consisted of 48 emotionally neutral face images. An equal number of “target” images were selected from an international picture database, depicting both negative (a war zone) and neutral (a cityscape) scenes.[ii] Face-scene pairs were created by randomly assigning each face cue with a specific target scene.

In phase one, participants provided emotional-affect rankings for scenes using a scale that ranged from a sad face with a numeric value of “1” (far-left side of scale) to a smiling face with a value of “9” (far-right of scale).

Participants completed two emotion-ranking sessions that were divided by an overnight delay containing either sleep or no sleep. During each session, subjects were instructed to focus on a screen that presented a scene image for a few seconds, followed by a few seconds of blank screen. They were asked to provide an emotion-rank from 1 to 9 for each scene. A session was complete after all 48 scenes had been viewed and ranked.

Phase two of the trial was a learning-and-testing phase in which the face-scene pairs were fully memorized by the participants. Phase two was completed after each of the 48 face-scene pairs had been correctly identified by each subject at least once.

A second identical test was administered to reinforce learning through “overtraining,” which ensured each participant would have trouble preventing scenes from intruding into their consciousness during the later “no-think” assessment phase.

Finally, the intrusiveness of thoughts was ranked by participants in the TNT assessment phase by pressing a key corresponding to one of three options — never, briefly and often — after each face cue was presented. This rating represented the subject’s ability to suppress thoughts of the associated scene after seeing each face cue.

Sleep group participants were given an eight-hour sleep opportunity during the overnight delay, while no-sleep group subjects remained awake in a university seminar room under the supervision of at least one researcher. At the time of the second affect-evaluation session, no-sleep subjects had been awake for more than 24 hours.

While those who had slept found it easier with practice, the no-sleep participants had a consistently difficult time keeping unwanted thoughts about the negative and neutral scenes out of their minds.[iii] No-sleep subjects reported nearly 50% more thought intrusions than well-rested individuals, demonstrating that sleep deprivation significantly impairs memory control.[iv]

Sleep-deprived participants also had significantly higher negative thought relapses than those who had slept, indicating that initial control over thoughts gave way to uncontrolled negative thoughts when reminders were later encountered. In summary, a fatigued body correlated to less thought control overall.

Researchers also tested whether sleep deprivation affected the relationship between thought suppression and resultant emotions and found that subjects who were able to effectively suppress negative thoughts also felt less negative emotion when those scenes were subsequently encountered.

Researchers concluded by raising the possibility that sleep deprivation disrupts control over those parts of the brain that support memory and emotional regulation. Chronic sleep disturbance is a formal symptom of most psychiatric conditions, particularly those disorders that are characterized by intrusive thoughts, such as PTSD, schizophrenia and major depressive disorder (MDD).[v]

Sound, consistent sleep is a pillar of good health. If you or someone you love is having difficulty with sleep, consult the research on sleep disorders on GreenMedInfo.com, the world’s most widely referenced, evidence-based natural medical resource. 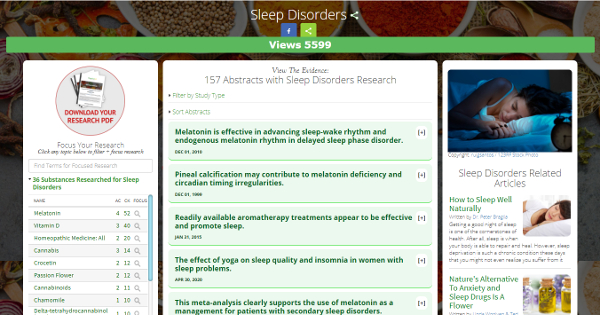