How And Why Government Creates Disease Panic 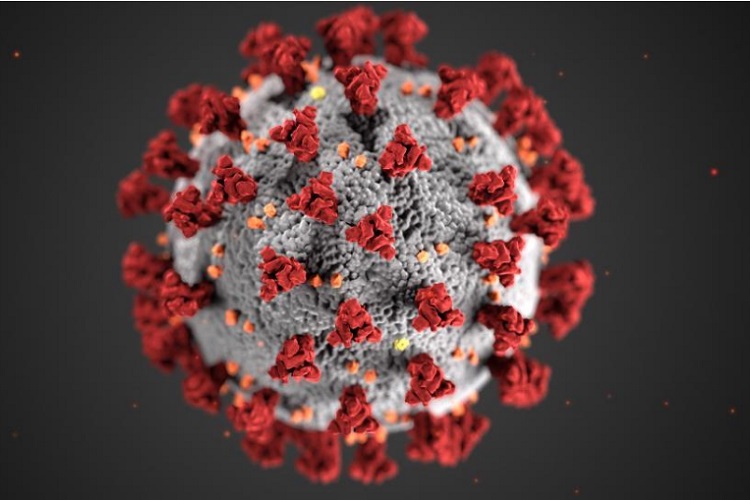 Famed Johns Hopkins doctor Marty Makary recently wondered why “amid the dire Covid warnings, one crucial fact has been largely ignored: Cases are down 77% over the past six weeks.”

He points out that “If a medication slashed cases by 77%, we’d call it a miracle pill.” The number of cases is “plummeting much faster than experts predicted” because Makary writes, “natural immunity from prior infection is far more common than can be measured by testing.”

Makary has this good news: “Covid will be mostly gone by April, allowing Americans to resume normal life.”

Most Americans haven’t heard Makary’s forecast. While he was sharing good news, Anthony Fauci moved the goal line further back, saying it will not be until 2022 when life will “approximate the kind of normality we’ve been used to.”

Makary observes, “Many experts, along with politicians and journalists, are afraid to talk about herd immunity.” He rebukes those who mislead the public saying, “Scientists shouldn’t try to manipulate the public by hiding the truth.”

Efforts to hide the truth won’t end soon. It’s been almost one year since Covid-19 lockdowns began in America. Yet, many days still bring evidence of ongoing, out-of-proportion reactions to the virus. Teachers’ unions refuse to go back to work. Nursing homes extend cruel policies isolating elders from loved ones.

Philipp Bagus, José Antonio Peña-Ramos, and Antonio Sánchez-Bayón (subsequently referred to as Bagus) in their journal article “COVID-19 and the Political Economy of Mass Hysteria” provide comprehensive answers to Professor Boudreaux’s question. They argue that “people have been scared by SARS-CoV-2 to an extent not easily explainable by their own minuscule risk of death from it.” The article exposes causes of widespread “irrational behavior.”

You don’t have to deny Covid-19 or its terrible consequences to consider why good news like Makary’s is largely ignored. Bagus points to “biased media coverage, incomplete and asymmetric information, personal experiences, fears, inability to understand and interpret statistics, and other cognitive biases” as factors that “lead to distorted risk judgments.”

To be sure, the human brain is wired for negativity bias, so mass hysteria can occur without government manipulation. Bagus explains:

“There can certainly be mass hysteria without the state in a private law society or within the context of a minimal state. This possibility exists due to the negativity bias of the human brain which makes people vulnerable to delusions. Due to biological evolution, we focus on bad news as it may represent a possible threat. Focusing on negative news and feeling a loss of control may cause psychological stress that can develop into a hysteria and propagate to a larger group.”

Anxiety and fear can spread through a social process of conformity:

“Once anxiety has spread and the majority of a group behaves in a certain way, there is the phenomenon of conformity, i.e., social pressure makes individuals behave in the same way as other members of the group. In the end, there may be a phenomenon that has been called emergent norms: when a group establishes a norm, everyone ends up following that norm. For example, if a group decides to wear masks, everyone agrees to that norm. Emergent norms may explain the later stages of contagion. Contagion by fear can lead people to overreact strongly in a situation, even in a minimal state.”

Crucially Bagus points out that without a strong government reaction, “there exist certain self-corrective mechanisms and limits that make it less likely for a mass hysteria to run out of control.”

When even a minority exercise their property rights and ignore collective panic, hysteria is undermined:

“While anyone in a hysteria related to public health may voluntarily close their own business, wear a mask, or stay at home, in a minimal state, no one can use coercion to force others who are healthy and do not succumb to the hysteria to close their businesses, wear masks, or quarantine. A minority can just ignore the collective panic and continue to live their normal lives, because they are free to do so. Such a minority can be an example and a wake-up call to those that do succumb to the collective hysteria or are close to doing so. This minority may be especially attractive to borderline cases.”

Bagus explains how the example of others limits hysteria: “Suppose that a small group of people during a collective health hysteria continues to go shopping, to work, to socialize, and breathe freely and does not fall ill (massively and fatally). Having this example, the anxiety of observers may fall. Observers may follow the example, and the group of hysterics shrinks.”

First, governments diminished and prohibited “those activities that do reduce fear and anxiety, such as sports, diversion, and socializing. During the Covid-19 crisis, states used their coercive power to impose social isolation, thereby contributing to anxiety and psychological strain, both ingredients that spur mass hysteria.” They explain further:

“In order to shield against biopsychological infections, the population should exercise regularly, have quality sleep, exercise regularly (sic), have a balanced nutrition, and maintain a strong connection with other people. Governments around the world mandated lockdowns and masks during the COVID-19 crisis, making it more difficult for citizens to do any of these things. More specifically, social distancing imposed by governments reduces strong social connections, and mandatory masks prevent expressing friendliness and compassion, thereby decreasing psychological resilience.”

Recently, universities such as the University of California at Berkeley and the University of Massachusetts prohibited students from engaging in outdoor activity even though the risk of illness from exercising outdoors is inestimably small.

Importantly Bagus explains, “It is one of the core characteristics of decentralized systems that they allow for competition, error detection, and correction.” Unfortunately, the most hysterical can gain control of the decision-making apparatus:

“Competition allows discovering information about the real danger of the perceived threat. While the havoc inflicted by collective hysteria is limited by the protection of private property rights in a private law society or a minimal state, such limits can be easily overcome by a modern welfare state. In fact, a well-organized group that has been infected by collective hysteria may be in charge of the state or get to control the state apparatus. In such a position, this group can impose measures on the rest of the population, inflicting almost unrestricted harm.”

In short, “People that oppose the state’s approach to the problem because they have not succumbed to the hysteria are suppressed. They cannot demonstrate alternative ways to solve the ‘crisis'” as the state prohibits alternative points of view and increases groupthink.

Next, in a modern welfare state, the media may be politicized. Today, Democrats in Congress press for further censorship of “misinformation and disinformation” on social media with alarms of “grim consequences for public health and safety.”

“Being reminded and made aware of one’s own mortality constantly produced anxiety. Emotional pictures of coffins, mass graves, and patients on ventilators contributed to the collective fear. An excess of COVID-19 news generated anxiety and panic, also called “headline stress disorder”. Negative social media news generates psychological stress that was unknown in former times and is well suited to cause mass hysteria.”

Anthony Fauci, rather than Marty Makary, is more likely to be a source for a news story. Alternative paths forward, such as the Great Barrington Declaration, are censored or suppressed. Bagus writes,

“Negative news from an authoritative source produces anxiety and is particularly harmful for psychological health. Experts that endorse the credibility of a threat increase the spread of mass hysteria. Many people, especially in times of crisis, look for help from the modern state. They attach great authority to the representatives of the state and to the warnings of state institutions. When doctors such as Anthony Fauci speak in the name of the state telling people that they face a terrible threat and have to wear masks and stay at home, it becomes easier for a collective hysteria to develop than would be the case in a more decentralized society where no such powerful central authority exists.”

First, Do No Harm

Makary rebuked those who instill fear. Bagus warns the state “may actively want to instill fear in the population, thereby contributing to the making of mass hysteria.” Bagus gives the example of “a leaked internal paper of the German Department of the Interior” that recommended communication techniques to “spread fear.”

“First, the state authorities should stress the breathing problems of COVID-19 patients because human beings have a primordial fear of death by suffocation which can easily trigger panic. Second, the experts emphasized that fear should also be instilled in children, even though there is next to no risk to children’s own health. However, children could get easily infected by meeting and playing with other children. According to the report, children should be told that when they infect their parents and grandparents in turn, they could suffer a distressful death at home… Third, the German government was advised to mention the possibility of unknown long term irreversible health damage caused by a SARS-CoV-2 infection and the possibility of a sudden and unexpected death of people who were infected.”

Bagus further explains, “It lies in the interests of a government to emphasize citizens’ vulnerability to external and internal threats, because the state’s legitimacy and power rest on the narrative that it protects its citizens against such dangers.”

We might ask why government has suppressed consideration of effective preventions such as vitamin D and possible treatments such as ivermectin, hydroxychloroquine, as well as ordinary asthma drugs. While treatments were suppressed, nearly 90% of those placed on ventilators died.

In his book Unaccountable: What Hospitals Won’t Tell You and How Transparency Can Revolutionize Health Care, Makary shares findings from his research on medical mistakes. Sadly, evidence indicates that when errors are made, few doctors have an interest in questions such as “How can this be prevented next time?”

Let’s put this all together. Human beings are prone to negativity bias and herding behavior. During this pandemic, governments exacerbated rather than eased an out-of-proportion, fear-driven reaction to the pandemic. Actively fueling hysteria has exacted terrible economic, social, mental health, and educational consequences without providing demonstrable relief from the effects of Covid-19. Sadly, How can this be prevented next time? is a question few will consider.

Barry Brownstein is professor emeritus of economics and leadership at the University of Baltimore. He is the author of The Inner-Work of Leadership. To receive Barry’s essays subscribe at Mindset Shifts.