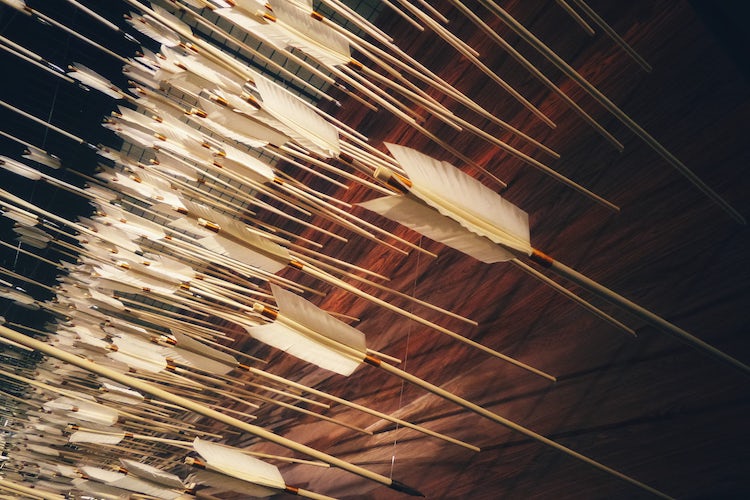 So many of the things we experience in today’s world only makes sense when you don’t think them, but  when you do think about them, they only make sense if you recognize them as an attack.

From the old French definition, attack means to: “assault, assail, (or) begin hostilities against.”

In our context, the attack on you is about assaulting, assailing, and waging hostilities against your independence by weakening you physically, mentally and spiritually, so that you unconsciously seek protection amongst the tribe and forfeit your potential to mass mediocrity.

Most people have a hard time fathoming that many of the conveniences and customs in our lives constitute an attack on our well-being and personal power, yet at the same time so many are struggling with their health, their finances, and in their relationships, and find it difficult to make progress toward their vision for their lives.

Calling it all a conspiracy theory is an easy way of disregarding the glaring truth about what it means to be a ‘consumer’ today, but the fact is that we are generations deep into the total inversion of American and Western culture. Self-destruction is promoted as virtuous and noble, while protecting yourself and being strong and fiercely independent are increasingly viewed as being selfish and harmful to society.

So, why is it such a challenge for people today to get healthy, and move effortlessly towards prosperity and wellness?

For years at Waking Times we’ve been documenting the degradation of our food supply, which is now super-polluted with toxic chemicals, glyphosate, sugar, plastic, and food additives, and is generally lacking the nutrition we need to thrive.

We’ve documented how the medical establishment bans effective and affordable health care options in order to corral consumers into the cut-and-drug model of for-profit medicine, even though ‘medical errors’ are the third leading cause of death in America, according to CNBC.

We’ve documented the financial attack on the middle class, which is now being fully revealed, creating disastrous inflation that is putting the squeeze on all of us while aiming to corral us into a cashless digital fiat system that can be used to punish us for wrong-think, as is already happening in Canada.

We’ve looked at how the war on consciousness is aimed at outlawing opportunities to experience heightened and transcendent states of consciousness, while actively promoting and permitting self-destruction via poisons like alcohol, tobacco and opiates.

We’ve also looked at how the education system trains people to be obedient and non-critical of pro-establishment views and perspectives, setting them up to be workers and wage earners rather than self-reliant business owners and independent thinkers.

Additionally, we’ve discussed in great detail the spiritual attack, including all of its overtly Satanic and Illuminati symbolism coming from Hollywood, TV, the music industry, and celebrity culture. This is accompanied by the incessant messaging of fear and fear propaganda coming from mainstream media, serving to continually lower us to base levels of consciousness.

How do these attacks reveal themselves in your life?

First and foremost, these negative influences create stress in our lives, and when the human body is under stress it responds physiologically by moving into what is known as fight or flight mode, which is the main factor in why people self-sabotage. When the brain is in this mode, it moves to a more base level of thinking, prioritizing short-term security and comfort over long-term success and happiness, and delivering an addictive swarm of chemical messengers to the nervous system.

Secondly, living in a society this programmed for self-destruction becomes self-fulfilling because the subconscious mind continually scans the environment to gauge what behaviors are most accepted and least likely to result in ostracism from the dominant tribe. Seeing everyone else do things to destroy their health and vitality is seen as normal, and so we do what humans are best at… imitating, mimicking and copying. The longer this goes on, the more insane it all gets.

When you finally understand that almost all of your behavior is the result of the subconscious mind’s drive towards inclusion among the dominant tribe, you can see that it’s no wonder why so many are stuck in unproductive, unhealthy habits. We are weakened and far removed from our natural state of personal power, and therefore we do whatever other people are doing so as to avoid the risk of being cast out and having to find stability and security of our own merit.

Looking at your life, what effect is all of this toxicity and self-destructive programming having on your life?

What are some of the ways in which you sabotage your own success and happiness?

Do you feel like you’re always doing more for others than for yourself?

Have you tried to lose weight, but just gain it all right back after making some progress?

Do you have financial goals that always seem just out of reach?

Are you stuck working a job you hate that’s taking you nowhere in life?

Are your relationships in chaos and full of drama?

Do you self-medicate with alcohol, pills, TV, food, sex, or anything else just to escape the nagging feelings of drowning and being overwhelmed by life?

Do you procrastinate and avoid making decisions or taking action when you know it’s what you need to do?

Do you outsource your health to doctors who are less healthy than you?

Are you frequently stuck in looping patterns of self-defeating thoughts and hyper self-criticism?

What else are you doing that you know is holding you back?

Living in the hamster wheel of life, always burning up your good energy on menial tasks, and failing to take drastic action towards your dreams is precisely where the control matrix wants you. If the the strongest, most intelligent, most proactive citizens in our society are forever locked into a pitched battle against themselves, then tyrannizing the world is just plain easy to do.

As a self-mastery and self-sabotage coach, I look at this issue as something that can be overcome via education, subconscious reprogramming, and by learning the skill of letting go, which gives you freedom from the negative emotional states which keep you bound to the same disappointing results you experience everyday.

In an upcoming masterclass on self-sabotage I’ll show you the cutting edge science of the mind that is being used against you everyday, and how you can reverse engineer this process to make it easy for you to succeed and win at your life. Part one will explain the two most important keys to unlocking the potential of your mind, and part two will be a deep dive into specific types of self-sabotage, with effective, practical tools for re-programming your life for success and happiness.

When you know what’s really happening you give yourself the chance to step out of the cycles of self-sabotage, and when you train your mind to start working with you, rather than against you, the results you are looking for come easily, quickly and effortlessly. It is powerful, and there has never been a more critical time to assess the influences on your well-being and make drastic course corrections where needed. We are entering some very challenging times, and to move forth with a solid foundation of peace, strength and power will give the best chance to be of service to your family and community, where you are needed. Register here for Crack the Code of Self-Sabotage.

This article (How the Multi-Dimensional Attack on YOU Reveals Itself in Your Life) was originally created and published by Waking Times and is published here under a Creative Commons license with attribution to Dylan Charles and WakingTimes.com. It may be re-posted freely with proper attribution, author bio, and this copyright statement.