The Danger of Living in Two Realities 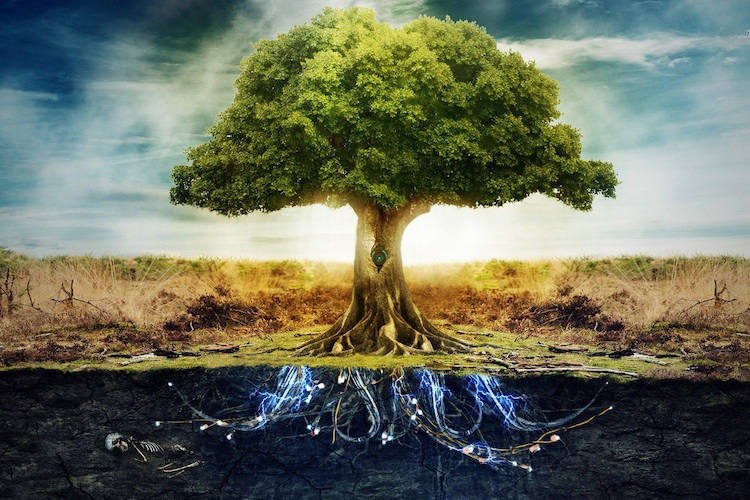 Perhaps some of you are old enough to recall life before computers, before the internet, before smart phones, before 5G, before wireless and wi-fi, before all of it?

In just a short few decades we have created an entire alternate reality, which keeps expanding and becoming more complex as it now lures real people into the the very unreal world of the metaverse.

Today, as we speak, tens of thousands of 5g satellites are being installed in our atmosphere, there is a global push to corral all people into a web of digital passports and social controls, money is moving from the tangible realm to the digital realm, work is being pushed to the home office computer and zoom, the internet of things is expanding to include the most mundane appliances, and our social networks are being digitized.

We have no idea where this will end up, but already the evidence portends catastrophe.

There is a very real danger of living in two realities. Especially when one of those realities is only a shallow replica of the things which give us life, energy, health, vitality, peace of mind, purpose, balance, and harmony.

I wanted to share this excellent presentation by Paul Chek to help you grasp the real and stunning chasm between these two worlds, because, what good is being human if we are sick, exhausted, overwhelmed, afraid, isolated, agitated and distracted? Yet this is precisely where we are headed. Can’t you feel it already?

“If you want to make people profitable all you got to do is make them scared, and all you got to do is make them believe the only they can get what they want is to do what they’re being told. But if you believe that that is a real tree, and you believe you see the whole tree, then you’ll believe whatever they’re programming you with as fact, instead of asking, what’s below the tree, what’s on the left side, what’s on the right side, what’s above it, and what’s behind it. And if you don’t start looking below, above, front, back and side of the ideas being promoted to you, or programmed into you by the sorcerers, you’re going to end up sick. You’re going to end up dead, or you’re going to end up in a constant state of fear, or potentially all of those if you’re not careful.” ~Paul Chek

This article (The Danger of Living in Two Realities) was originally created and published by Waking Times and is published here under a Creative Commons license with attribution to Dylan Charles and WakingTimes.com. It may be re-posted freely with proper attribution, author bio, and this copyright statement.