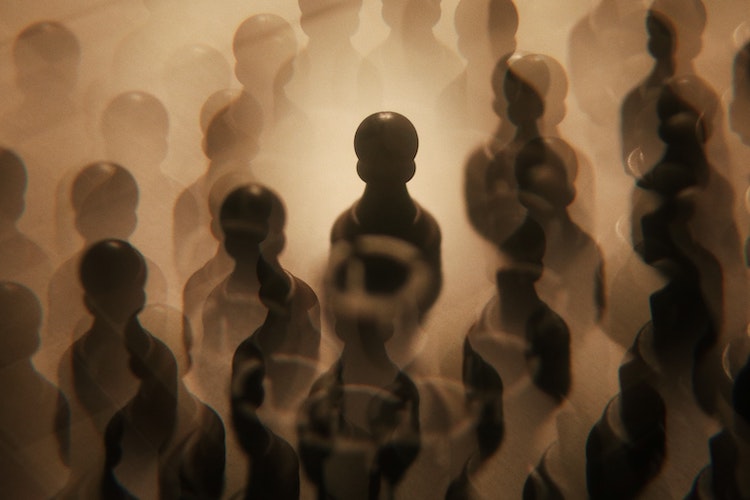 If you’re reading this then you’ve probably already stepped into the realization that our world isn’t what it seems, that mainstream news corporations play an important role in shaping this dysfunctional society, and that behind all of the pomp and circus of politics is a wicked agenda to control you.

This is the Matrix. It’s a manufactured reality which exploits human psychology to mass produce obedience and consent. If you’re willing to engage in cognitive dissonance, it can be quite a fun and lovely place.

But there’s a glitch in the Matrix that you need to know about. You.

When you understand what is happening and what inroads this system uses to break into your consciousness, then you can easily use their own tricks in your favor to experience deep inner freedom, sovereignty of mind, and a joyful, empowered presence in the midst of this historical upheaval we’re in.

The key is in understanding how the control system really controls you, and it might not be what you think.

You are a pawn on his chessboard, and while he said this long before Covid, had he lived another few years I imagine he would have been delightfully surprised to see that the government’s power to impose physical and psychological control is at its historical peak. Who needs to kill a million people when a billion people will lock themselves up, deprive themselves of human connection, follow any safety protocol no matter how irrational, and self-police each other for doing the most fundamentally human activities like showing your face or unfettered breathing of air.

So how do they do it?

READ: Watch This if You Still Believe People Are Thinking For Themselves

But how does this really work?

I’m going to keep this article simple. I’ve been writing about this for close to ten years, and have been helping my clients to see through the influence of mind control in their own lives. Mind control is simply the effort to influence a person’s thoughts and behaviors, for whatever end. In our case today, the most devastating effects of mind control are quite subtle and largely unseen. In essence, the sum total of all the manipulative influences in our culture has the effect of causing us to make decisions which do not serve our best interests, while also restricting our ability to envision our highest potential and to self-actualize to the degree in which we can live our best, most empowered lives

Self sabotage and self mastery. You are subtly encouraged to trip yourself up in every way possible, while overtly discouraged from standing out and rising above the herd.

The thing is, once you know this is happening, and once you develop the self-awareness needed to make truly independent decisions which support your health and prosperity, then you’ve basically just booted the Matrix out of your own head. And we need more people who operate outside of this oppressiveness. Especially now, when blind conformity to government edicts, mandates, decrees, social pressure and fearmongering is causing people to behave in such irrational, illogical, and inhumane ways.

I think that the best way to gauge the effects that this all is having on you is to sit down and take an honest and fearless inventory of your life, focusing on your habits and your dreams. List them out. Write them all down. Analyze them, think about them, meditate on them. What serves you, what does not? What would you be like if you were living all the way up to your potential?

We don’t really have a lot of time left to get this right. The technocracy is beating down your door. The financial reset and cashless society are coming at us at lightening speed. We are moments away from a global mandate requiring all human beings to inject pharmaceuticals that carry grave risks and alter forever your genetic code. The singularity is almost here, people, and the future is transhumanism. You are running out of time to break free from the Matrix. If you wish to maintain your humanity then you must act now to reclaim your mind, body and soul.

Recently I had an excellent conversation with self-sabotage coach Jason Christoff on my podcast, Battered Souls. It’s worth listening to a couple of times, as Jason is an excellent spokesperson for freeing yourself from the chains of self-sabotaging behavior. At the core of his message is the notion that toxic foods and chemicals, plus the repetitive negative programming in our culture coming from media, trap us in self-sabotaging behaviors by programming the subconscious mind to seek mediocrity, while the brain is constantly trying to make sound decisions under the stress of bing in fight or flight mode.

For example, Jason discusses how caffeine impacts the brain, causing the frontal lobe to disengage and the limbic system to take control, so that our behavior is steered completely by the subconscious mind, which is programmed to seek out acceptance from a tribe of obedient conformists who never seem to reach their full potential. I’ve been experimenting with this, lately, and as a former coffee addict I can say that when you apply this reasoning to your behavior and look carefully at each of your impulses, he’s right about caffeine. Going without it makes it much easier to think clearly, to stay focused on what’s important, and to have lasting natural energy throughout the day so that you actually have the stamina to pursue the actions which have the greatest positive impact on your life.

It’s powerful. And to then take that insight and examine how all of this prevents you from seriously embarking on a real journey of self-mastery is even more powerful. Because you are powerful. Way more so than you can yet fathom. In my practice as a self-mastery coach I can help you clear this subterfuge from your life and set you on your unique path towards self-actualization. More power to you.

This article (How Mind Control is Derailing Your Life – And How to Reverse It) was originally created and published by Waking Times and is published here under a Creative Commons license with attribution to Dylan Charles and WakingTimes.com. It may be re-posted freely with proper attribution, author bio, and this copyright statement.