Family of Brit Killed on 9/11 Presents Gov’t With 3,000 Pages of Evidence ‘Towers Blown Up from Inside’ 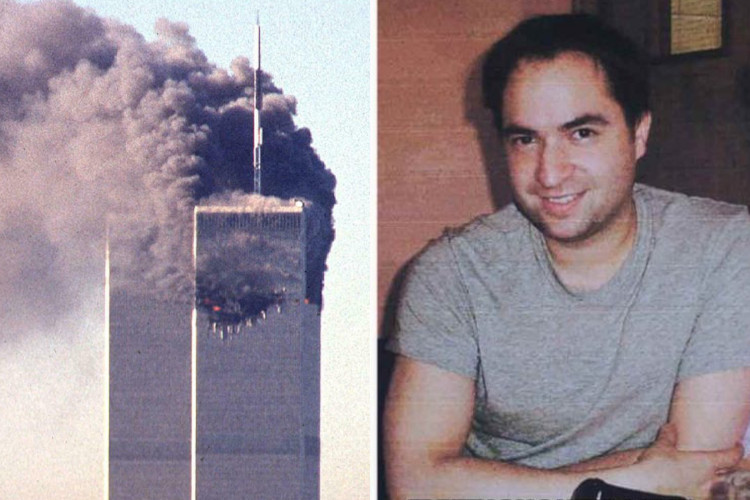 If you turn on your TV — even if you are watching subscription services — you cannot escape the mainstream media’s incessant harping on the botched withdrawal from Afghanistan. The blood-hungry pundits from both the left and right have been crying for a month that their beloved war is finally coming to an end. Yet not a single outlet covers the reasons, or lack thereof, for why we invaded Afghanistan, killed thousands of their children, maimed countless American troops, and then gave the country over to the Taliban along with billions in weapons.

Since that fateful day, thousands of well-meaning people have worked tirelessly to uncover the details behind the events of 9/11 which set off decades of horrific wars and killed thousands of people. Many of those working on finding this information are not even from America. Few people realize that 67 citizens of the United Kingdom perished in the fiery inferno on that foreboding day, one of whom was Geoff Campbell.

For the last several years, Campbell’s family has been working to expose evidence, which they say shows the towers were blown up from the inside. Campbell’s family, supported by a team of scientists who have been studying the collapse of the buildings, claim the towers were laced with explosives which is what brought them down — not the airplanes.

“I believe there has been a cover-up. We have scientifically and forensically backed evidence that the official narrative surrounding the Twin Towers collapse on 9/11 is wrong,” Geoff’s older brother Matt Campbell said.

Last week, according to the Mirror, a 3,000-page dossier was handed to the Government’s top legal adviser, acting Attorney General Michael Ellis, detailing their case.

The Mirror reports, according to the family’s research, seismographic recordings picked up ground movement 12 miles from the North Tower, 15 seconds earlier than 8.46am, when a hijacked American Airlines jet struck the building.

“I believe that my brother and thousands of others were murdered on 9/11 and there has been a cover-up,” Matt Campbell said. “We are still overcoming this tragedy, but we will never stop seeking the truth.”

According to the report, the family is using the UK Coroners Act 1988 to present their case. According to the act, they must demonstrate that evidence not considered at the first inquest in 2014 may lead to a different verdict.

“Asking for this inquest is an important step,” said Maureen Campbell, Campbell’s mother. “We need the truth in order to heal.”

According to Architects & Engineers for 9/11 Truth:

The application also includes witness statements from six scientific experts and from five eyewitnesses to the World Trade Center’s destruction, four of whom were first responders that day. All of the experts and eyewitness have offered to give testimony at the new inquest. Altogether, the application contains around 2,500 pages of evidence as well as select volumes of the official reports issued by the U.S. National Institute of Standards and Technology.

While the results of Campbell’s evidence have yet to be revealed, back in America, there has been a slew of evidence released.

At the end of March 2020, researchers at the University of Alaska Fairbanks issued the final report of a four-year computer modeling study on the collapse of World Trade Center Building 7. Its results are nothing short of paradigm shifting.

Despite calls for the evidence to be preserved, New York City officials had the building’s debris removed and destroyed in the ensuing weeks and months, preventing a proper forensic investigation from ever taking place. Seven years later, federal investigators concluded that WTC 7 was the first steel-framed high-rise ever to have collapsed solely as a result of normal office fires.

Last year, Architects & Engineers for 9/11 Truth announced the completed partnership with the University of Alaska Fairbanks (UAF) in their final report of an in depth four-year study on what they say actually brought down WTC 7. According to the press release, contrary to the conclusions of NIST, the UAF research team finds that the collapse of WTC 7 on 9/11 was not caused by fires but instead was caused by the near-simultaneous failure of every column in the building.

“Our study found that the fires in WTC 7 could not have caused the observed collapse,” said Professor Leroy Hulsey, the study’s principal investigator. “The only way it could have fallen in the observed manner is by the near-simultaneous failure of every column.”

The results of this study cannot be dismissed. It completely destroys the narrative that has been shoved down the throats of Americans for nearly two decades. What’s more, this study backs up thousands of other researchers, scientists, and engineers who have been pointing this out for years.

Finally, after nearly two decades of ridicule, dismissal, and outright intolerance of information contrary to the “official story” of what happened on 9/11, the public may finally learn the whole truth of what happened and who was behind it.