Can Ibogaine Solve the Opioid Crisis? 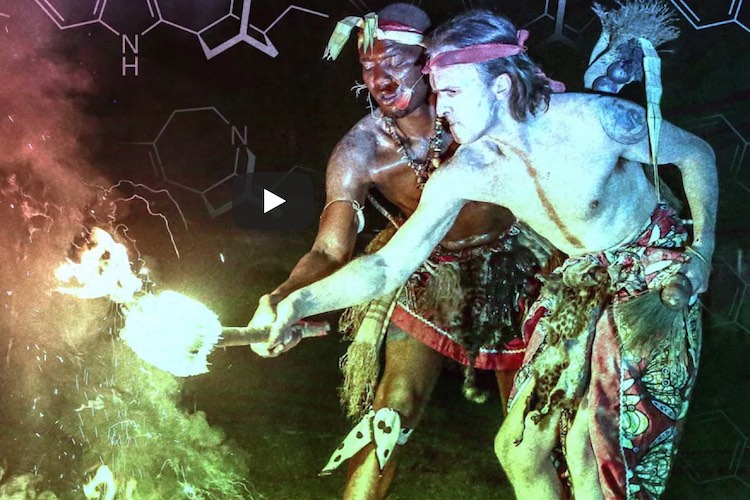 The opioid crisis rages on behind the scenes of Covid and every other thing occupying public attention, and in many big cities last year the crisis deepening. For example, in heavily locked down San Francisco, 360% more people died from overdoses than Covid-19.

We’ve been reporting on this issue for years but unfortunately, this is one of those public health issues, like medical cannabis, where the war on drugs is at odds with rationality, common sense and compassion.

Regarding opioids, there is a very promising natural cure for the deadly withdrawals which keep so many from detoxing, but the DEA has it listed as a Schedule I drug, outlawing its possession. Ibogaine is the psychoactive alkaloid in the visionary drug iboga, which is the root bark of a small African shrub, and for decades it has been known to be very effective in treating opioid addicts.

The government however criminalizes possession of ibogaine, because according to the DEA, “schedule I drugs, substances, or chemicals are defined as drugs with no currently accepted medical use and a high potential for abuse.”

This is from an article I wrote in 2014, Opiates, Iboga and the Roots of Self Destruction…

“Iboga is a psychoactive plant medicine derived from the root bark of a small African shrub, tabernanthe iboga, and has been used for perhaps thousands of years as a shamanic medicine and healing sacrament for tribal Africans of the Bwiti tradition and Pygmy peoples. The bark of the roots is removed, shredded, then ingested in raw form, or an extract of the primary psychoactive alkaloid, ibogaine, can be derived. Discovered as an anti-addictive medicine and potential cure for heroin addiction by Howard Lotsof in 1962, when properly administered as part of a comprehensive opiate detox program, it interrupts chemical dependence, remarkably stopping withdrawal symptoms almost immediately.

Most importantly, though, iboga reveals and can heal the root causes of addiction by triggering an intensely profound spiritual journey that can uproot and overcome the psychological basis of compulsive behavior.”

As the war on drugs grinds on leaving a generations deep trail of death, destruction and terror in its wake, it appears inevitable that drugs will eventually win. This is frustrating to those who need help now, of course, but as things go in this capitalistic world, changes often come when profitability enters the picture.

In a remarkable look at how ibogaine has become the most promising potential treatment for the opioid crisis, Bllomberg financial news produced this informative and honest look at the emerging market for this incredible treatment.

The film features footage from the African village where 10th Generation Mossoko Bwiti Shaman Moughenda Mikala teaches and works with this sacred medicine. The footage was commissioned by the proprietor of Iboga Wellness, an outstanding iboga retreat center in Costa Rica.

Dylan Charles is the editor of Waking Times and host of the Battered Souls podcast. His personal journey is deeply inspired by shamanic plant medicines and the arts of Kung Fu, Qi Gong and Yoga. After seven years of living in Costa Rica, he now lives in the Blue Ridge Mountains, where he practices Brazilian Jiu Jitsu and enjoys spending time with family. He has written hundreds of articles, reaching and inspiring millions of people around the world.

Dylan is available for interviews and podcasts, contact him at WakingTimes@gmail.com.

This article (Can Ibogaine Solve the Opioid Crisis?) was originally created and published by Waking Times and is published here under a Creative Commons license with attribution to Dylan Charles and WakingTimes.com. It may be re-posted freely with proper attribution, author bio, and this copyright statement.