As Oregon Decriminalizes ALL Illegal Substances, Drugs Are The Real Winner Of 2020 Election 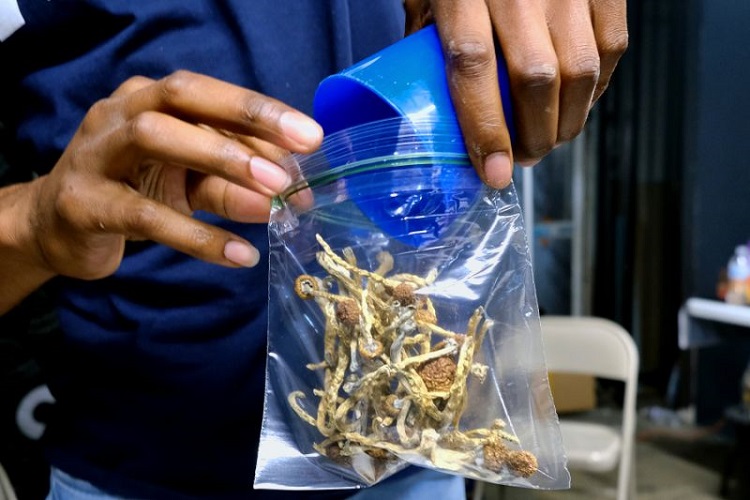 We don’t yet know which crazy old man will continue to fan the flames of the US Empire from the White House for the next four years, but there was some actual good news to come out of the polls yesterday. In a near-landslide, Oregon became the first state in history to decriminalize all drugs, including hard drugs like heroin, cocaine, and meth.

Showing the will of the citizens, the vote passed with 59% of voters in favor. The other 41% still lives in the dark ages where they think kidnapping and caging people is a way to treat substance abuse problems.

Instead of using the barrel of a gun to help those with substance abuse issues, Oregon is doing something amazing and using tax revenue from the sale of marijuana to offer addiction services. Currently, cannabis tax revenue in the state is over $100 million.

The catch is that only small amounts of drugs are decriminalized, such as less than 1 gram of heroin or MDMA; 2 grams of cocaine or methamphetamine; 12 grams of psilocybin mushrooms; and 40 doses of LSD, oxycodone or methadone. So, cops will still be kicking in doors, shaking down minorities and poor people, and violating their rights in a search for larger amounts of these substances.

However, criminal penalties for possession of these amounts are replaced with a fine of up to $100, which can be waived if the user is evaluated at Addiction Recovery Centers.

Highlighting the support for the legislation is the number of organizations who signed on to the bill. Over 100 professional organizations endorsed the measure including the Oregon Chapter of the American College of Physicians, Oregon Nurses Association, Oregon School Psychologists’ Association, Oregon Academy of Family Physicians, the ACLU and others.

Naturally, those who profit from prosecuting those caught with arbitrary substances deemed illegal by the state aren’t too happy with the passage of the bill.

Dozens of district attorneys stood against it, claiming that the measure “recklessly decriminalizes possession of the most dangerous types of drugs (and) will lead to an increase in acceptability of dangerous drugs.”

However, they are either lying or haven’t paid attention to other countries who have passed similar measures and have watched drug use and crime decline.

One of the most famous success stories in from Portugal who decriminalized all drugs in 2001. This never lead to an increase in drug use, but did result in a dramatic reduction of pathologies associated with drug use, such as sexually transmitted diseases and overdose deaths, according to a 2009 Cato Institue study.

The reality of America’s war on drugs is that it is not based on scientific evidence. Instead, it is based on a dark history of oppression, racism, and political corruption.

Below is a list of the top five industries who need you locked in a cage for possessing a plant in order to ensure their job security.

The person who wants to ingest a substance for medical or recreational reasons is not the criminal. However, the person that would kidnap, cage, or kill someone because they have a different lifestyle, is a villain on many fronts.

Luckily, with bills passing like the one in Oregon, the wall of tyranny that is the war on drugs is starting to come crumbling down.

**This article (As Oregon Decriminalizes ALL Illegal Substances, Drugs Are The Real Winner Of 2020 Election) was originally published at The Free Thought Project and is re-posted here with permission.**