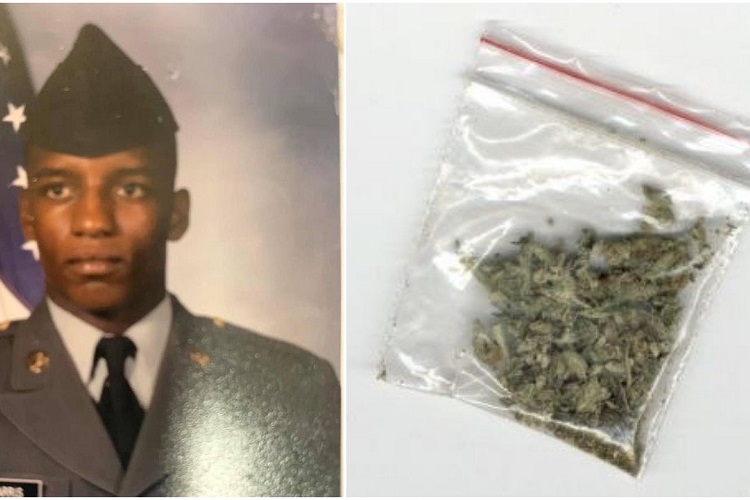 A U.S. military veteran who was sentenced to life in prison over less than $30 of marijuana is going to be released from prison, his lawyer said.

Derek Harris was arrested in Louisiana back in 2008 for selling undercover officer 0.69 grams of cannabis.

While Harris was initially convicted and sentenced to 15 years in prison, in 2012 he was resentenced to life in prison under the state’s draconian Habitual Offender Law, which grants judges the freedom to impose far harsher sentences on defendants with prior criminal charges.

However, prosecutors in Vermilion Parish have now agreed to release Harris from prison after he served nine years in prison, after he was granted a new hearing by the Louisiana Supreme Court last month.

The court agreed with arguments presented by Harris’ legal counsel that he had “ineffective assistance of counsel at sentencing on post-conviction review.”

Harris’ attorney, Cormac Boyle, said that District Attorney Keith Stutes’ office agreed that his client “received ineffective assistance at sentencing and was entitled to a lesser sentence,” but at the time Harris’ lawyer remained silent when the judge claimed he had no choice but to condemn him to life imprisonment as a habitual offender.

Harris also noted that his previous attorney didn’t even remind the sentencing judge that he had a duty to deliver a less severe prison term if the mandatory minimum sentence “shocks the conscience,” reports NOLA.

READ: Expert Issues Warning: Decriminalization of Psychedelics is NOT What You Think it Is

Boyle noted that his client’s case isn’t some freak incident but illustrative of Louisiana’s long history with the habitual offender law which disproportionately harms Black defendants in the state.

“It is certainly time for Louisiana to rethink how it uses the habitual offender law,” Boyle said. “While in theory such a law may be fine, in practice it perpetuates and exposes some of the worst aspects of the criminal justice system.”

Harris, who had previous offenses of theft and dealing cocaine, had developed a substance abuse problem following his return from Operation Desert Storm, the U.S. operation launched by the U.S. during the 1990-1991 Gulf War in response to Iraq’s invasion of neighboring Kuwait.

In his opinion, Louisiana Supreme Court Justice John Weimer noted that Harris’ “prior offenses were nonviolent and related to his untreated dependency on drugs.”

Harris was definitely “not a drug kingpin” nor did he fit the profile of “a drug dealer, so far as I can tell,” Weimer added.

It was for those reasons that Harris wasn’t given the maximum 30-year sentence during his initial sentencing, and was only given a life sentence by the trial court after the habitual offender bill had passed.

Harris’ case illustrates the grave plight faced by Louisiana’s roughly 4,700 prisoners serving life without parole, reports Washington Post. However, his recent victory before the Louisiana Supreme Court could see inmates finally being able to challenge their convictions on the grounds of draconian sentencing

Boyle said that Harris will soon be released from state prison and plans to relocate to Kentucky where he can restart his life with a brother and his family.