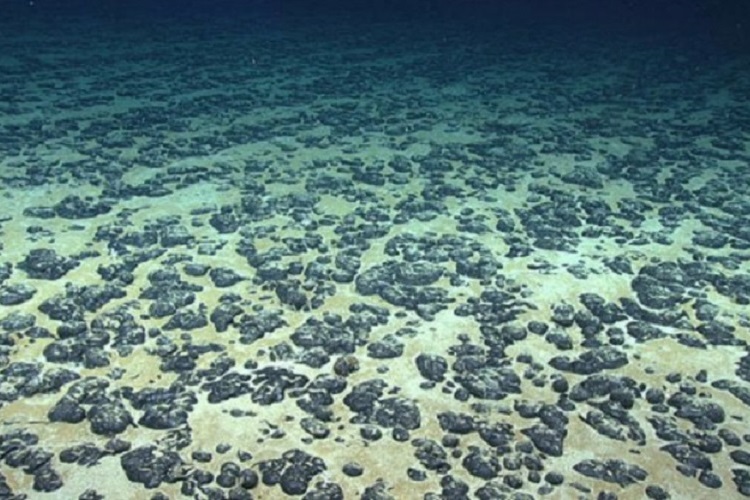 Researchers studying ancient mud from below the seafloor recently made a stunning discovery. They found that by simply adding food they were able to revive bacteria life that has laid dormant for 101.5-million-years.

Scientists at the Japan Agency for Marine-Earth Science and Technology extracted sediment from 70 meters below the seafloor. At this depth, the sediment represented about 100 million years of time and could not have contained any modern bacteria. Researchers plied the mud with sugar and ammonia and soon microbial cells began to feed and grow, activity that was confirmed by carbon and nitrogen isotope analysis.

Researchers believe the extraordinary microbes are oxygen-consuming aerobic bacteria, which differentiates them from anaerobic bacteria that flourish in seafloor environments where food is abundant.

In their paper on the discovery, they write:

“Our results suggest that microbial communities widely distributed in organic-poor abyssal sediment consist mainly of aerobes that retain their metabolic potential under extremely low-energy conditions for up to 101.5 [million years].”

The team took precautions to assure that there was no contamination from higher-level sediment and confirm that the bacteria they were looking at was as ancient as the mud samples suggested. They were able to corroborate that the dormant microbes originated when dinosaurs still roamed the Earth.

They also found cyanobacteria, or “blue-green algae” that utilizes photosynthetic processing even in the most extreme of conditions. Given that their growth occurred in the total absence of light, this is yet another mystery in the finding.

“What we found was that life extends all the way from the seafloor to the underlying rocky basement,” said oceanographer and study co-author Steven D’Hondt said. “And what [lead author Yuki Morono’s] paper now shows is that those organisms are not only alive in the deepest form of sediment, but they’re capable of growing and dividing.”

The discovery has profound implications for the perseverance and adaptability of life. It shows bacteria can slow itself down during an absence of food or energy and hibernate for enormous periods of time.

The research may also have implications for alien microbial and bacterial life, as Earth has now demonstrated that organisms can survive in extremely hostile environments – including boiling-hot hydrothermal vents and in remote areas without access to sunlight or food. When presented with these unfriendly conditions, life can essentially go into a very long deep sleep without dying.

There is no reason to think microbes on exoplanets aren’t just as adaptable and stubborn given the right planetary conditions.