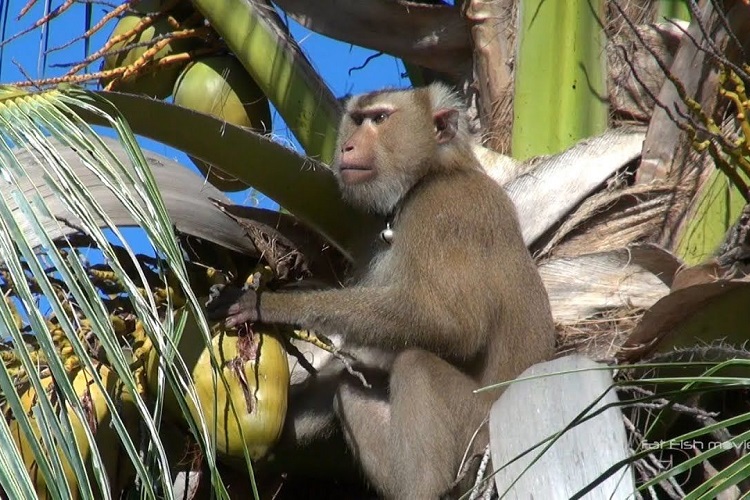 The animal rights organization PETA has found that monkeys are being used for slave labor on coconut farms in Thailand. PETA investigators based in Asia visited eight different coconut farms on which captive monkeys were forced to collect over 1000 coconuts per day. The investigators found that most of the major coconut milk producers in Thailand were using monkey labor to pick the coconuts.

The monkeys are kept in terrible conditions and subjected to routine abuse, and they are often driven to insanity by these conditions. They are not given the ability to socialize or have any kind of activity outside of their work, which breaks down their mental health.

The investigators noted that many of the monkeys were illegally abducted from their families when they were just babies.

The investigators were able to figure out the names of the brands connected to these farms. These brands include Aroy-D and Chaokohboth, both of which are sold in major stores around the world. Luckily, there are other places where coconuts can be sourced ethically, including Brazil, Colombia, and Hawaii, where coconuts are harvested with machines, which are often more efficient than monkey labor as well.

After these findings went public, many supermarkets in the United Kingdom promised to stop sourcing their coconuts from farms that use monkey labor. According to BBC, these companies include Waitrose, Ocado, Co-op and Boots.

Carrie Symonds, the UK prime minister’s fiancée, has called on all supermarkets to boycott these products.