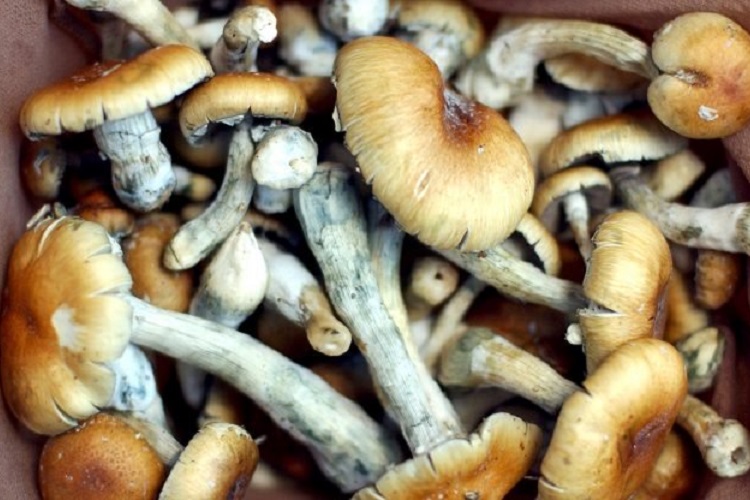 Oregon is taking concrete steps toward becoming the first state to end the prohibition of psilocybin or “magic” mushrooms.

Advocates from the Oregon Psilocybin Therapy Initiative, or Initiative Petition #34, said in a press conference Monday that they’ve managed to gather nearly 165,000 signatures, allowing voters in the Pacific Northwest state to decide this November whether the state will legalize the use of psilocybin in therapeutic settings, reports Oregon Live.

Once election officials can verify the validity of the signatures and count them the ballot measure will be included on the November ballot.

The proposed measure seeks to make legal the use of the psychedelic fungus in controlled doses within the framework of a regulated system overseen by licensed clinicians and therapists.

If passed, the measure would give the Oregon Health Authority the mandate “to set up all licensing, training, certification, and ongoing education requirements for psilocybin service centers and facilitators during a mandated two-year development process.”

Only those holding licenses would be allowed to “provide psilocybin therapy, cultivate psilocybin, or own a psilocybin service center.”

Today, we can finally say that we did what so many thought was impossible: The Psilocybin Therapy Initiative will qualify for the ballot in November.

Thanks to all the supporters, advocates, and volunteers, the #psilocybintherapy campaign is turning in its final signatures! pic.twitter.com/SG23f9sP3t

A growing body of research has shown the benefits of magic mushrooms, organizers pointed out.

“Pioneering research at institutions like Johns Hopkins, NYU, and UCLA has shown the significant promise of psilocybin therapy especially for people whose depression or anxiety hasn’t responded to other available treatments,” campaigners said in a press release Monday.

According to IP 34’s website, psilocybin “is uniquely effective in treating depression, end-of-life anxiety, and addiction. A recent study from NYU showed that psilocybin therapy reduced depression and anxiety with cancer patients with 80 percent of patients, with few side effects. More studies have followed and medical psilocybin is on track to get FDA approval in the coming years.”

Advocates note that psilocybin has shown great promise in a range of psychotherapeutic settings, shattering the old stereotype of psilocybin as some intoxicating and hallucination-inducing party drug that drives its users insane – a reputation that largely grew out of the hippie counterculture of the 1960s when they were widely known as “psychedelic” or “magic” mushrooms.

“With the current opioid epidemic creating more problems than it’s solving, and research showing psilocybin therapy has breakthrough results, I welcome psilocybin as a new treatment option,” Knox added. “Oregonians are suffering enough, let’s give them new tools like psilocybin that really work.”

Recent studies have also shown how a microdose of psilocybin—far from the level needed for a full-blown trip—actually increases the creativity and empathy of participants.

Other researchers have also found that psilocybin has provided effective help to patients struggling to quit other addictive substances such as cigarettes.

The Psilocybin Therapy Initiative team is preparing to turn in our final round of signatures to the Secretary of State. Those boxes are full of thousands of signed petitions from Oregonians across the state who believe that psilocybin therapy should be voted on this November! pic.twitter.com/rDWsik52HA

“Psilocybin works differently than pharmaceuticals, which need to be taken daily and often come with an array of adverse side effects,” organizers said. “Research shows that psilocybin therapy is effective and has an excellent safety track record. In just a few psilocybin sessions with a trained facilitator, patients have found lasting relief from various forms of depression and anxiety.”

The campaign for the ballot measure has been pushed by Sheri and Tom Eckert, two counselors who founded the Oregon Psilocybin Society in 2016.  The coupe envisions a full suite of “Psilocybin Services” that it hopes to offer to patients in the future.

If Oregon passes the ballot measure, it would become the first state to allow for the legal cultivation and sale of the substance. Last May, Denver, Colorado, became the first city to decriminalize mushrooms. The move was followed by Oakland, California, in June 2019 and Santa Cruz, California, in January 2020.

Psilocybin mushrooms are currently considered a Schedule 1 narcotic by the Drug Enforcement Agency.

However, psilocybin – the main chemical component of the mushrooms – was designated as a “breakthrough therapy” by the FDA in 2019 due to the positive results of psilocybin in treating depression, anxiety, addiction, and other mental health problems.