Why is Non-Conformity Your Greatest Asset in These Strange Times? 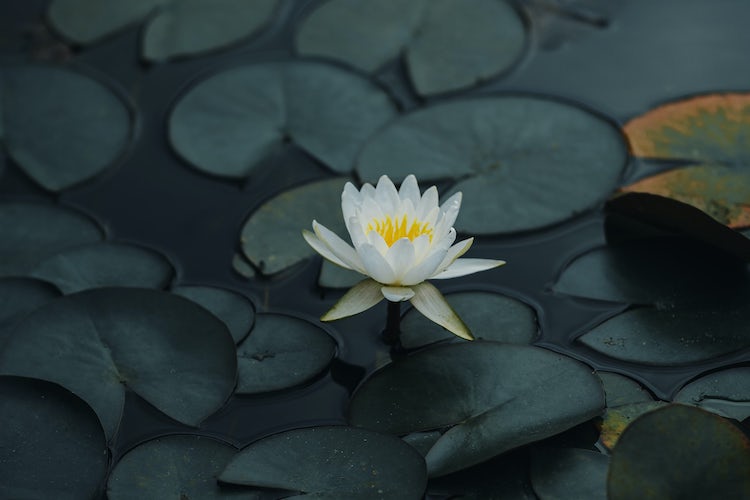 Have you noticed that in most of the great works of dystopian science fiction and cinema there’s a recurring theme of mass conformity to uncomfortably rigid and enforced social norms?

There’s always an impenetrable bureaucracy which has reduced the masses to statistical averages to be more efficiently managed. The system is never benign and loving, because paradoxically, at the top of the pyramid there always resides a single individual ruler, who is invariably psychotic, having no contact with reality. His psychosis is mirrored by the masses, and paradoxically, the individual is overrun by the mass so the the mass can be overrun by an individual.

The citizen-collective in these stories is intrinsically recognized as inhuman, unnatural, malignant and dangerous. It is compassionless, irrational, illogical and excessively emotional. To behold such a well-behaved and compliant hive stirs the primal fear of dying before death, of not-living while alive, and of an existence devoid of meaning.

The hero in these stories is always the lone individual who finds it unbearable to subjugate his autonomy to the herd. As much as he understands the consequences for non-conformity he simply cannot refuse the risk of rebellion, and is compelled to covertly express his distinctiveness. Once he experiences the thrill of making some small departure from the standard, he is thereby morally obliged to further differentiate himself, ultimately arousing the fury of the state which aims to brutally suppress him in order to maintain its position of absolute authority.

George Orwell’s 1984 is a favored example of this because the book takes you inside the mind of someone who cannot resist the pull of inner authenticity, self-integrity and truth. Aroused by truth and love, the protagonist, Winston Smith, is simply incapable of squashing his internal drive towards individuation from the party-mind, and sets out on a futile endeavor to experience the joys of having a genuine human existence… if only for a moment.

“So long as human beings stay human, death and life are the same thing.” ~Winston Smith, 1984

I won’t spoil it for you, but it doesn’t go well. He gets a short glimpse of what life could be like outside of the prison of total obedience, but is quickly punished. And horribly so.

Our natural drive towards individuation and authenticity is such a powerfully buoyant force that to subjugate it requires a tremendous counter force. Fear is typically what does the trick. Fear is the glue that holds the collective together.

What many people don’t realize is that this same story plays out metaphorically in our personal lives all day everyday, and without a proper understanding of how the mind seeks safety amongst the tribe, we’re at the mercy of the default programs running in the subconscious mind.

This is where we are wired to conform to the group, because the subconscious mind is the survival-seeking mechanism at the root of consciousness, and it compels us to pursue the safety of not being rejected, abandoned, ridiculed or ostracized. It looks at what everyone else is doing and it imitates, emulates, copies, and mimics the most common behaviors it sees in the tribe around us, now matter how insane or psychotic they are.

It has the faulty perception that to exist outside of the tribe is fatal, when in today’s society, the opposite is true.

But the good life lies beyond the herd, because by its very nature, the herd is a reduction to an average. It is by definition mediocre.

The good life is found in your authenticity and individuality. This is the part of you that has access to those non-average, non-mediocre experiences which make life worth living and inspire you to live deeply into your definition of success. Without the nuances of individual experience and authentic expression, life is dull, stupid, frightful and boring.

Culturally we have a history of valuing the individual in his own right. We’ve always revered him over the collective and credit the ingenuity and creativity of individualistic, non-conformist thinking for shaping the system and circumstances which built the foundation of the prosperity we enjoy today. This is reflected in a few excellent quotes from some of our most revered American authors, speaking from a time when there was no herd mentality, only individuals collaborating to build something unique:

“All greatness of character is dependent on individuality. The man who has no other existence than that which he partakes in common with all around him, will never have any other than an existence of mediocrity.”~James Fenimore Cooper

“If a man does not keep pace with his companions, perhaps it is because he hears a different drummer. Let him step to the music which he hears, however measured or far away.” ~Henry David Thoreau

“They [conformists] think society wiser than their soul, and know not that one soul, and their soul, is wiser than the whole world… Society everywhere is in conspiracy against the manhood of every one of its members… Whoso would be a man, must be a nonconformist… Nothing is at last sacred but the integrity of your own mind.” ~Ralph Waldo Emerson

Again, your best, most prosperous life is dependent on your willingness and ability to differentiate yourself from this sick tribe. The subconscious, however, wants you to feel safe, which is not the same thing as being safe, nor happy. And this is why your individuality is essential to real happiness and prosperity. It represents the drive to express your most extraordinary qualities, which is required to bring your true nature to completion.
Carl Jung elucidated this process of individuation, which is the psyche’s journey toward full maturation and independence. Individuation is, as he put it is, ‘to divest the self of false wrappings.’ The false wrappings of today’s world are revealed in how you self-sabotage and how you hold yourself back from your potential.
What repetitive behaviors do you engage in that you wish you didn’t? Where did the programs for these behaviors originate? Are they yours by choice, or are they learned from others, perhaps your family or tribe of origin? What do you repeatedly do, or not do, that takes your further and further from living the life you deserve and desire?
Here’s a final quote by Carl Jung on the importance of expressing your uniqueness and allowing for your individuation.

“Insofar as society is itself composed of de-individualized human beings, it is completely at the mercy of ruthless individualists. Let it band together into groups and organizations as much as it likes – it is just this banding together and the resultant extinction of the individual personality that makes it succumb so readily to a dictator. A million zeros joined together do not, unfortunately, add up to one.

Ultimately everything depends on the quality of the individual, but our fatally shortsighted age thinks only in terms of large numbers and mass organizations, though one would think that the world had seen more than enough of what a well disciplined mob can do in the hands of a single madman… People go on blithely organizing and believing in the sovereign remedy of mass action, without the least consciousness of the fact that the most powerful organizations in the world can be maintained only by the greatest ruthlessness of their leaders and the cheapest of slogans.” ~Carl Jung

There has never been a more critical time for you to reject the programming of the mob and use everything we know about the science of the mind to get yourself unstuck and making progress toward living your best life. Everything depends on it. I’m teaching a two-part master class on how this society negatively programs your subconscious mind to keep you from rising above the herd. It’s called Crack the Code of Self-Sabotage and it will show you how to free yourself from self sabotage, which is the most life-changing and profitable endeavor you can undertake. You need every bit of your strength, authority and autonomy now in order to rise to the challenges we are all facing. I can’t wait to see you there.

This article (Why is Non-Conformity Your Greatest Asset in These Strange Times?) was originally created and published by Waking Times and is published here under a Creative Commons license with attribution to Dylan Charles and WakingTimes.com. It may be re-posted freely with proper attribution, author bio, and this copyright statement.