What Exactly Is This “Great Reset” People Keep Talking About? 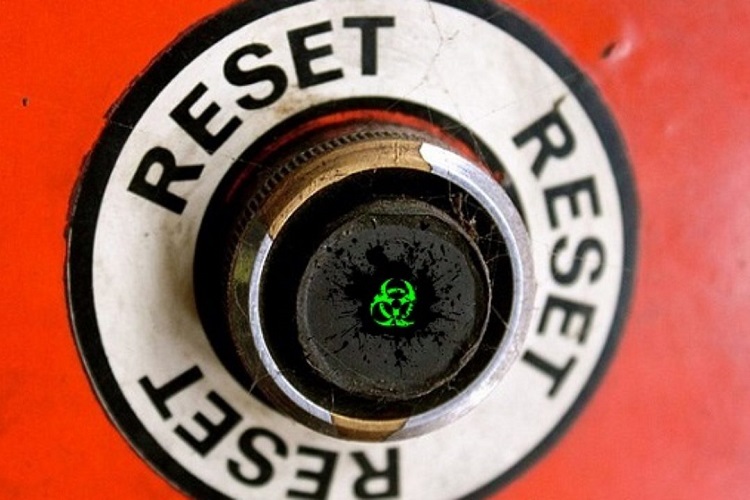 For those who may not know, (and those who do) here is a primer on The Great Reset.

Buckle your seat belts for this one because it’s more chilling than any horror movie you’ve ever seen. You’ve heard your “crazy” friend at work bring it up in conversation. Perhaps you heard it briefly mentioned on TV the other day. And now you’re left wondering, “Just what on earth is The Great Reset?”

You’ve heard of the WEF before. They’ve been in the news quite a bit for the past year or so. The reason? The Great Reset initiative. It is there that a man by the name of Klaus Schwabb runs the show. Schwabb founded the WEF and is one of the most powerful men in the world.

Each year the World Economic Forum hosts an event at a ski resort in the mountains of Switzerland where “the self-proclaimed global elite” meet to discuss global problems they can all work together to “fix.”

Generally, WEF invites 1500 people from roughly 70 countries to attend. All the attendees play major roles in various sectors of society, with a large portion of those invited being major players in the worlds of politics and business.

In 2020, Schwabb released a book titled COVID-19: The Great Reset, in which he lays out his plans for what he believes needs to happen next.

First, you need to understand one thing: the World Economic Forum and the United Nations march together hand in hand. In short, they’re two sides of the same coin.

The United Nations previously announced two separate agendas eerily similar to The Great Reset that contain many of the same components. These two UN agendas, Agenda 21 and Agenda 2030, include plans for what needs to happen on earth by 2021 and 2030 (there’s also an Agenda 2050, by the way).

Agenda 2030 has publicly stated goals of promoting racial and gender equality, eradicating global poverty, and abolishing violence, hate, and war from the globe. It also states it will reduce natural resource use in every country and reduce greenhouse gas emissions in every industrialized country.

And how do you suppose Agenda 2030 would accomplish those goals?

Suppose you’re a lumberjack. A global organization has just stated you’re no longer permitted to cut down trees to “reduce natural resource use.” You’re now out of a job and can’t afford to feed your newborn daughter.

Or, let’s say you’re a farmer. A global organization has just stated that your cows produce too much methane. They’re all slaughtered and left to rot in a field (we’ll get to why later). You’ve now lost a significant investment, your primary source of income, and are out of a job. Farmers in non-industrialized nations are permitted to raise cattle. But you’re an American, so you are not.

Why? Because we need to “reduce greenhouse gas emissions in every industrialized country.”

Here’s another example. You’re an American with unalienable rights, a Constitution, and the Bill of Rights. You have the Declaration of Independence and a long history of fierce protection of freedom. Protection of freedom necessitates the possession of arms.

The Great Reset incorporates all these ideas into its plans

Publicly, the WEF states The Great Reset is going to be about completely revamping capitalism.

“Every industry, from oil and gas to tech, must be transformed. In short, we need a ‘Great Reset’ of capitalism.” – The WEF [source]

The WEF particularly likes to say they want to instigate “stakeholder capitalism,” where the bulk of the private sector works hand in hand with the government. They say that such “will require stronger and more effective governments.” According to the WEF, there are human and financial costs of capitalism not being addressed. [source]

What do you call it when the government owns and controls all private business?

Communism. You call it communism.

And, what happens when capitalism dies?

As Ayn Rand pointed out in her excellent book Capitalism: The Unknown Ideal, man on this earth without capitalism is bound. It’s inseparable from true human freedom. Collectivism leads to further and further slavery every single time.

A significant component of The Great Reset is a term Schwabb coined back in December 2015 – The Fourth Industrial Revolution. The best way to describe it is to combine The Matrix, Minority Report, and Will Smith’s I, Robot.

According to Schwabb, the goal of The Fourth Industrial Revolution is “Ubiquitous, mobile supercomputing. Intelligent robots. Self-driving cars. Neuro-technological brain enhancements. Genetic editing. The evidence of dramatic change is all around us, and it’s happening at exponential speed.”

In short, Schwabb wants to turn the world into a digital mecca

Perhaps you don’t care about the above “improvements” – they don’t bother you? Well, let’s continue to delve deeper.

As it is, the WEF has already alluded to the possibility of using an AI to govern humanity. Humans would no longer have elected representatives in office (not that the US has that now, but I digress). Instead, super-powerful AI would determine what supplies went where and what prices would be, and so on.

It’s the surrender of humanity to a machine.

Furthermore, what about these brain enhancements and genetic editing?

Look around at the world before you and what “the powers that be” have forced upon society. In a world full of brain enhancements and genetic editing, do you genuinely think you would still be free to choose?

Remember that The Fourth Industrial Revolution heavily ties in with The Great Reset, which seeks a one-world government. In such a world, should it be decreed under the guise of law that overpopulation is a problem, the ability to genetically edit sterility into 20% of the population becomes a reality. Let’s say the lottery system selects both of your kids. Do you really think they would grant you a say?

Freedom would have long been rotting in the grave in such a world.

Further aspects of The Fourth Industrial Revolution include digital surveillance everywhere, made possible worldwide by 5G (with the hope of utilizing 6G eventually). [source]

There would be no privacy in such a world. It would be Nazi Germany on steroids. Have you read Zamyatin’s dystopian novel We (in many ways, the inspiration for 1984)? Practically, you’d be living in a world of glasshouses.

It’s worth noting that there are several other aspects of TGR that bear mentioning. Consider the following:

Rural populations will be forcibly coerced into urban environments

Allegedly, to combat climate change. In reality, it is to have easier control over potential dissidents. It doesn’t matter if you don’t want to leave your farm. The good of the whole compels you, and men who have heartily devoured Mao Zedong’s philosophy on power (“Political power only grows out of the barrel of a gun.”) will be happy to assist you in your mental transition here. [source]

Citizens now rent everything because they own nothing

Aden Tate wrote about what the world would like like without personal property in this article. Aden writes, “Within the World Economic Forum’s Great Reset, the mantra has come out that by the year 2030, ‘you’ll own nothing. And you’ll be happy.’”

The government now owns everything, as a group of men comes in to tell you they are stealing what is rightfully yours. The world falls back to a system of feudalism. The Irish are well-familiarized with how such a system works out. [source]

All media is digital

Climate change, of course. And let’s not forget the recent trend to battle “disinformation’. If everything is digital, it is censorable. This serves as the ultimate means of wholly controlling what it is people read and say. [source]

Good global citizens of the one-world government will have a higher social credit score than the older American who supports those fighting against foreign invaders. These higher scores will permit access to travel “privileges,” better food, and better jobs. And in a world full of brain implants and genetic editing, I wonder what some of the punishments for low-scoring Americans could be? [source]

A digital blockchain currency is now the way forward

Cash becomes a vector of disease, expensive to produce, and inefficient. Of course, this means they can track every purchase you ever make. [source] There is no anonymity of purchases any longer. Given the new ability to pay for food with your palm, the push for using a QR code to pay for anything, and quantum dot tattoos that may be able to store your financial data, this may not be too far off.

According to The Great Reset, animals are a “resource-intensive” form of protein. The GR seeks to steer you away from such foods and “towards four main categories of alternatives – aquatic, plant-based, insect-based, and laboratory-cultured.” [source]

Should The Great Reset succeed, the world will firmly fall into the grip of a totalitarian government. You will be a slave in every sense of the word, liable to medical experimentation and forced treatments. The state will own your children, and if history serves as a guide, you won’t get to keep them for long. Should the AI determine it’s convenient, your family will be uprooted and transferred to a newly created ghetto.

Forced to ingest chemicals rather than food, you will never know what genetic-altering agents and medications are in those foods.

Your lifelong dream to be a parent could be vaporized as mandates of forced sterility begin. Should woke culture decide masculine men are an issue, would it be outside the scope of the power of a government that owns everything to mandate the creation of eunuchs throughout your town?

Though the rest of the world may have fallen, Americans can never let their country follow suit.

Too much depends upon it.

What are your thoughts about The Great Reset?

What are your thoughts about the Great Reset? Do you believe it is the stuff of conspiracy theories or the advent of global communism and control? Do you intend to fall in line or fight it? Share your thoughts in the comments.

Jeff Thompson is an avid fisherman who likes to spend time sailing on his boat and reading while at sea.