Water, The Most Basic And Essential Resource, Is Now Just Another Wall Street Commodity 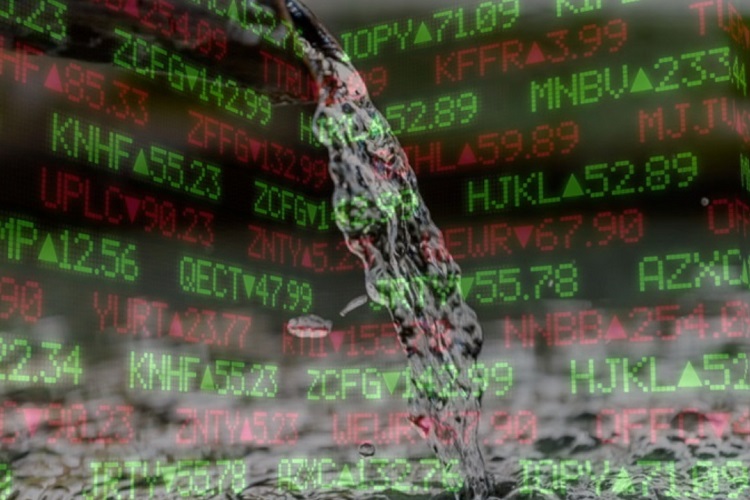 Water may be the basis for all life on earth, but it may soon become one of the hottest commodities on the Wall Street futures market due to its scarcity as a good.

Water will soon see its price fluctuating like other commodities including wheat, gold, and oil, now that the CME Group has launched futures contracts tied to the spot price of water.

The Nasdaq Veles California Water Index, which measures the volume-weighted average price of water in California’s five primary watersheds, began trading under the ticker NQH20 on the Chicago Mercantile Exchange on Monday.

The contracts will let both investors and farmers bet on future prices of the precious liquid with contracts tied to the $1.1 California spot water market, reports Business Insider.

Historically, this is the first time that water has been traded this way.

In the last year, the price of water in California has doubled, increasing fears of the scarcity of this crucial resource. Market analysts claim that the arrival of water futures to the international market will allow better management of the risks tied to any shortage of this good.

For example, those who are in need of extra water in a drought-stricken year – when prices are much higher – will now be able to bet on futures contracts to offset the higher prices they would have to pay in the water market in the future.

Large agricultural firms and municipalities would also theoretically have the ability to protect themselves from large swings in the price of the commodity.

“The NQH20 futures will be an innovative tool to provide agricultural, commercial, and municipal water users with greater transparency, price discovery, and risk transfer, which can help to more efficiently align supply and demand of this vital resource,” said the CME Group.

The financial group touted the NQH2O index as the likely benchmark for global water markets.

The new futures market also creates the possibility that water will be the subject of cut-throat speculation from financial giants, including major banks and hedge funds.

China and the United States are the world’s top consumers of water, with California accounting for some 9 percent of the nation’s daily consumption.

California’s water market is about four times bigger than that of any other state, with water transactions totaling $2.6 billion between 2012 and 2019.

In addition to being an agricultural giant where high-value crops like almonds and pistachios regularly require massive amounts of water, California is also filled with oil production facilities that use huge amounts of water while fracking for oil and gas.

However, the state is frequently hit with major droughts, leading to volatility in the price of the resource, reports CNN.

According to the United Nations, about 2 billion people live in countries where basic access to water is a serious problem. In the next few years, up to two-thirds of the planet could experience water shortages, leading to the displacement of millions of people.

The precious liquid has been excessively exploited by the mining sector and huge industries, while climate change has also been a driver of the increasing scarcity of water.