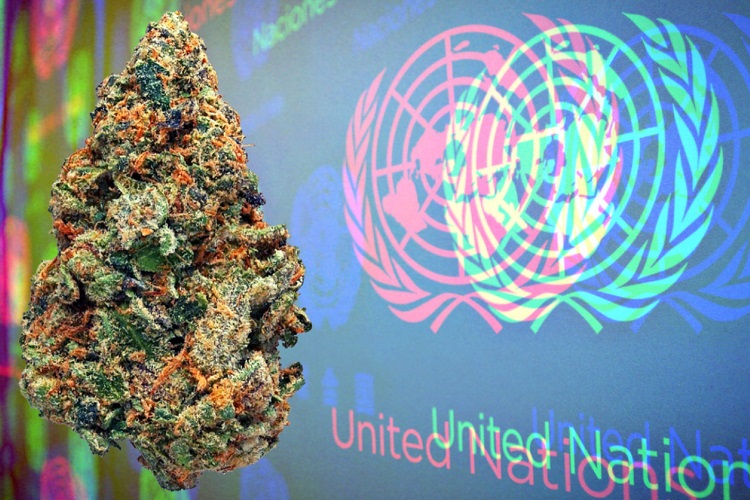 The United Nations has finally recognized the medicinal value of cannabis, voting Wednesday to remove the plant from a list of dangerous drugs and clearing the way for the widespread research and medical use of marijuana and medications based on the plant.

Experts are hailing the decision as a major step toward normalizing cannabis in medicine. For thousands of years, the plant has been used across the globe therapeutically – dating back as far as ancient Egypt and ancient Greece, and when it was in Chinese medicine in the 15th century B.C.

In recent years there has also been a growing consensus regarding the potential of cannabis in treating symptoms of various disorder and diseases including but not limited to cancer, AIDS, glaucoma, multiple sclerosis

The United Nations Commission on Narcotic Drugs voted by 27 to 25 to remove the cannabis from Schedule IV of the U.N.’s 1961 Single Convention on Narcotic Drugs. The vote came after experts at the World Health Organization recommended that the plant be removed from the list, where cannabis was listed alongside deadly and highly addictive opioids like heroin.

While the plant remains a banned drug for non-medical and recreational use under UN law, advocates have hailed the vote as likely to boost efforts to legalize the plant and validate medical research of the plant.

“This is welcome news for the millions of people who use cannabis for therapeutic purposes, and reflects the reality of the growing market for cannabis-based medicinal products,” said a press release from a group of drug reform advocates.

Dirk Heitepriem, a vice president at Canadian cannabis company Canopy Growth, told the New York Times that the vote was a “big step forward,” adding: “We hope this will empower more countries to create frameworks which allow patients in need to get access to treatment.”

The move has also resulted in a boost for stocks that supply cannabis for medicinal purposes, as is the case with companies like Canopy.

In recent years, demand for medical marijuana products has exploded as consumers clamor for products containing cannabis derivatives like cannabidiol or CBD, a nonintoxicating compound. Market analysts estimate that in the United States alone, the CBD industry could be worth $16 billion by 2025.

While businessmen in the legal cannabis market are gleeful over the move, some advocates remain critical of the fact that the vote does little to address the collateral damage wrought by decades of a war on drugs that has been punctuated by colonialism and racism, and has disproportionately impacted Black and Indigenous communities across the globe.

“The original decision [in 1961] to prohibit cannabis lacked scientific basis and was rooted in colonial prejudice and racism,” said Anna Fordham, the executive director of the International Drug Policy Consortium.

Continuing, she said that the United Nations’ original stance on cannabis “disregarded the rights and traditions of communities that have been growing and using cannabis for medicinal, therapeutic, religious and cultural purposes for centuries, and has led to millions being criminalized and incarcerated across the globe.”