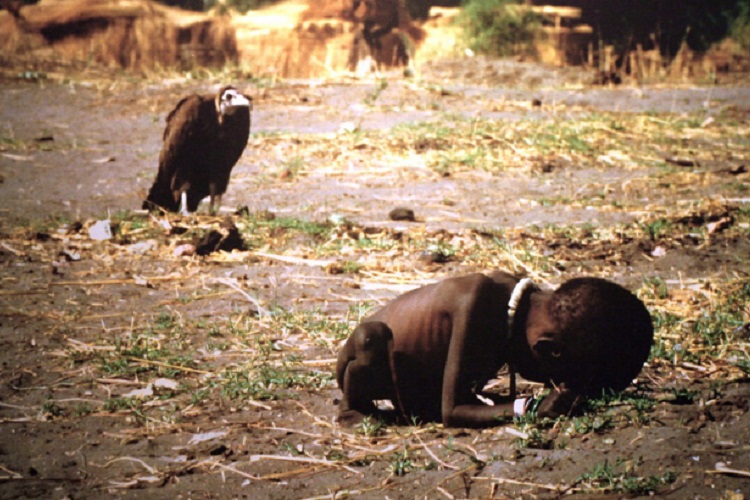 David Beasley, director of the United Nations World Food Program, told the U.N. Security Council this week that the world is on “the brink of a hunger pandemic” and we could be facing “multiple famines of biblical proportions within a short few months.”

Beasley warned that the world is facing “a perfect storm” due to the pandemic, economic crisis, locust swarms, and numerous wars that are still ongoing across the planet.

“It is critical we come together as one united global community to defeat this disease, and protect the most vulnerable nations and communities from its potentially devastating effects,” Beasley said.

According to the 2020 Global Report on Food Crisis, which was published this week, an additional 135 million people will be facing starvation by the end of the year.

“In a worst-case scenario, we could be looking at famine in about three dozen countries, and in fact, in 10 of these countries we already have more than one million people per country who are on the verge of starvation,” Beasley said.

“There’s a real danger that more people could potentially die from the economic impact of COVID-19 than from the virus itself,” he added.

Beasley said that places like Haiti, Nepal, and Somalia, where a large number of families depend on income from overseas workers will be hit especially hard. He urged world leaders to set aside their differences and slow down their military adventures to meet the current challenge.

Yesterday, I spoke to the United Nations Security Council on the significant effect that war and conflict have on driving hunger. Millions of civilians living in conflict-scarred nations, including many women and children, face being pushed to the brink of starvation. With COVID-19, I want to stress that we're not only facing a global health pandemic, but also a global humanitarian catastrophe – a HUNGER pandemic.By the end of this year, 265 million people risk being on the verge of starvation. While there are no famines yet, I warned UN Security Council members that if we don’t prepare and take action now, we could be facing multiple famines of biblical proportions within a few short months.I know this is very startling but if we act wisely, and we act NOW, we can stop this. The actions we take, as a global community, will determine our success, or our failure.Watch my address to the UN Security Council below.

“We need all parties involved in conflicts to give us swift and unimpeded humanitarian access to all vulnerable communities, so they can get the assistance to them that they need, regardless of who they are or where they are. Supply chains have to keep moving if we are going to overcome this pandemic and get food from where it is produced to where it is needed,” he said.

Another concern is that countries will ban exports on certain important foods and medicines, which has already started to happen.

According to Bloomberg, Kazakhstan has banned exports of wheat flour, which is a major concern because the country is one of the world’s biggest producers. Meanwhile, Vietnam, the world’s third-largest exporter of rice, has temporarily suspended rice export contracts.

Politicians and business leaders have insisted that the supply chain is strong and that shelves will continue to be filled to meet the increasing demands at grocery stores. However, there is no doubt that there have been some supply chain disruptions to different parts of the global economy since the outbreak began.

There are also concerns that domestic supply chains will be disrupted if there are continued outbreaks among essential workers.

Last week, meat packaging plants across the U.S. were forced to close as hundreds of workers became sick with the virus. According to a new investigation by USA Today, meatpacking plants are acting as epicenters for the virus and causing further spread to neighboring communities.

According to the report, rates of infection around these meat packaging plants are higher than 75% of other counties in the country.