Social Distancing: the Rationale, the Insanity 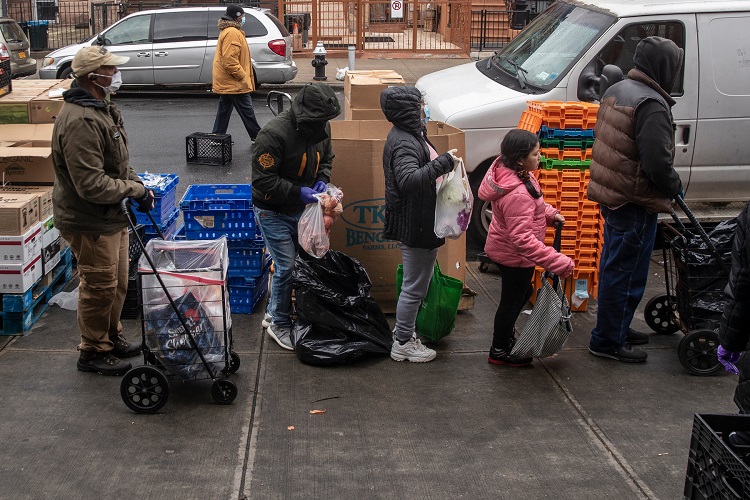 “Where are the kids?”

“They went out for a walk.”

For the purposes of this article, I’m going to assume a unique and new virus, COVID-19, was actually discovered.

I don’t agree it was, but let’s take a quick jaunt into the fun house with the CDC/WHO loons, whose logic went the way of the dodo bird many moons ago. They eat the fear they provoke. That’s all they’ve got.

How about an obvious strategy: make people immune as quickly as possible. No lockdowns, no social distancing, no self-isolation. Expose everyone to the virus.

Naturally. Not via a vaccine.

In the old days, parents would hold parties for their children at the house of a child who had developed measles. Let the kiddies get the red spots and be done with it. Make them immune. Of course, this accrued zero profit to pharma. Therefore, the idea had to be discredited, and abandoned as too dangerous. Must have a vaccine.

Ah, but COVID-19 is another story, right. It’s deadly.

Read my previous articles on Italy, for example. Their National Institute of Health, reviewing patient records carefully, determined that the overwhelming percentage of people dying who “had the virus,” weren’t dying FROM the virus, but from prior serious medical conditions. Their average age? 79.5. This is called a clue.

If you take the conventional medical view—again, entering their world for a minute—epidemics reach a peak and then burn out and disappear. Unless you actually sustain them by keeping people away from the virus. Unless you keep them at a distance from each other.

Of course, if you really want to support complete medical insanity, you would declare national lockdowns every year when the flu arrives. In a recent typical year, Italy reports about five million cases of the flu. So isolate everyone and shut down the nation. Ditto for many other countries.

Bring the whole planet to a halt.

And at those brief periods when you’d want to open up civilization, you could switch your attention to, say, pneumonia, another universal disease, and claim it prevented you from letting people out of their houses. In which case, keep the planet locked down, force everyone to live at home forever, and ultimately kill off the whole population.

This brings us to the matter of the human immune system and the trillions to the trillionth power of viruses that roam and inhabit Earth. The immune system does quite well, on its own. If it didn’t, we’d all be dead, many times over.

Pharma’s strategy is: reject the natural immune system. Demand toxic vaccines to match every possible germ. Rig case numbers to make it appear the germs are winning, along every front. Saturate media with stories about medical conditions and train people to fear disease.

Pharma claims: there are many people whose immune systems are weak, and we must protect them by vaccinating everyone. Newsflash: a person with a weakened immune system is going to become sick, no matter how physicians intervene to prevent it. The names of germs don’t matter. The only answer is, try to strengthen weak immunity in natural, non-medical ways. Because, if you don’t, these people WILL become ill. Among the MANY reasons? Toxic medical treatments, for instance, will definitely make them ill. Do a little research on your own. Public health agencies, and even vaccine manufacturers, in their literature, admit that a contraindication for vaccination, is: weakened immune system. But this fact doesn’t stop them from vaccinating millions of people in Third World countries who are already immunocompromised to the edge of a cliff.

That’s another clue. It tells you something about the “humanity” of drug companies.

People in modern societies have a strange attitude about death. I would call it a selective attitude. On the one hand, they watch untold numbers of TV shows—both fact and fiction—that involve death. They know people die. They register mild reactions. But on the other hand, when public health agents broadcast three sentences about a virus and death, these same people fold up. They salute. They fall to their knees and plead for help. You could tell them that, according to the CDC, somewhere in the vicinity of 40,000 people in the US die every year from the flu, and you could keep repeating that over and over until you’re blue in the face, and you’d get zero response. Nothing. But if a media flack for the CDC goes on television and says 50 people in China have died from a new virus, these no-reaction people would stop what they’re doing and go shop for extra water and flamethrowers. It’s magic. Bad magic. To use a highly technical term, it’s bullshit.

After a very large protest against the lockdowns in Harrisburg, Pennsylvania, the other day, a public health expert predicted a rise in the number of COVID-19 cases, because the crowd ignored social distancing. I, on the other hand, predict a rise in the amount of crapola science and preposterous computer modeling.

“The kids went outside when we told them not to. What do we do?”

“We were going to let them out after three weeks. Let’s make it a month. That’ll teach them a lesson.”

“Good. Where can we publish our decision?”

“I suggest the New England Journal. I’m sure they’ll be interested, if we dress up the language.”

“Where will we find it?”

“You’re kidding, right? I have six on my laptop. For all occasions. Give me a minute. I’ll find the most frightening one.”

“Has the sun gone down yet? Can I climb out of my coffin? Can I change into my tuxedo and cape?”