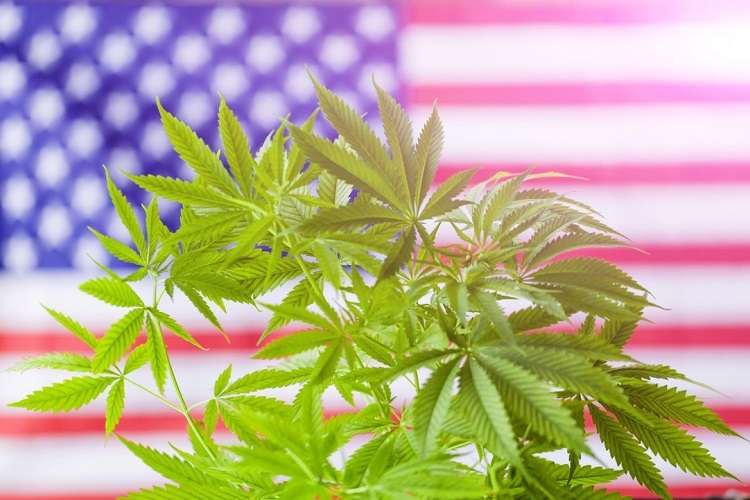 On November 3, 2020, history was made in the American war on drugs. Drugs won. Oregon moved to decriminalize all drugs, even hard ones like meth and heroin as five other states moved to legalize cannabis in some form. Fast forward to this week and Congress will be holding a historic vote to end federal cannabis prohibition once and for all.

As the left and the right argue over which crazy old white man they want in the White House, laws — or rather the removal of laws — are being passed and proposed that increase the freedom of all Americans and deal a death blow to the racist and violent war on drugs.

When Americans went to the poles last month, millions of them agreed that cannabis shouldn’t be illegal. Cannabis legalization measures were passed in red and blue states, with weed winning more votes than the popular candidates!

As Marijuana Moment reports, in most cases, candidates who were outperformed by marijuana at the polls declined to endorse the reform ahead of the election—perhaps something that politicians in states where cannabis is on the ballot in 2022 will take note of.

The people have spoken and it appears that more of them like legal cannabis more than either one of the blowhard candidates with their empty promises.

Voting to overturn the tyranny of the drug war cannot happen fast enough and it looks like Americans — both on the blue team and the red — are finally beginning to grasp this. According to a recent Gallop poll, 68 percent of the country favors legal access to cannabis — not just medicinal either.

Sadly, however, although the Joe Biden claimed he will “pursue modest marijuana reform” after he gets in the White House, these claims ring entirely hollow given his lust for locking brown and black people in cages in his past four decades in Washington. The prohibition of cannabis is a major tool used by the police state to go after communities of color and the poor and those who profit from preying on these groups will not give up that power easily which is why Biden has refused to even consider legalization.

However, marijuana legalization is still on the table before the presidential transition and will get a vote this week.

The Marijuana Opportunity Reinvestment and Expungement (MORE) Act, was supposed to go up for a vote in September but was shelved by Democrats who were worried about how it would look to pass a legalization bill without passing another coronavirus relief package. Well, since that relief package never came, the MORE act is up for vote once more, and will take place this week.

The House will “vote on the MORE Act to decriminalize cannabis and expunge convictions for non-violent cannabis offenses that have prevented many Americans from getting jobs, applying for credit and loans, and accessing opportunities that make it possible to get ahead in our economy,” Majority Leader Steny Hoyer said in a Dear Colleague letter to House members.

Even though the bill has bipartisan support in the House and is expected to pass, drug war addicted dinosaurs in the Senate will likely hold it up. Senate Majority Leader Mitch McConnell (R-KY) has made his reefer madness stance clear and he will likely convince many other tyrants in the Senate to oppose its passage.

In August, however, the organization formerly known as Law Enforcement Against Prohibition (LEAP), now known as Law Enforcement Action Partnership, along with the National Black Police Association, and Fair and Just Prosecution signed onto a revolutionary letter to Congress urging the federal government to legalize marijuana and expunge all past convictions relating to marijuana. This provided the impetus for the vote in December.

**This article (THIS WEEK—Congress To Vote On Legalizing Cannabis Nationwide, Expunge Arrests) was originally published at The Free Thought Project and is re-posted here with permission.**