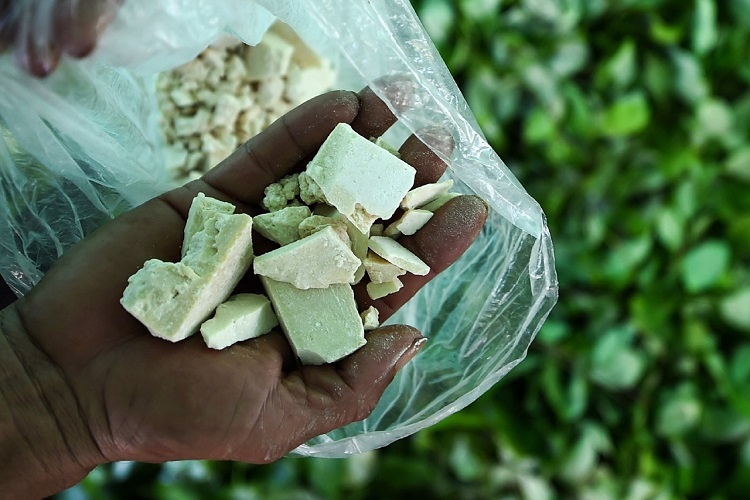 A controversial bill is making its way through Colombia’s legislature that could see the South American nation end its destructive war on drugs by effectively legalizing cocaine and subjecting the drug to government regulation.

The bill, which has the backing of the leftist opposition and its centrist allies, hopes to put an end to the so-called war on drugs in favor of effective counter-narcotics strategies and evidence-based policies to curb drug abuse.

For nearly half a century, Colombia has faced the ravages of an anti-drug policy that criminalizes the coca leaf while fueling the growth of monstrous drug trafficking organizations and illegal armed groups and death squads vying for control of the cultivation of coca and production of cocaine.

Under the proposed bill, cocaine would be decriminalized and the state would purchase the entire coca harvest in the country and channel it towards a legal industry that distributes cocaine to users for pain relief rather than recreational use. The policy would also see the state provide raw materials to Indigenous artisans who would have a chance to produce foods, medicinal products, tea, and baking flour using the plant.

Supporters of the bill hope that it would allow hundreds of thousands of illegal coca farmers out of a shadowy black market overseen by cartels and violent armed groups and into a homegrown, government-regulated industry.

“This policy would mean cutting organized crime off from the coca leaf, and it would cut consumers off from organized crime,” Senator Ivan Marulanda of the centrist Green Alliance told Vice World News. “The Colombian state would distribute it to users under a public health program, effectively through physicians who would evaluate if a person is apt for taking cocaine for their pain. And then it would be high-quality cocaine.”

Throughout the Andes, the consumption and use of the coca leaf has been a part of the cultural and social traditions of native peoples for centuries. In Bolivia, which is the world’s third largest producer of cocaine, the coca leaf was decriminalized through widely-hailed policies that prioritized respect for human rights and community participation.

“The war on drugs is a law-and-order policy against drugs that thinks of drugs as a criminal offense,” Marulanda said. “It’s also a persecution against the coca plant, the leaves of which are used to produce cocaine.”

“That policy has not changed since the 1980s,” the senator continued. “Actually, Colombia’s drug policy has only become more entrenched, more stubborn, and more severe in its application. We’re now in the year 2020. Yet Colombia exports 90 percent of the cocaine in the world today … We’re inundated with cocaine and inundated with deaths and violence. We’ve lost sovereignty over Colombian territory to the dominion of organized criminal mafias.”

Even former Colombian President Juan Manuel Santos, who ruled the country from 2010 to 2018, has affirmed that a new approach to drugs is needed. Last year, Santos participated in a study that concluded that drugs including cocaine, ecstasy and opiates could potentially be less harmful than tobacco or alcohol yet are seen as dangerous narcotics primarily due to cultural biases and politics, rather than actual science.

Calling the classification of such drugs as dangerous narcotics “a political decision,” Santos noted that Colombia is “probably the country that has paid the highest price for the war on drugs.” Continuing, he said that for decades, his country has been saddled with an unwinnable drug war that causes “more damage, more harm” to the world than practical approaches to regulating the sale and consumption of drugs in a “good way.”

While most politicians and experts in Colombia agree that blanket repression isn’t a one-size-fits-all solution to drug use and the problem of criminal drug cartels, the bill will likely face stiff opposition both within the country and from the United States, which has urged the country to continue waging a war on drugs.

The government of President Ivan Duque Marquez is signaling that it is planning to step up the war to stamp out illicit cocaine production.

Over the weekend, Colombian Minister of Defense Carlos Holmes Trujillo told Reuters that the military was considering restarting aerial fumigation of the countryside with the dangerous herbicide glyphosate to halt the cultivation of coca, the base ingredient of cocaine.

The practice was ended in 2015 due to widespread concerns by the World Health Organization (WHO) causes cancer and harms the environment, but the Duque government maintains that fumigation is necessary to halt the flow of cash to illegal armed groups. The policy has been supported by the United States, whose Environmental Protection Agency disagrees that the chemical is carcinogenic.

“We’ve been going 40 years with a policy that costs billions of U.S. dollars with zero success and so much cost and destruction,” Marulanda said. “Let’s try out this other policy. Because something that hasn’t worked in the last 40 years is something that’s just not going to work.”