The Virus-Story: Breaking The Chains Of Medical Civilization 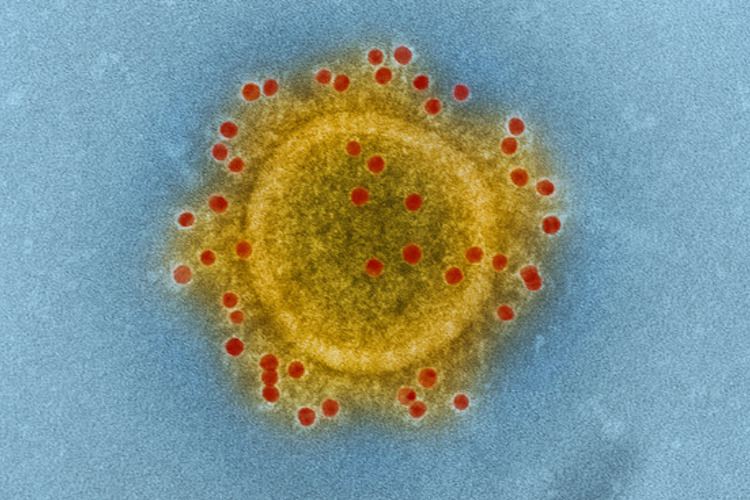 In the same way the CIA invented foreign enemies which required us to go to war, there are people who have invented stories of fearful germs that demand medical treatment and prevention. The story tellers know that among the public, many people WANT the germ, need it, and even love it. Yes, love it, after enough conditioning has helped them along the path of surrender.

The COVID operation aims to engulf all of civilization in a preposterous and fake medical nightmare.

The operation has its roots in “modifying” citizens to accept medical dictates.

There are many kinds of such dictates, and it would take volumes to explore them all. Here I present a set of numbers from the US National Center for Health Statistics, a division of the CDC, covering the year 2018:

Percent of adults who had contact with a health care professional: 84.3%.

Percent of children who had contact with a health care professional: 93.6%.

Here is another related estimate: according to the US National Alliance on Mental Illness, in a recent year, “More than 25 percent of college students have been diagnosed or treated by a professional for a mental health condition…”

Try to grasp how this unprecedented rate of exposure to doctors shapes the minds of Americans. Appointments, tests, diagnoses, advice, orders, prescriptions, drugs and vaccines, follow-ups, referrals to specialists.

These factors alone—never mind the toxic effects of treatments, or wall to wall medical ads and other propaganda—add up to a medical civilization.

Given this reality, how do you think people are going to respond when they are told there is a pandemic and they must follow orders?

After a hundred years of Rockefeller Medicine…new normal? We’ve been living under the new normal for a long time.

How many drug prescriptions do you think are written in the US every year? According to statista.com, “It is estimated that in 2019, 4.38 billion retail prescriptions will be filled throughout the United States.”

Many, many people accept the ubiquitous medical civilization without thought or pause. It’s “just the way things are.”

Pretended pandemics are an arm of medical civilization. But now we’ve reached a point where The Medical is a gateway into a technocratic Brave New World.

This attempted transition is launched from the foundation of lifelong conditioning of the public to doctors and everything those doctors order and represent.

Two important groups of people—politicians and journalists—are operating from bias in their decisions, because they, too, have been trained to place themselves under the care of doctors on an ongoing basis. Are they going to rip out that hard wiring of their own experience when the rubber meets the road, when they’re faced with professional questions about medical credibility? No. They’re going to side with the CDC and WHO and university experts.

What I’m describing in this article goes beyond the acceptance of “Science” as the dominant paradigm. This conditioning is deeply personal and deeply seated in the minds of people who have been trudging along the bleak path of medical care since early childhood. Medical care for every so-called “symptom.”

I have spent many hours exposing the actual death and maiming effects of medicines on the population. Again, here I’m simply discussing the up-close connection between eternal patient and doctor.

In that sense, telling a dedicated person to take off his mask is telling him to destroy what he believes is a deep lifeline, without which he might very well drown.

Medical civilization’s leaders want us to bow down to the germ. They want us to drool like Pavlov’s dogs, when they ring the bell signaling the presence of a “new virus.” Our anticipated food, in this case, is supposed to be treatment. Treatment and containment measures.

Surely, a Declaration of Medical Independence is needed. “When in the course of human events, it becomes necessary for one people to dissolve the medical bands which have connected them with some Health Authority…whenever any Form of Medicine becomes destructive…it is the Right of the People to alter or to abolish it, and to institute new Medicine, laying its foundation on such principles and organizing its powers in such form, as to them shall seem most likely to effect their Safety and Happiness…”

Under the heading of “such principles,” one statement would make it clear that every person has the natural right to reject false faith in the germ, in its power, and in its very existence.

Let those who fear the germ, or want it, cling to it like an idol, if they must, if they refuse to be dissuaded. The rest of us will go our way, secure in our freedom from the idolatry, knowing that medicalized civilization is a tyrant, built without our consent.

The global lockdowns, present and future; the business closures; the bankruptcies; the resultant family breakups and suicides and drug addictions; the expansion of poverty, hunger, starvation; the desolation of once-great cities—on what basis has all this destruction been launched?

A story about a virus.

So pardon me if I keep attacking that story. If I keep pointing out gaping holes in that story. My basic position is this: I reject the cultish rhetoric coming out of labs. It is divorced from the world of human beings. It aims to claim ownership over our bodies, minds, and souls. Through one abstraction piled on another, its proponents have staked out a cause that is anti-life. With the data they derive and invent from their serums and sequencing, they set up a prison in which we are supposed to be biological machines that merely react to the stimuli of microbes.

The set-up and the con are clear: “We say there is a deadly virus on the loose. We describe it and promote it. We run the game and make the rules. We say you are unprotected unless we protect you with treatment and containment measures. We can quibble about which treatments. We can quibble about how much containment, where and when, and under what circumstances, since we define the circumstances; and we can loosen and tighten the rules at our discretion. But in the end, we are the sellers and you are the buyers. You buy our story. We are a protection racket. You give us your lives or we close you down. And guess what? Either one of those choices produces the same result. Get it?”

So when I hear someone say, in effect, THIS containment measure is necessary and effective, but THAT one is minimally effective, and THIS country did well by adopting a LESS RESTRICTIVE MODEL, and SMART CONTAINMENT WOULD LOOK LIKE THIS, I know that person has bought enough of the story to keep the basic con going; and the elite planners are winning.

The war is long. They must not win.

This article (The Virus-story: Breaking The Chains Of Medical Civilization) was originally created and published by Jon Rappaport’s Blog and is re-posted here with permission.