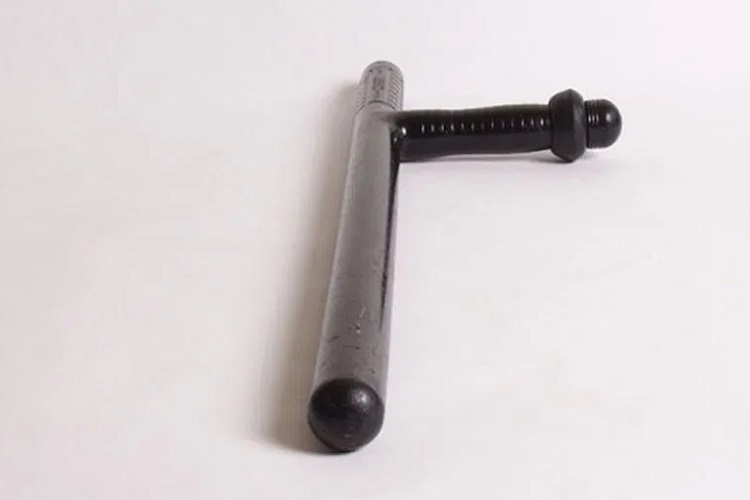 “Rights aren’t rights if someone can take them away. They’re privileges.”—George Carlin

All of those freedoms we cherish—the ones enshrined in the Constitution, the ones that affirm our right to free speech and assembly, due process, privacy, bodily integrity, the right to not have police seize our property without a warrant, or search and detain us without probable cause—amount to nothing when the government and its agents are allowed to disregard those prohibitions on government overreach at will.

This is the grim reality of life in the American police state.

In fact, in the face of the government’s ongoing power grabs, our so-called rights have been reduced to mere technicalities, privileges that can be granted and taken away, all with the general blessing of the courts.

This is what one would call a slow death by a thousand cuts, only it’s the Constitution being inexorably bled to death by the very institution (the judicial branch of government) that is supposed to be protecting it (and us) from government abuse.

Court pundits, fixated on a handful of politically charged cases before the U.S. Supreme Court this term dealing with abortion, gun rights and COVID-19 mandates, have failed to recognize that the Supreme Court—and the courts in general—sold us out long ago.

With each passing day, it becomes increasingly clear that Americans can no longer rely on the courts to “take the government off the backs of the people,” in the words of Supreme Court Justice William O. Douglas. When presented with an opportunity to loosen the government’s noose that keeps getting cinched tighter and tighter around the necks of the American people, what does our current Supreme Court usually do?

More often than not, it gives the government and its corporate sponsors the benefit of the doubt, seemingly more concerned with establishing order and protecting government interests than with upholding the rights of the people enshrined in the U.S. Constitution.

Rarely do the concerns of the populace prevail.

Every so often, the justices toss a bone to those who fear they have abdicated their allegiance to the Constitution. Too often, however, the Supreme Court tends to march in lockstep with the police state.

As a result, the police and other government agents have been generally empowered to probe, poke, pinch, taser, search, seize, strip and generally manhandle anyone they see fit in almost any circumstance.

In recent years, for example, the Court has ruled that police officers can use lethal force in car chases without fear of lawsuits; police officers can stop cars based only on “anonymous” tips; Secret Service agents are not accountable for their actions, as long as they’re done in the name of “security”; citizens only have a right to remain silent if they assert it; police have free reign to use drug-sniffing dogs as “search warrants on leashes,” justifying any and all police searches of vehicles stopped on the roadside; police can forcibly take your DNA, whether or not you’ve been convicted of a crime; police can stop, search, question and profile citizens and non-citizens alike; police can subject Americans to virtual strip searches, no matter the “offense”; police can break into homes without a warrant, even if it’s the wrong home; and it’s a crime to not identify yourself when a policeman asks your name.

Moreover, it was a unanimous Supreme Court which determined that police officers may use drug-sniffing dogs to conduct warrantless searches of cars during routine traffic stops. That same Court gave police the green light to taser defenseless motorists, strip search non-violent suspects arrested for minor incidents, and break down people’s front doors without evidence that they have done anything wrong.

The cases the Supreme Court refuses to hear, allowing lower court judgments to stand, are almost as critical as the ones they rule on. Some of these cases have delivered devastating blows to the rights enshrined in the Constitution.

By remaining silent, the Court has affirmed that: legally owning a firearm is enough to justify a no-knock raid by police; the military can arrest and detain American citizens; students can be subjected to random lockdowns and mass searches at school; police officers who don’t know their actions violate the law aren’t guilty of breaking the law; trouble understanding police orders constitutes resistance that justifies the use of excessive force; and the areas immediately adjacent to one’s apartment can be subjected to warrantless police surveillance and arrests.

Make no mistake about it: when such instances of abuse are continually validated by a judicial system that kowtows to every police demand, no matter how unjust, no matter how in opposition to the Constitution, one can only conclude that the system is rigged.

By refusing to accept any of the eight or so qualified immunity cases before it last year that strove to hold police accountable for official misconduct, the Supreme Court delivered a chilling reminder that in the American police state, “we the people” are at the mercy of law enforcement officers who have almost absolute discretion to decide who is a threat, what constitutes resistance, and how harshly they can deal with the citizens they were appointed to ‘serve and protect.”

This is how qualified immunity keeps the police state in power.

How else do you explain a doctrine that requires victims of police violence to prove that their abusers knew their behavior was illegal because it had been deemed so in a nearly identical case at some prior time?

It’s a setup for failure.

A review of critical court rulings over the past several decades, including rulings affirming qualified immunity protections for government agents by the U.S. Supreme Court, reveals a startling and steady trend towards pro-police state rulings by an institution concerned more with establishing order, protecting the ruling class, and insulating government agents from charges of wrongdoing than with upholding the rights enshrined in the Constitution.

Worse, as Reuters concluded, “the Supreme Court has built qualified immunity into an often insurmountable police defense by intervening in cases mostly to favor the police.”

For those in need of a reminder of all the ways in which the Supreme Court has made us sitting ducks at the mercy of the American police state, let me offer the following.

Police can subject Americans to strip searches, no matter the “offense.” Police can break into homes without a warrant, even if it’s the wrong home. Police can use knock-and-talk tactics as a means of sidestepping the Fourth Amendment. Police can carry out no-knock raids if they believe announcing themselves would be dangerous. Police can recklessly open fire on anyone that might be “armed.” Police can destroy a home during a SWAT raid, even if the owner gives their consent to enter and search it. Police can suffocate someone, deliberately or inadvertently, in the process of subduing them.

To sum it up, we are dealing with a nationwide epidemic of court-sanctioned police violence carried out with impunity against individuals posing little or no real threat.

For those deluded enough to believe that they’re living the American dream—where the government represents the people, where the people are equal in the eyes of the law, where the courts are arbiters of justice, where the police are keepers of the peace, and where the law is applied equally as a means of protecting the rights of the people—it’s time to wake up.

We no longer have a representative government, a rule of law, or justice.

And for too many, as I make clear in my book Battlefield America: The War on the American People and in its fictional counterpart The Erik Blair Diaries, the American dream of freedom and justice for all has turned into a living nightmare.

Given the turbulence of our age, with its government overreach, military training drills on American soil, domestic surveillance, SWAT team raids, asset forfeiture, wrongful convictions, profit-driven prisons, corporate corruption, COVID mandates, and community-wide lockdowns, the need for a guardian of the people’s rights has never been greater.