The Many Benefits of Meditation 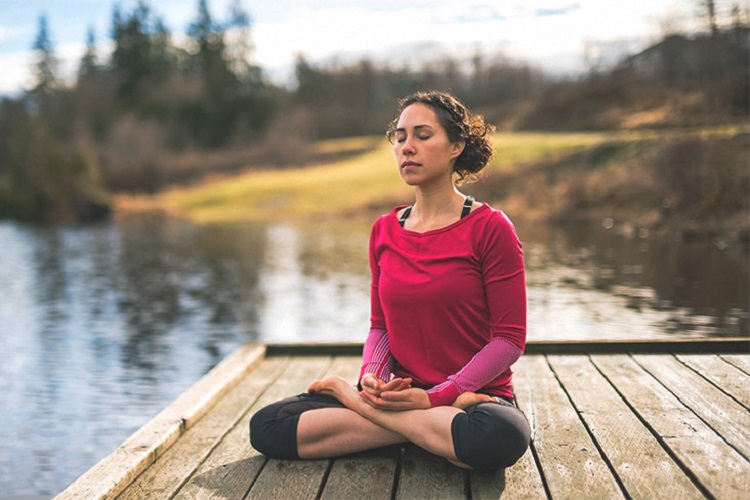 There is growing evidence to show that meditation can make you healthier and happier. For example, mindfulness-based cognitive therapy (MBCT) is sometimes used to treat depression, and brain imaging technology suggests meditation actually changes your brain in a number of beneficial ways.

MRI scans have shown that long-term meditation can alter the structure of your cerebral cortex, the outer layer of your brain. Additionally, brain regions associated with attention and sensory processing have been shown to be thicker in those who meditate.

In short, meditation can be viewed as a form of brain exercise that strengthens it and keeps it “younger” longer. Other studies reveal the benefits of meditation are not limited to your brain; it also has anti-inflammatory effects and affects gene expression — all of which can boost overall physical health and longevity.

One of the most recent studies in this field looked at 50 long-term meditators and 50 control subjects between the ages of 24 and 77. Among the controls, advancing age correlated with a loss of brain volume, as expected.

Those who meditated, however, were found to suffer less age-related brain atrophy. As reported by GMA News:

[T]he study’s senior author told Reuters Health that the team of researchers expected to see more gray matter in certain regions of the brain among long-term meditators. ‘But we see that this effect is really widespread throughout the brain,’ said Dr. Florian Kurth …

[T]he meditators’ brains appeared better preserved than average people of the same age. Moreover, the researchers were surprised to find less age-related gray matter loss throughout the brains of meditators.”

Meditation expert Emily Fletcher gives lectures and interviews on the differences between two popular styles of meditation, and how they affect your brain.

She also discusses the similarities between meditation and caffeine. Both have the effect of energizing you and boosting your productivity, but meditation accomplishes this without the adverse effects associated with caffeine.

As explained by Fletcher, caffeine is similar to the chemical adenosine triphosphate (ATP), produced by your brain throughout the day. Adenosine makes you sleepy, and caffeine effectively blocks the adenosine receptors in your brain, thereby disallowing your brain from recognizing how tired it is.

While this may not be harmful in and of itself in the short-term, caffeine also stimulates more neural activity in your brain, which triggers your adrenal glands to release the stress chemical adrenaline.

Eventually (whether you’re drinking lots of coffee or not), remaining in a chronic state of “fight or flight” that adrenaline engenders can lead to any number of stress-related disorders.

Meditation, on the other hand, energizes you and makes you more productive without triggering an adrenaline rush. According to Fletcher, meditation provides your body with rest that is two to five times deeper than sleep.

Meditating for 20 minutes also equates to taking a 1.5-hour nap, but you won’t have that “sleep hangover” afterward. Instead, you’ll feel awake and refreshed and, as she says, “more conscious.”

Meditation de-excites your nervous system rather than exciting it further. This makes it more orderly, thereby making it easier for your system to release pent-up stress. It also makes you more productive.

She notes that many are now starting to recognize meditation as a powerful productivity tool. Contrary to popular belief, taking the time to meditate can actually help you gain more time than you put into it, through boosted productivity. In a previous interview, Fletcher stated:

“… I hear so often people say, Emily, I want to meditate, I’ve tried to meditate but I can’t stop my mind from thinking. You don’t understand my brain. It’s so crazy. Everyone’s mind is crazy. We have like 75,000 thoughts a day, and the only time the brain actually flat lines is when we’re dead.

Benefits of Meditation Beyond Brain Health

Stress is a well-recognized culprit that can promote ill health across the board, and the ability of meditation to quell stress is an important health benefit. Researchers at Carnegie Mellon University recently published a study claiming they’ve found the biological mechanism by which mindfulness affects physical health.

In a nutshell, meditation impacts your biology and physical health via “stress reduction pathways” in your brain. As explained in a press release:

“When an individual experiences stress, activity in the prefrontal cortex — responsible for conscious thinking and planning — decreases, while activity in the amygdala, hypothalamus and anterior cingulate cortex — regions that quickly activate the body’s stress response — increases.

Studies have suggested that mindfulness reverses these patterns during stress; it increases prefrontal activity, which can regulate and turn down the biological stress response.

Excessive activation of the biological stress response increases the risk of diseases impacted by stress (like depression, HIV and heart disease). By reducing individuals’ experiences of stress, mindfulness may help regulate the physical stress response and ultimately reduce the risk and severity of stress-related diseases.”

Such effects may explain why meditation can help to relieve stress-related diseases such as:

Other research, such as that at the Benson-Henry Institute for Mind Body Medicine, has sought to quantify the benefits of the relaxation response by assessing gene expression before and after meditation, and have compared effects of short- and long-term meditation routines.

Among their findings, they discovered that meditation has anti-inflammatory effects. In one study, participants who participated in both short and longer-term meditation, saw increases in antioxidant production, telomerase activity and oxidative stress. The researchers noted that benefits appear to be dose-related, with changes even after one session.

According to Fletcher, there are two common styles of meditation:

1.Mindfulness, a directed-attention, waking state practice in which you keep bringing your attention back to the now. It’s a practice of single-tasking, originally developed for monks, who remain focused on the present moment in all activities.

Besides improving your focus and boosting your mental cognition, mindfulness training has also been found to reduce levels of stress-induced inflammation,10 which could benefit people suffering from chronic inflammatory conditions like rheumatoid arthritis, inflammatory bowel disease, and asthma. It also helps relieve feelings of stress and anxiety.

2.Self-induced transcendence is a nondirected style of meditation, in which you access a fourth state of consciousness that is different from waking, sleeping and dreaming. Transcendence-style meditation, which is what Fletcher teaches, strengthens your corpus callosum, the bridge between your two brain hemispheres.

By strengthening the connection between your right and left hemispheres, you gain access to more creative problem solving, and increase your productivity without adding stress.

Fletcher discusses the value of using a fitness tracker that tracks your sleep, noting that meditation can significantly improve the quality of your sleep. A fitness tracker can help you gauge your progress. I’m a major fan of this type of technology, as it can be very difficult to change a behavior unless you’re able to track it your progress.

When I first started using a fitness tracker, I was striving to get eight hours of sleep, but my Jawbone UP typically recorded me at 7.5 to 7.75. I have since increased my sleep time, not just time in bed, but total sleep time to over eight hours per night.

According to Fletcher, meditation may actually boost the quality of your sleep to the point that you don’t need to sleep as long, as you can become more fully rested in a shorter amount of time when you’re not waking up in the middle of the night.

Slowing your breathing through meditation and/or using the Buteyko breathing technique also increases your partial pressure of carbon dioxide (CO2), which has enormous psychological benefits.

Emily Fletcher of @zivameditation, is my friend and meditation teacher. She’s written a book, “Stress Less, Accomplish More: Meditation for Extraordinary Performance,” and I believe this is the thing that will finally get you to stick to meditation.

In these pages, she’s put her 12 years of experience training over 20,000 high performers, with the goal of teaching you a type of meditation designed for people with busy minds and busy lives. The book is USA Today best seller and made it to No. 7 out of all books on Amazon. It’s changed a lot of lives and, perhaps, it will change yours. Get it >> bit.ly/slamthebook.