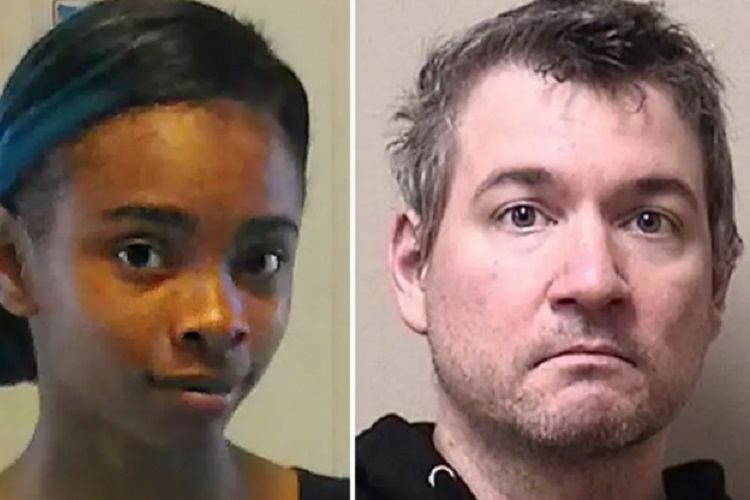 A teenage girl who faces the possibility of life in prison for killing her sex trafficker was freed from a Wisconsin jail after community organizers and activists raised enough money to pay her bail.

In 2018, 17-year-old Black woman Chrystul Kizer was charged with first-degree intentional homicide for allegedly shooting and killing Randall P. Volar III, a 34-year-old white man from Kenosha, Illinois. She then proceeded to set his home on fire before fleeing in his BMW.

The case has become the center of national attention as opponents of rape and sex trafficking, including several celebrities and high-profile figures, have depicted her as a survivor of sex trafficking who is being prosecuted as a criminal despite acting in self-defense when she killed her attacker.

Kizer, who is now 19, faces charges of arson and first-degree intentional homicide, which has a mandatory life sentence in Wisconsin.

Kizer claims that she met Volar when she was only 16. He proceeded to sexually abuse her for over a year while plying her with gifts and cash. Court records also show that Volar was abusing multiple underage Black girls and that police and prosecutors have video evidence of the abuse, including recordings of him sexually abusing a girl who appeared as young as 12. However, he was still allowed to be free during the investigation.

Kizer also accused Volar of selling her to other men through an online prostitution marketplace that was shut down in 2018 for its role in child sex trafficking.

She admits to shooting Volar in the head twice as he was attempting to pin her to the floor, Kizer told the Washington Post last year.

On Monday, four organizations – the Chicago Community Bond Fund, the Chrystul Kizer Defense Committee, Milwaukee Freedom Fund, and Survived & Punished – paid $400,000 to set her free. Her bail bond had previously been $1 million until it was lowered this year.

Criminalized trafficking survivor Chrystul Kizer has been incarcerated in the Kenosha County Jail for the last two years awaiting trial.

Today, we worked with the @FreeChrystul Defense Committee & the Milwaukee Freedom Fund to pay her $400,000 bond. https://t.co/L4XMROx2by

On Monday afternoon, Kizer was released from the downtown Kenosha prison where she was being incarcerated. However, she still does face a trial at an unknown future date. She is still awaiting a decision from a Wisconsin appeals court that will determine if she qualifies for the state’s affirmative defense law which would grant her the right to argue that her crime resulted from the trafficking and abuse she suffered.

Kenosha County District Attorney Michael Gravely, the lead prosecutor in Kizer’s case, argues that the killing of Volar was a calculated act. According to Gravely, Kizer downloaded a police scanner app just minutes before firing on Volar at his home. He has reportedly offered her a plea deal that would see her sentenced to up to 21 years on downgraded charges of felony murder and jumping bail. He has also vowed not to be swayed by public opinion in the case.

“Far too often, survivors of violence—especially Black women and girls—are punished for defending themselves,” the Chicago Community Bond Fund said in a statement. “Chrystul’s case highlights the urgent need for the criminal legal system to stop prosecuting survivors of domestic violence and sexual assault.”

“The police and government systems set up to protect Chrystul failed her,” the group added. “Instead of being given care and support from the beginning, she has been wrongfully incarcerated for nearly two years now for choosing to survive.”

Today, the #FreeChrystul Defense Cmte, @ChiBondFund, MKE Freedom Fund, & @survivepunish paid Chrystul’s $400,000 bond so she can continue fighting her case from outside of a cage & w/ the support of her community. pic.twitter.com/zsyPHxEpkz

After Kizer’s case ends, the organizations plan to use the majority of returned bail money to establish a national bail fund for criminalized survivors of domestic and sexual abuse, the Chicago Community Bond Fund said.

The fund will be under the direction of Survived & Punished and housed at the National Bail Fund Network.

Another portion of the money will be donated to the Milwaukee Freedom Fund for its ongoing bail fund, while Chrystul Kizer’s Defense Committee is taking donations to help pay her legal and living expenses plus the ongoing costs of care and treatment.

“This traumatized child, Chrystul Kizer, enticed and abused repeatedly by Randy Volar, will continue to suffer for the rest of her life, said Jennifer Bias, Trial Division Director at the Office of the State Public Defender. “While Chrystul will never be able to erase what Mr. Volar did to her, she now has a fighting chance to assist in the preparation of her defense to these very serious charges from outside of a jail cell.”