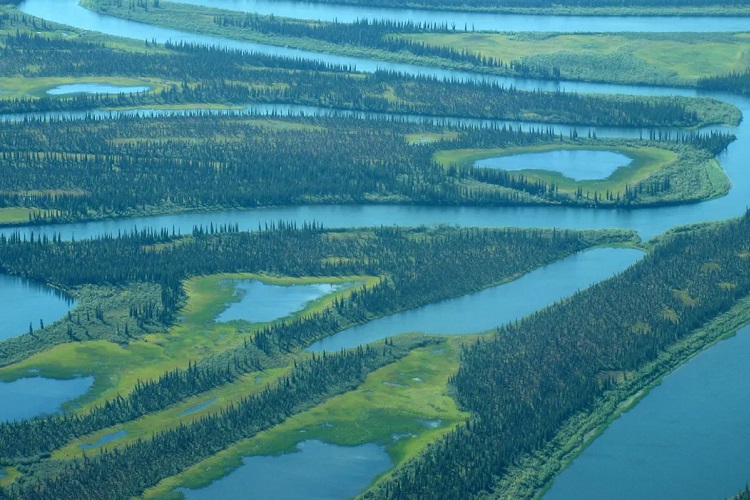 Around 15,000 gallons of fuel oil spilled in a Native Alaskan village Saturday, threatening a nearby river and the local drinking water supply.

The spill occurred during a routine fuel delivery to the Northwest Arctic village of Shungnak. The fuel spilled around 12:30 p.m. June 20, but was not discovered by the villagers until 1:06 p.m. They reported it to the Alaska Department of Environmental Conservation (ADEC) immediately thereafter, The Arctic Sounder reported.

“A response crew from Shungnak responded to the spill immediately, removing the spilled heating oil using sorbent material and also by pumping it into containers,” ADEC said in a situation report.

There have been no injuries reported and the oil spill has not harmed any wildlife so far. However, there are concerns that it could spread to sensitive areas.

The spill occurred when fuel intended for the Shungnak Native Store was delivered to the school instead, KTUU reported. This caused fuel tank #1 to overflow. The fuel was being transferred from a barge on the Kobuk River. All transfers have now been stopped.

The cleanup efforts have been impacted by the coronavirus pandemic, Alaska Public Radio reported. Because of travel restrictions, officials from ADEC and the Environmental Protection Agency cannot travel to the spill site. Instead, both agencies are in contact with local responders.

“ADEC will continue to monitor the response actions and review plans being developed to clean up contaminated soils from the area and prevent heating oil migration to nearby resources,” ADEC said, according to The Arctic Sounder.

The Kobuk River flows for 380 miles from the Endicott Mountains to Kotzebue Sound, according to the National Park Service. It is one of the only two spawning grounds for the Kobuk/Selawik population of sheefish and also an important habitat for grayling, arctic char, whitefish, chum salmon and lake trout. It is also a subsistence fishing site for Native Alaskan communities and the wintering grounds for the Western Arctic caribou herd.