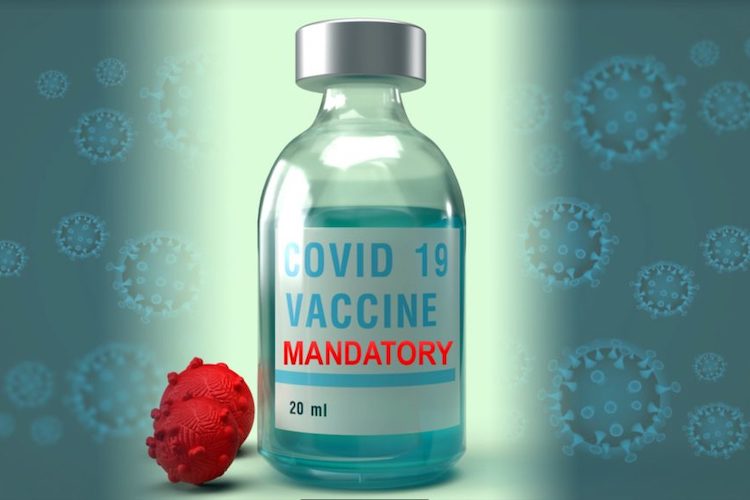 Is anyone sick of being ruled and owned yet? The ruling class is not letting up and increasingly calling upon businesses in the private sector to help them roll out the permanent slave state.

They aren’t even trying to hide the fact that they want to own us, our bodies, and our minds at this point. Gubernatorial nominee Terry McAuliffe is just one of the tyrants calling on businesses to mandate Covid-19 vaccines after promoting efforts to make the lives of those who are unvaccinated more “difficult.” Joe Biden has already tried this play right out of the slave owner’s handbook:

It’s like these rulers know they cannot do this alone.  The slaves have to help them and, sadly, all too many are all too ready to help make this planet a permanent prison. This only gets worse, though, as more people start to figure out what’s really going on.

McAuliffe called on “every Virginia employer” this week to mandate Covid-19 vaccines among all “eligible employees,” according to a report by RT.

“I have long said that the best way to defeat this deadly virus, keep our students in school and keep Virginia’s economy strong is by getting every eligible Virginian vaccinated as quickly as possible,” McAuliffe said in a public statement announcement, which followed the Food and Drug Administration (FDA) officially approving their first Covid-19 vaccine, a Pfizer-BioNTech two-dose vaccine, on Monday. –RT

So now, private businesses are going to do the bidding of the state by making sure some slaves get at least a little control over some of the other slaves.

It’s insanity to think that any business is still around after mandating people get injected with an experimental gene therapy drug that the manufacturers of face no liability whatsoever even if that drug kills them. Who owns you if you have no say as to what goes into your body? The ruling class has admitted they can’t force these shots on people…yet, but they can make their lives as slaves a living hell.

“Make it hard for people to get on planes or go to movie theaters,” he said at a Healthcare Information and Management Systems Society (HIMSS) conference in Las Vegas.  Acknowledging that you can’t “force” vaccines by law, McAuliffe – recently endorsed by anti-Trump ‘Republican’ Bill Kristol – called on private businesses to be the ones to punish those who refuse to get inoculated. –RT

But when have the rulers, who make the law, ever cared about following it anyway? Laws are for the slaves, not those who own slaves.

“We can’t force them. We’re not going door to door, but you make life difficult,” he said. “If you’re going to come to the HIMSS conference, you got to be vaccinated.”

The cruelty is the point. https://t.co/5sjyADjxtu

They want us to know they think they own us and many are still too far entrenched in the left vs. right paradigm lie to see it. It’s the ruling class against everyone else. Time to wake up and apply the critical thinking we have been honing for the past year and a half. This is only the beginning in many ways.