Pentagon Releases Videos Showing What Looks Very Much Like A UFO 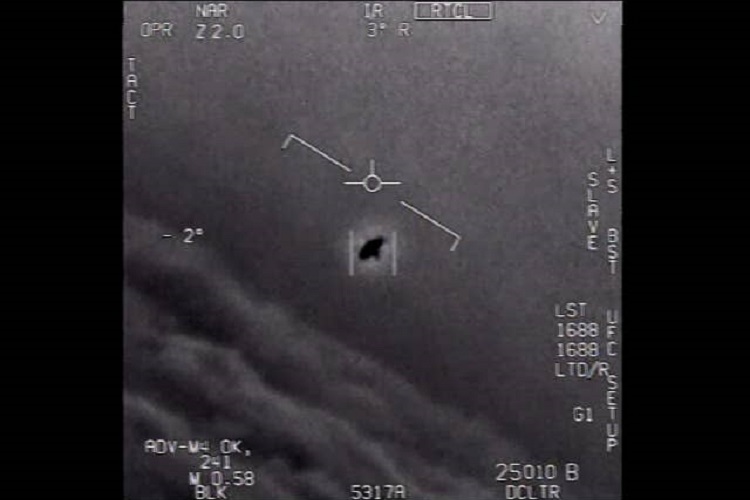 In October 2019, the To The Stars Academy announced a partnership with the U.S. Army to work together on UFO research.

But only now, after a careful review of the situation by the Pentagon, have the clips been officially released.

“DOD [Department of Defense] is releasing the videos in order to clear up any misconceptions by the public on whether or not the footage that has been circulating was real, or whether or not there is more to the videos,” read a statement. “The aerial phenomena observed in the videos remain characterized as ‘unidentified’.”

Unexplainable moves made by the UFO

One of the UFO videos was taken in 2004 from a Navy F/A-18F fighter jet off the coast of San Diego. In one description given by a pilot, the UFO appeared suddenly at around 25000 meters, and then plunged towards the ocean before hovering at around 6000 meters.

The other two clips were taken off the east coast of the United States between Virginia to Florida in 2015. At altitudes of around 9000 meters.

“It seemed like they were aware of our presence, because they would actively move around us,” Lt. Danny Accoin said in an interview a couple of years back.

The objects reportedly undertook manoeuvres that are not possible with current aviation technology.

The 2004 video has no sound while the 2015 clips are accompanied by full audio from the US Navy pilots.

At one point, one of the pilots can be heard exclaiming, “wow, what is that man? Look at it fly!”

The unidentified flying objects have an elongated shape, not dissimilar to a saucer-like object.

The UFO seen in the 2015 video is about 13 meters in size. It accelerates into the air before disappearing. In the same report, it was also revealed that the Defense Department spent $22 million on the Advanced Aerospace Threat Identification Program between 2007 and 2012.