Must Mankind Bow to False Gods? 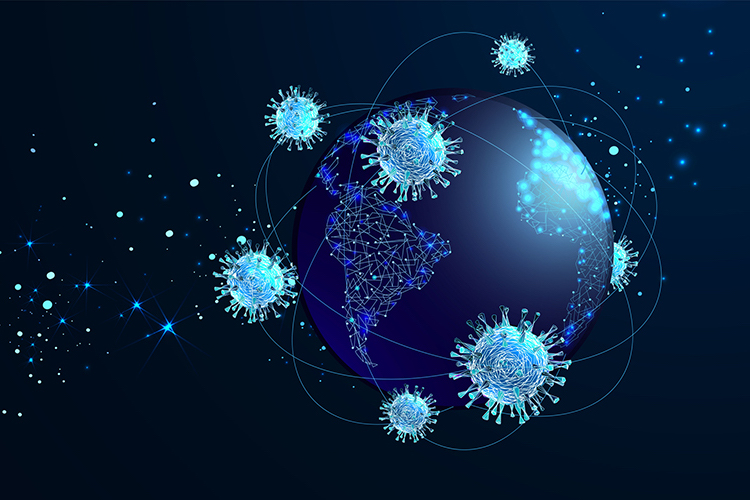 We are living in the land of fake-believe. Nothing is as it seems in this virtual world invented and monopolised by deceivers. A world in which warriors of truth are named ‘conspiracy theorists’ and masters of the lie are named ‘upholders of the truth’. And all the while, a largely hypnotized humanity bows down its head to this vainglorious game. This game of thrones.

The messages being broadcast to the world by what is known as ‘the media’ are an incomprehensible jumble of fact and fiction; with fiction coming out very much on top. ‘Fake news’ designed to rob us of our ability for independent thinking while selling the line of the architects of control, no matter what.

In the great majority of cases ‘the media’ manifests with no actual journalism involved, just a robotic feed-through to Joe public of the ‘spin of the day’, spiced-up by the fear formula. It’s a menu that changes very little wherever one is in the world – an endless repetition of fake believe – until one can’t be sure that one is who one is and/or whether one is maybe on another planet altogether.

A helium balloon on a string, sporting an agenda invented and scripted by the devil himself. And the longer it goes on the more unreal it all becomes. Yet it is ‘actual’, in the sense that it is actually happening. It’s just that, since the logic is the reverse of human logic, we are experiencing a back-to-front reality.

In this place, the Minister of Health’s role is to ensure citizens get sick while the doctor is there to ensure the sick never recover. The nurse’s job is to be master of the poisoned needle. The school teacher’s role is to ensure the physical separation of pupils and to enforce the wearing of the mask. The policeman’s job is to push society into a crime, and at the head of this show, is, of course, the Crime Minister himself.

Then what about we the people? What is our role within this sadistic drama? Why, to be culled of course. Not all and not all at once. Oldies first, because they are ‘useless eaters’ and a drain on the economy. They know something too, and that’s not good. Some may be ‘useful’ but only as sterile cyborgs, not as thinking, feeling human beings still capable of rational judgment – no, they must go – and the sooner the better.

Since the reality of this open attack on humanity is simultaneously an expression of its insanity, many are lost, not able to grasp the complexity of this fact. So this insanity also moves amongst us ‘we the people’. In fact, public obedience to the beast is simply another form of insanity.

Obedience to the beast is what most conceive as constituting ‘a responsible citizen’. Doing what one is told to do carries with it a quasi-religious moral imperative. A sense of self righteousness concerning one’s duty to follow the script, the diktat of the status quo. Never to step out of line.

Who would ever have guessed, just eighteen months ago, that a very significant percentage of the world’s population would unthinkingly follow the call of madmen to accept being locked-down in their own homes? So ready to be so obedient; so ready to be hypnotized into submission to the protagonists of the New World Order/ Great Reset.

Now a key accomplice to our present state of abstraction and enfeeblement lies in an addiction to  virtual technologies, the cell phone being the chief culprit. We – and it – together, have created a 3D world which is not this world, but a digitalized virtual version. The great danger is that this digital version will, through constant reliance upon it for information and communication, seem more real than the real world of emotions, instincts, nature, earth and the elements.

This is what transhumanist promoters are pressing for and governments going along with – to become permanently plugged-into the virtual electronic grid and have this connection hard wired via a direct chip-based feed from super-computer to human brain.

Just as the genetically modified Covid hook protein jab is sold as a protective ‘vaccine’, so too will a computer chip with direct access to the brain, be sold as a ‘cure’ for our apparent inability to process a vast quantity of supposedly essential – but actually useless – information. A technocratic mind is being promoted as the Omega point for humanity, while intuition and heart are being downgraded to junk status.

I write extensively about this in my book ‘Overcoming the Robotic Mind’.

The dark political agenda – we are right to name it Satanic – so evident at this moment, is closely integrated with the digital processing of the human brain and psyche. Those leading ‘the way of the lie’ in this fabricated Covid holocaust, are relying on we the people not recognizing that their political proselytizing is a stage managed deception designed to push through ever more constricting centralized control, leading to totalitarian dictatorship: The New World Order/Great Reset.

So long as a large percentage of mankind spends more time engrossed in an algorithmically controlled digital reality – than time spent engrossed in ‘real life’ – our self elected leaders of deception will have no difficulty mind controlling the masses into following its program. A program  that includes the jab-insertion of a magnetic chip called a ‘vaccination’, designed to keep steering humanity into permanent slavery to an anti-life dictatorship.

Man seeing ‘the machine’ as a god – if not God –  has been a thematic of insightful authors for the past century or more. ‘Deus ex machina’ is not a fantasy for those currently wedded to their mobile phones. In fact, what they are subconsciously ‘wedded’ to is the addictive convenience afforded by these little microwave time-bombs; and after a while most cannot even imagine life without them.

Further high-tech so called ‘breakthroughs’ are already in the pipeline. ‘Zero point’ quantum energy; anti-gravity ‘faster than light’ transportation and ‘celestial chambers’ for all manner of molecular body repairs. Not to mention synthetic plasma foods made by quantum computers and having nothing to do with food grown from seeds in the soil.

All this and more is rushing mankind towards so called ‘solutions’ to so called ‘problems’.  A World Economic Forum led ‘Great Reset’ is currently being pushed upon us, on the absurd notion that we need ‘a grand solution’ to a non existent problem called Global Warming.

Equally, scientific ‘progressives’ believe we are all being held back from liberation by the constraints of gravity rather than by our disastrous lack of spiritual awareness.

But can anyone stop long enough to ask if any of this is the path most likely to support the evolution of man as a sentient, warm, loving and creative being?

Is speed and high-tech wizardry deepening human experience or making it more sterile?

Are the protagonists of futuristic solutions like ‘the internet of everything’ sane people? Do those who go along with such notions actually believe some nice men and women are steering mankind in a direction that fulfills our deeper desires and aspirations?

Are we so lost as to believe it is worth living under a dictatorship in order to ensure that this dark madhouse gets to become the main agenda on planet Earth?

And lastly, are those promoting a digitalised algorithmic future in any way wise, far sighted, spiritual beings? Or are they simply the latest exploiters of trends whose origins are to be found in Illuminati and secret society annals of history?

These are the questions that need to be factored-in to our thinking each time we hear about another ‘breakthrough’ in man’s technological prowess. There is more to living than playing with machines and then passively subjecting one’s self to their ability to manage one’s life.

Only by stopping to listen to the deeper call that comes from the real God within ourselves can we be guided onto the path of actual wisdom. Where that path takes us is what constitutes genuine ‘progress’ for humanity.

Only technologies, medical treatments, educational policies and governing bodies that follow this path – are worthy of being defined as ‘progressive’.  Anything and everything else is fake. Fakery has no place within a steadily emerging consciousness that reveals man to be a higher being, gifted with deep powers of love, empathy and a burning desire for true global justice.

Human race, cease playing powerless victim to your self imposed jail-sentence. Take control of your destiny – move forward into the light.