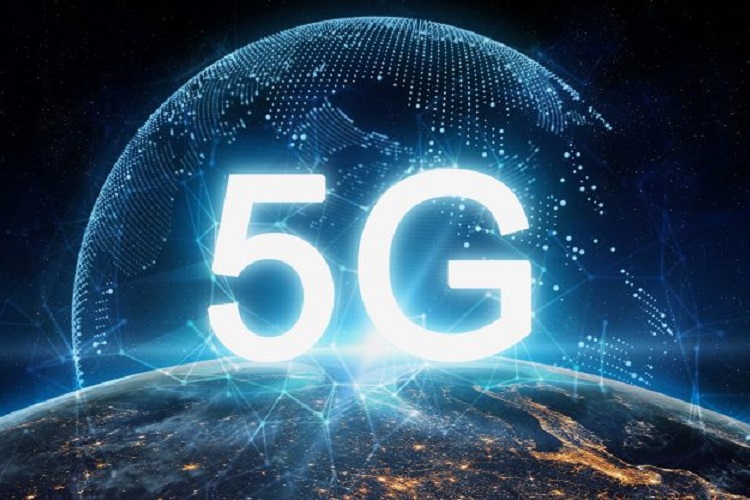 Flying under the radar, so to speak, during the media coverage of the COVID-19 pandemic, is the rollout of a hyper-fast speed 5G wireless network. As millions of Americans are suddenly working remotely, it has proven to be a powerful opportunity for regulators to move 5G forward.

Yet, in the face of expanding wireless connections, a landmark study recommends reducing exposure.

Despite concern by many experts, the implementation is moving forward under the guise of bringing a faster and more efficient internet, at any cost. The term 5G stands for the fifth generation of wireless access, which Jonathon Adelstein, head of the Wireless Infrastructure Association, characterizes as “4G on steroids.” The association represents nearly 200 companies in the telecommunications industry.

However, Adelstein’s characterization of 4G on steroids is not quite accurate. While the 4G network uses under 6 gigahertz (GHz) on the radio frequency spectrum, 5G will occupy from 30 GHz to 300 GHz, which are shorter millimeter wavelengths. The health effects of consistent exposure to pulses of these wavelengths have not been thoroughly studied, but the initial evidence shows it is likely dangerous.

If faster speed and reliability are truly the end goals, then fiber optic connections are a far better and safer way forward. It’s not the faster speeds of 5G that are of concern to scientists but, rather, the distribution of wireless data when in most cases it could be routed more easily and less expensively over fiber optic cables.

The commission was made up of 13 members whose education included epidemiology, occupational health, toxicology, physics, engineering electromagnetics and a representative from the wireless industry. As quoted from EMF Safety Network, the commission was asked to answer eight pointed questions, including:

The commission heard from experts and ultimately all except the telecommunication representative acknowledged that RF radiation coming from wireless devices had an effect on humans, animals, insects and plants. The commission wrote:

“There is mounting evidence that DNA damage can occur from radiation outside of the ionizing part of the spectrum. The Commission heard arguments on both sides of this issue with many now saying there are findings showing biological effects in this range. This argument gets amplified as millimeter waves within the microwave range are beginning to be utilized.”

Their first recommendation was “an independent review of the current RF standards of the electromagnetic radiation in the 300MHz to 300GHz microwave spectrum” to assess the health risks that were linked to cellular communications.

The remaining recommendations included those that would reduce an individual’s exposure to the 5G network and increase the public’s knowledge and awareness of their exposure.

Included was a shorter minority report written by the business and industry representative and the telecommunications representative, who were not in agreement with the majority of experts.

The EMF Safety Network wrote, “This minority report parrots the language of the telecommunications industry and exposes their agenda to ignore science and continue to confuse the public.”

Safety Is taking a backseat to speed

In much the same way the tobacco industry convinced the public that smoking was not dangerous, so is the telecommunications industry selling the public on speed over safety. In the interview above with Greater Earth Media, IT professional Jon Humphrey made the glaringly obvious comparison between the actions of telecommunication, tobacco and leaded gas industries, saying:

“So, they know the technology is dangerous and that’s why they’re just trying to get as much of it out there as they can before they’re finally held accountable. Sadly, we’ve seen this all before.

“We saw it with big tobacco, we saw it with leaded gas and in every single case the big corporations did what they always do — they lied and then they paid off politicians and they paid scientists and they silenced people and discredited them and sadly they did get away with a lot of it and that’s what we need to make sure doesn’t happen with 5G.”

The promise is that speeds will be from 10 to 100 times faster than 4G running primarily on millimeter-wave (MMW) bandwidth. According to EMF coach and author Lloyd Burrell, the signals will likely be weaker since the wavelengths do not penetrate buildings and tend to be incorporated into rain and plants. To adjust, the 5G network will use:

“… smaller cell stations (and the technology of beamforming) that’ll scramble/unscramble and redirect packets of data on a no-interference path back to us. This could mean wireless antennas on every lamp post, utility pole, home and business throughout entire neighborhoods, towns and cities.”

This requires a new infrastructure mounting 5G cell stations on existing structures, such as utility poles. During U.S. Senate hearings on the topic, when asked about the safety studies on these small cell stations, representatives from the industry stated they were not aware if any such studies existed.

This led Sen. Richard Blumenthal, D-Conn., to say, “So there really is no research ongoing. We’re kind of flying blind here.” An article published in Scientific American by Joel M. Moskowitz, Ph.D., director for the Center for Family and Community Health in the School of Public Health at the University of California, Berkeley, identified another challenge:

“5G will not replace 4G; it will accompany 4G for the near future and possibly over the long term. If there are synergistic effects from simultaneous exposures to multiple types of RFR, our overall risk of harm from RFR may increase substantially. Cancer is not the only risk as there is considerable evidence that RFR causes neurological disorders and reproductive harm, likely due to oxidative stress.”

How Is 5G different from 4G?

As explained in this video by IEEE Spectrum, part of a large organization devoted to engineering, there are several differences between 4G and 5G technology. Considering there are already many who struggle with electromagnetic hypersensitivity, saturating cities and suburban areas with additional radio frequencies will only add to this once rare affliction.

One of the significant problems with the technology is that it relies primarily on millimeter waves (MMW), which is known to penetrate human tissue up to 2 millimeters, where it is absorbed by the surface of the cornea and is conducted by sweat glands within the skin. Each of these factors leads to an association with a number of potential health problems.

MMW is also known to suppress your immune function and increase cellular stress, harmful free radicals, learning deficits and, potentially, bacterial antibiotic resistance. There is nothing to suggest that 5G will produce less harm than the current technology, and there are thousands of studies demonstrating the harmful effects from that.

Research by Martin Pall, Ph.D., details how excessive oxidative stress triggered by microwave exposure from wireless technology can lead to reproductive harm and neurological disorders, such as anxiety, depression, autism and Alzheimer’s.

Without the choice to opt-out, what can you do?

Once it’s installed in your neighborhood, you won’t have a choice to opt out of 5G exposure. “5G will be virtually everywhere, with the options of being able to simply “get away from it” being very limited as millions of small cell devices are rolled out,” Humphrey says.

There’s no doubt in my mind that microwave radiation from wireless technologies is a significant health hazard that needs to be addressed if you’re concerned about your health. Unfortunately, the rollout of 5G will make remedial action difficult, which is why we all need to get involved and do what we can to prevent it in the first place, such as contacting your local lawmakers and signing local petitions.

Below are several suggestions to help reduce your exposure and mitigate the damage from wireless technology. In addition, you can download a free chapter from my book, “EMF*D,” that summarizes many of the major recommendations. This is handy to keep on your desktop as a reference as you’re making changes in your home.

Dr. Joseph Mercola is the founder of Mercola.com. An osteopathic physician, best-selling author and recipient of multiple awards in the field of natural health, his primary vision is to change the modern health paradigm by providing people with a valuable resource to help them take control of their health.