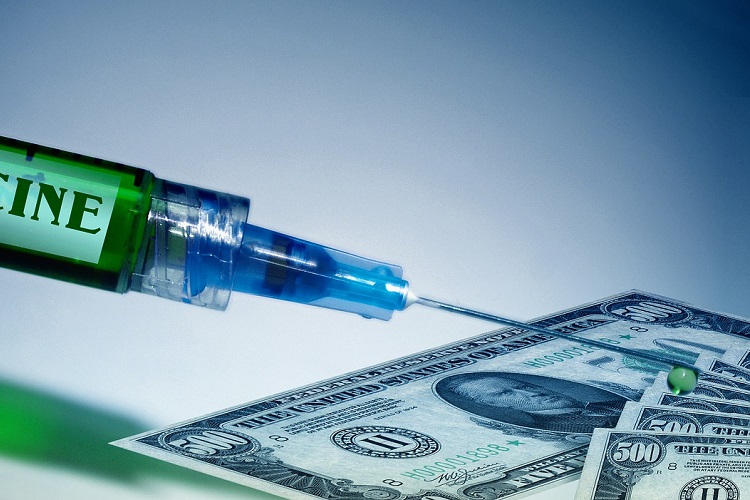 There is an old saying when developing and building a project: measure twice, cut once. If you pay attention to detail and apply due diligence, the chances for an optimal outcome increase. In the vaccine world, this has been especially true as pharmaceutical companies spend years and even decades developing drugs to make sure they have the highest possible efficacy. In 2020, however, all that changed.

“From the creation of the idea to having a marketable vaccine is usually seven to 10 years or more, and about 1 billion U.S. dollars,” says Gregory A. Poland, MD, director of the Mayo Vaccine Research Group.

That is of course, by design of human biology and procedures built to minimize harm.

“The basic history lesson when it comes to vaccines and immunization is that there always has been a risk and there always will be a risk,” says David S. Jones, PhD, the A. Bernard Ackerman professor of the culture of medicine at Harvard University.

Despite health professionals and experts warning against rushing a vaccine to market, governments around the world took to deploying programs like “operation warp speed” to fast-track vaccines like Pfizer/BioNTech’s Covid vaccine as well as Moderna’s.

While this was the fastest approval in history, it is not the first time government has fast-tracked a vaccine. We’ve been down this road before and when the government and vaccine manufacturers successfully whip people into a tizzy, the anxiousness and rushed tactics come back to haunt us.

As the Journal of the Royal Society of Medicine wrote in its peer-reviewed paper titled The Cutter Incident: How America’s First Polio Vaccine Led to a Growing Vaccine Crisis, the last time a vaccine was fast-tracked, the results were horrific.

Notwithstanding, the government has approved it in record time, and we are already seeing adverse reactions, despite not having widespread vaccine measures in place.

According to the CDC, as of Dec. 18, 3,150 people reported what the CDC terms “Health Impact Events” after getting vaccinated.

The definition of a Health Impact Event is: “unable to perform normal daily activities, unable to work, required care from doctor or health care professional.” 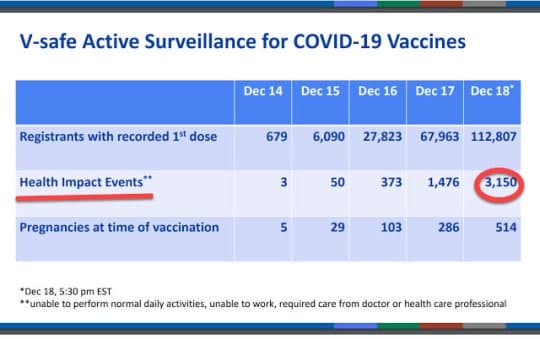 This is in stark contrast to headlines across the mainstream which literally have Gandalf claiming the vaccine makes him feel “euphoric.”

Holy shit, people are having a lot of negative reactions to the vaccine and it is making the papers!

Quick, have Gandalf tell them it makes you feel euphoric! pic.twitter.com/lbXMU9Dz7Z

While many in government may be well-intentioned with their rush to approve these COVID-19 vaccines, it is undeniable that many of them are also beholden to lobbyists in the industry. Special interests could likely the reason the federal government took less time to approve the vaccines than they did to approve an insultingly low $600 stimulus check for Americans — many of whom are quite literally starving.

In March, around the same time government approved the first $1,200 stimulus checks, they also announced the acceleration of clinical trials for COVID-19 vaccines. On December 11, 2020, the U.S. Food and Drug Administration issued the first emergency use authorization (EUA) for Pfizer-BioNTech COVID-19 Vaccine. This happened to be well over a week before Congressional leaders agreed to send Americans $600. In other words, government was faster at approving a controversial and experimental vaccine, faster than approving a measly $600 check for US citizens. This is unacceptable.

As TFTP reported this week, in many places, lack of income, lockdowns, and economic woes caused by the government’s reaction to the pandemic, are leading to spikes in overdose and suicides that are killing far more people than the virus.

A record 621 people as of December 19 have died of drug overdoses in San Francisco alone. That is 360% more deaths than COVID-19 which sits at just 173 deaths. The results are similar in places across the country. However, the government was more concerned with fast-tracking a vaccine with zero long-term studies than they were with preventing despair, hunger, unemployment, overdose, and suicide by giving Americans a stimulus.

If we contrast America’s economic response to that of Canada’s, we can see where America’s priorities lie — and it is not with the people. Canada has a multi-tiered response that is providing weekly benefits for those affected by the lockdowns. As a result, their deaths from suicide and overdose haven’t spiked like we are seeing in the US.

While forced isolation measures are causing a spike in despair, suicide, and overdose globally, it is a lot easier to work through these issues if you don’t have to worry about starving to death.

As a result, in Canada, amid the pandemic, they witnessed a 200% spike in calls to suicide prevention lines and counselling. In America, some cities like Los Angeles, spiked upwards of 8,000%.

While we can’t correlate the causal relationship between stimulus and depression with certainty, given the above examples, it can safely be assumed that stimulus most definitely has an effect on keeping it lower.

Nevertheless, the United States government failed to provide adequate support to the people while at the same time giving hundreds of billions to special interests.

Sadly, the American people were duped.

As the stimulus plan was sold to them in March as an aid package for the most vulnerable, it’s been anything but. Here we are 9 months later and banks and corporations, and the mega rich, are still feeding at the government trough as Americans get $600. As a result of the feeding, we’ve seen a massive transfer of wealth — totaling a trillion dollars — to just a few of America’s richest people.

But fret not America, your government has fast tracked the vaccine — with a reported 90% efficacy rate — for a disease most people have a 99% chance of beating with their immune systems. So, forget about going poor and starving, roll up that sleeve and support your local Big Pharma billionaire by getting vaccinated today!

**This article (It Took Gov’t Less Time To Approve COVID-19 Vaccine Than A $600 Check For Citizens) was originally published at The Free Thought Project and is re-posted here with permission.**