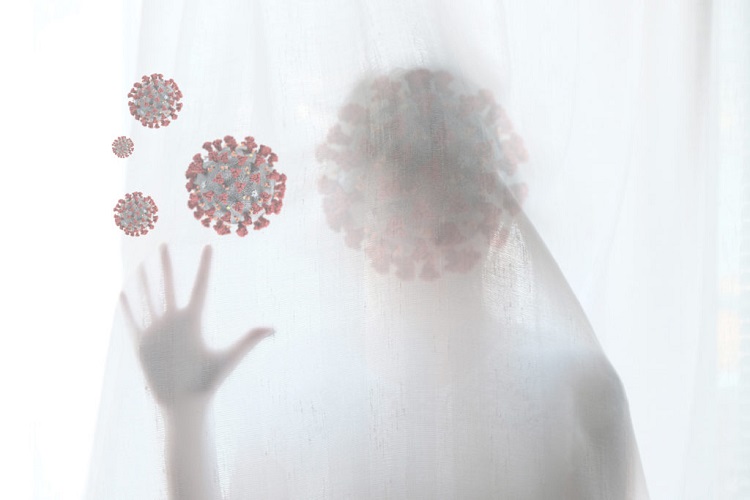 “Energy has to go somewhere. If it is blocked from following its natural path, it must manifest as a distortion”

The Reason why so many are suffering under the totalitarian imposition of Covid lockdown rules, is because they subconsciously fear the fight for freedom and justice more than they fear serfdom, injury and even death at the hands of a dictatorship operating under the pseudonym ‘government.’

To look on and do nothing, except tremble, is what is leading this sickness called ‘Covid’ to manifest. It is a cellular expression of a lack of resistance to lies and a lack of appetite for truth.

It is an initiation by fire to live by a different set of values than those that have led to the crisis  humanity finds itself in today.

The great majority of those at the receiving end of this great global lie called ‘a pandemic’ cannot distinguish fiction from fact, phantom from reality. The deliberate introduction of chaos and confusion is carefully mingled with earnest sounding political calls to “be responsible, get yourself vaccinated” a call then regurgitated by herds of hypnotised ‘believers’.

In an era when television is a digitalised opiate and ‘the news’ is 100% controlled propaganda, millions upon millions are being drawn into a suicidal dependency on quasi-political ‘authorities’ whose scripted words and instructions constitute the poisoned arrows of genocide.

This is not a film. We are already in a pre-planned real time scenario initiated by a small cabal with the intention of reducing the world population by 75 to 90% and, in the process, stealing all possessions in private ownership and using weaponised EMF technologies to create a 24/7 surveillance and mind control state. If there is one outstanding element that runs through all aspects of this control agenda, it is it’s dark intent. This is a satanic operation.

Under the surface of high sounding phrases uttered by politicians ‘protecting and caring for the general public’, is a quite different reality. Those committed to rolling-out the ‘Great Pandemic’, ‘The Great Health Passport’ ‘The Great Reset’, ‘The Great Green Deal’ and ‘The Great 5G Irradiation Programme’ are operating on a dimension that is not fully human. They are a club, whose lead members meet under the emblem of Masonic lodges, child abuse rings and ‘churches’ of ritual occult ceremony.

They are tuned-into the opposite energy frequencies from the great majority of reasonable, caring, humane individuals. An energy level which can only be combatted successfully by energy levels operating on a plain which is essentially ‘light’.

Now, this presents a very remarkable challenge to all of us. Through raising levels of the light which resides within us, the would-be controllers of humankind cannot harvest the pain they inflict as a fuel for furthering their field of operations. The more advanced the power of spirit, the less can those reliant on satanic energy continue to operate on a vibrational field (the Earth) which essentially operates within energetic fields based upon light.

Without their dark energy, vampired from those suffering under the enforcement of ‘The Pandemic’,  heinous acts performed against children – and all other deliberate acts of cruelty – those responsible cannot exert their authority over mankind.

This is what I believe to be the deeper strata ‘cause and effect’ energetic drama now manifesting itself on this planet.

It’s perpetrators are ‘deceivers’. The art of deception lies in its power to beguile. The great body of mankind is faced with this demonic and treacherous state of affairs, but will not see it as the masterminded and carefully constructed occult ritual which it is. One which mimics the ‘suffering and redemption’ process so successfully exploited by religious dogma and manufactured fake moralities.

The turning-point in all this will come when a sufficient number of individuals recognise their own embroilment with the deceivers. For at present, oppression techniques are not seen as oppression, but their opposite, as a kind of ‘salvation’. A salvation from something unseen, which has been cracked-up to be ‘a grave danger’ totally disproportional to the reality.

So it is only a process of raised conscious awareness that can finally vanquish this chimera; this phantom, which has been amplified into something seemingly ‘real’ in the mind of the initiate.

Just as the Corona virus itself has been hugely amplified in the laboratory, in order to be identifiable as ‘something actual’. A ‘something’ which has nevertheless never been physically isolated – and therefore cannot be utilised as the foundation of a real vaccine. Hence the roll-out of the experimental gene therapy injection now being administered to all who succumb to the fraud.

We are coming-up against our own susceptibility to create ghosts and then to believe in them. The cabal’s (government) ‘deep mind’ psychologists know this. The ‘authority’ deceivers know how to play on this susceptibility and make it into the dominant emotional experience of daily life.

The chief state controlled surgeons of this process are the mainstream media. Such outfits as the BBC are the dark indoctrination hosts whose historical cache makes the carefully crafted lies seem all the more convincing.

The Covid chimera and the ever present digitalised EMF radiation frequencies continuously manipulating and denaturing human brain cells – have now combined as ‘silent weapons for quiet wars’ covertly – and overtly – altering rational human thinking so that a virtual reality Covid world can be accepted as ‘the actual world’. The projected ‘New Normal’.

This is the script which underlies the current sate of affairs on this planet, and those who follow it are sacrificial lambs of the ensuing metaphorical – and actual – slaughter.

Recognising that one has set-up one’s own victimhood within this strange and twisted occult phenomena, is the key to gaining freedom from it. “The truth will set you free” has never been a truer statement. This is the Age of Truth. The timing is perfect.

‘Know Thyself’ and one will know that Covid is our own unaddressed fears peering back at us – laughing cynically at our ability to torture ourselves with our own ghosts. “Know Thyself” and you will see who you really are and who God really Is, and how inseparable you are from your Creator.

Energy has to go somewhere. If it is blocked from following its natural path, it must manifest as a distortion. It is a fundamental law of physics – what we call ‘sickness’. ‘Covid’ is the manifestation of the root sickness of mankind: a drastic deviation from the evolutionary spiritual path.

This sickness will evaporate like the mist that melts away with the morning sun, once we give-in to truth and cease our love-affair with the lie. We cannot forever turn away from the energy of the light that illuminates good and evil with equal power.

We are right on the cusp of a great turning. A deep cleansing of body, mind and spirit. The Covid code is almost cracked. It is a dark phantom conjured into existence by us.

We elected it into office, didn’t we?  We offered it the chance to manipulate us, didn’t we? We put it on a pedestal and then stood in awe – and anger – at its ‘authority’, didn’t we?

We have even so far failed to remove it – in spite of seeing it destroying all we hold meaningful and valuable, haven’t we?

Lastly, in this comedy of errors, the passive position taken to the roll-out of the occult PCR test and vaccine is an ‘inactivity’ that has led us to become masked and mad, in this Faustian contract with our own inner deceptions.

They are real enough, these deceptions. They take the form of actual physical beings playing-out  tragi-comic dramas of our own de-spiritualised inner voids – so that we may finally see what these voids look like – face to face.

This is the nature of the great cosmic quantum dance of existence. It lets this ‘Covid Event’ perform the role of mirror so that we may see our inner ailments in the physical form of those we elect and/or accept as ‘leaders’. This way we finally recognise what our denatured spiritual essence manifests as in real time.  ‘They’ are simply a projection of a deep unwillingness by us to address the deeper callings that give direction, meaning and purpose to our own lives.

Come on good people, cease clinging to dark myths of deep state indoctrination . Stop this sickness of self torment. Be brave. Step out of the pain and into the light. It’s everywhere; omniscient and omnipotent. It’s only deluded self imposed convictions that are preventing millions from stepping free into the radiant sunshine of the joyful soul of existence!