It Turns Out That 5G Might Cause Cancer After All 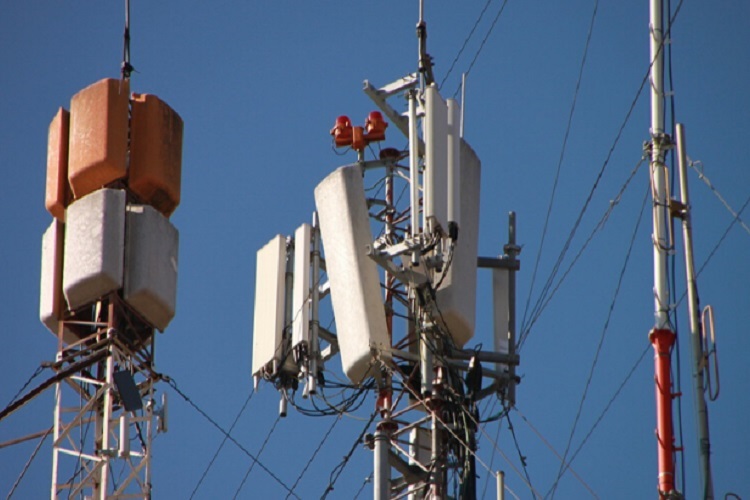 The 5G technology roll out is not without controversy. All across the globe people—including consumers, parents, scientists, and engineers—are demanding answers about and educating others of the risks of 5G.

In fact, nearly 200,000 people from 204 countries have signed an appeal to “stop the deployment of millions of 5G antennas on Earth and 50,000 5G satellites in space, and to secure emergency high-level meetings with officials in governments and international governmental organizations including the European Union, the United Nations, and the World Health Organization.”

Next week an important lawsuit is set to go before the U.S. Court of Appeals for the Ninth Circuit. As TMU previously reported, the ruling will decide whether the Federal Communications Commission (FCC) can restrict just how much local governments charge wireless providers to attach small cells to city-owned infrastructure like light-poles. As it stands, thanks to a September 2018 ruling, local and state governments have limited time to approve or deny applications for installing these small cells and limitations on what they can charge carriers.

The FCC reportedly relies on a federal law banning state and local governments from prohibiting mobile carriers from offering services to a particular area. However, many see this being used as a loophole to further advance 5G with as little pushback as possible and there is ample evidence that local governments are finding themselves losing control of their local 5G roll out.

As previously reported by TMU, Danville, California Mayor Robert Storer admitted in March 2019 that the city council had “lost local control” of the 5G roll out. In an effort to stand up to the federal government and Big Wireless, the city council voted four to one to block Verizon’s permit. The council was successfully influenced by Danville citizens who brought forward their complaints and concerns about the health impacts of the proposed small cell site and other 5G infrastructure.

But because of the FCC’s own regulations, local governments are not allowed to consider health risks when making their decisions on 5G infrastructure. As it turns out, health risks—not small cell tower aesthetics—are the primary focus of opponents and critics of 5G not only in Danville but across the globe.

In fact in May of last year, the Louisiana House unanimously voted to have the Louisiana Department of Environmental Quality and the Department of Health study the effects of 5G on both the environment and on public health. And only one month before that a 5G pilot project in Brussels was halted out of fear negative health impacts on citizens.

“I cannot welcome such technology if the radiation standards, which must protect the citizen, are not respected, 5G or not,” Environment minister Céline Fremault told Bruzz. “The people of Brussels are not guinea pigs whose health I can sell at a profit. We cannot leave anything to doubt.”

University of California, Berkeley, public health researcher Joel Moskowitz recently warned in Scientific American that we don’t fully understand the risks of 5G in an article titled “We Have No Reason to Believe 5G is Safe.”

Moskowitz notes that localities like those mentioned above are acting on sound scientific evidence, not merely conspiracy theories, and that those scientists who have engaged in research on the topic and thus sounded the alarm are being dismissed as fear mongers.

Based on scientific research, Moskowitz writes that more than 240 scientists who have researched the biologic and health effects of nonionizing electromagnetic fields (EMF) and published more than 2,000 papers and letters signed the International EMF Scientist Appeal calling for stronger EMF exposure limits. The appeal states:

“Numerous recent scientific publications have shown that EMF affects living organisms at levels well below most international and national guidelines. Effects include increased cancer risk, cellular stress, increase in harmful free radicals, genetic damages, structural and functional changes of the reproductive system, learning and memory deficits, neurological disorders, and negative impacts on general well-being in humans. Damage goes well beyond the human race, as there is growing evidence of harmful effects to both plant and animal life.”

“The World Health Organization’s International Agency for Research on Cancer (IARC) classified RFR as “possibly carcinogenic to humans” in 2011. Last year, a $30 million study conducted by the U.S. National Toxicology Program (NTP) found “clear evidence” that two years of exposure to cell phone RFR increased cancer in male rats and damaged DNA in rats and mice of both sexes. The Ramazzini Institute in Italy replicated the key finding of the NTP using a different carrier frequency and much weaker exposure to cell phone radiation over the life of the rats.”

Nevertheless, the FDA reaffirmed the FCC’s 1996 exposure limits. In an April 2019 letter, the FDA told the FCC that they had “concluded that no changes to the current standards are warranted at this time,” and that “NTP’s experimental findings should not be applied to human cell phone usage.” The letter goes on to explain that “the available scientific evidence to date does not support adverse health effects in humans due to exposures at or under the current limits.”

Research is indeed lacking when it comes to 5G but this is because the technology is new and should therefore warrant study before being put to use. However, we do posses evidence that 2G and 3G can be harmful to human health and anecdotal evidence that 4G is harmful as well. Unfortunately, due to an unsurprising lack of government funding, studies into the effects of 4G exposure are lacking.

But even estimating the potential effects of 5G based on those of 2G, 3G, and 4G will result in accuracies as 5G is brand new—the technology uses millimeter waves for the very first time. And with the required increase in cell antennas needed for the technology to even work, more people will be exposed than ever before.

According to Moskowitz, short-term exposure to these millimeter waves “can have adverse physiological effects in the peripheral nervous system, the immune system and the cardiovascular system. The research suggests that long-term exposure may pose health risks to the skin (e.g., melanoma), the eyes (e.g., ocular melanoma) and the testes (e.g., sterility).”

It isn’t a stretch to say the potential effects of 5G technology are worth exploring before jumping into the 5G roll out head first. But it appears 5G is yet another example of consumers willingly trading in their health, privacy, or data for the sake of convenience and the latest technological advances without question.

If the 5G roll out proves successful without meaningful and thorough study of the health impacts as some are demanding, we may find ourselves inundated with a surge of cancers in the coming years followed by a surge of donations into the cancer treatment complex rather than an overhaul into the cause. But as long as our cars, our hospitals, and our doorbells are connect to The Internet of Things who are we to complain?

Stay tuned to the Mind Unleashed for updates on the continuing battle over 5G.