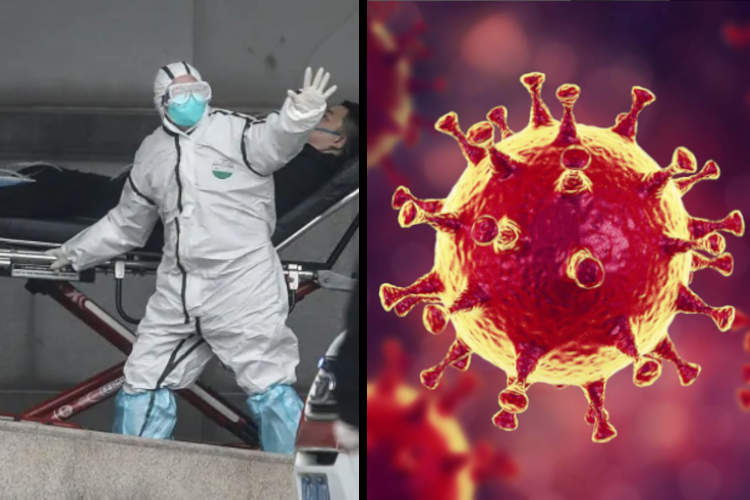 Editor’s Note: This article has been labeled as ‘False’ by science feedback, who points at that the claim regarding HIV insertions into the Coronavirus is unsubstantiated. Please read their review, HERE.

There is a massive stone monolith suspiciously placed in a rural county in the American south, known as the Georgia Guidestones. Constructed in 1981, the array of standing tablets features ten commandments for life on planet earth, and the first commandment is suspiciously eerie in times like these…

For decades now, mainstream media has been programming the public to fear so-called ‘conspiracy theories.’ Anyone who criticizes or counters official narratives about our world is labeled a ‘conspiracy theorist, for example, anyone who looks at the Georgia Guidestones and wonders how secretive, influential people will achieve the aim of reducing the earth’s population to under 500 million.

By being trained with the trigger word ‘conspiracy theory,’ the masses have learned to stop critical thinking and participate in group think when told to do so. This worked well for many years, but it’s wearing off now, because, the information age has allowed many more people access to contradictory info, and so many of the ‘conspiracy theories’ are being proven to be undeniably true.

The list of conspiracy theories turned conspiracy fact continues to grow, including, but not limited to chemtrails, weather modification, HAARP, Hollywood pedophilia, Jeffrey Epstein’s pedophile island, 9/11 building 7 controlled demolition, CIA drug trafficking, the US Army conducting germ warfare tests on unsuspecting American citizens, rampant pedophilia and sex abuse in the Catholic Church, and on and on.

Today we can add another big one to the list as the Wuhan Novel 2019 Coronavirus (2019-nCoV) is looking more and more like a government engineered biological weapon. Initial reports had alleged that the virus jumped from animals to humans in the a seafood market in Wuhan, China, which is one of the largest cities in central China, with a population of over 11 million people.

Within just two months this virus has spread so far and fast that the World Health Organization is considering officially calling it a global pandemic, with reports to date of over 20,000 infected and close to 500 deaths. These numbers are growing daily, already well-surpassing any similar epidemics in recent times, such as SARS, Ebola or the H1N1 flu.

The emerging theory, however, is something ‘conspiracy theorists’ have warned about for a long time, that a virus created in a government lab as a bioweapon is somehow released into the general public killing many and creating an opportunity for government to exercise strict population control and quarantines. Now, the evidence supporting a similar theory about the 2019-nCoV is becoming very difficult to ignore, deny or dismiss.

“Where did the 🦠 come from?” is one of the most asked questions. First, I don’t like unsupported conspiracy theories, but it’s a lingering question. @sciencemagazine examined this based on Lancet article. Nobody knows, but seafood market isn’t whole story http://t.co/z8YFaWNHP8

China claimed—for almost two months—that coronavirus had originated in a Wuhan seafood market. That is not the case. @TheLancet published a study demonstrating that of the original 40 cases, 14 of them had no contact with the seafood market, including Patient Zero. pic.twitter.com/PdgqgHjkGy

Evidence supporting the theory that this is a bioweapon continues to grow each day, and as it does, it becomes more difficult for mainline news operations like Foreign Policy and The Washington Post to debunk this line of analysis. Meanwhile an information crack down is already beginning as big tech has announced coordinated efforts to censor information about this emerging pandemic.

Add to all of this the news about vaccines being developed to combat this, plus China’s surprisingly Orwellian and authoritarian responses to this crisis, and the coincidence theorist view of events becomes even more difficult to swallow. Humanity might want to overcome its fear of acknowledging dark truths before a globalist, eugenicist, dystopian future emerges before our very eyes.

This article (Engineered Bioweapons and Coronavirus – Another Conspiracy Theory Quickly Becoming Conspiracy Fact) was originally created and published by Waking Times and is published here under a Creative Commons license with attribution to Buck Rogers and WakingTimes.com. It may be re-posted freely with proper attribution, author bio, and this copyright statement.