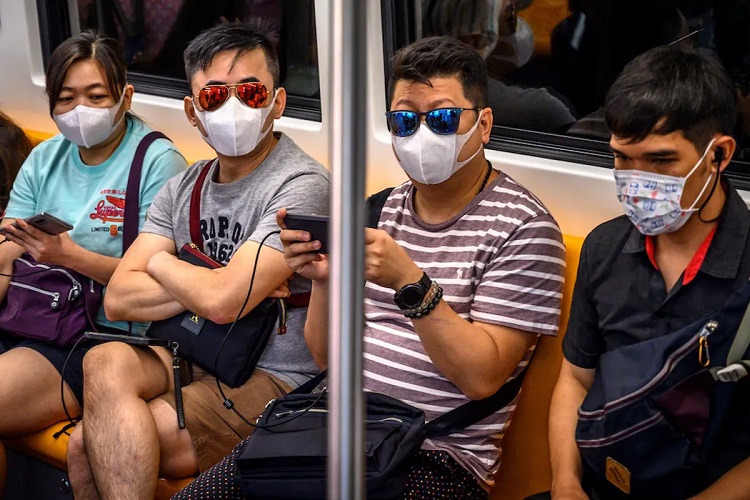 Thai doctors have found a promising treatment for the new coronavirus.

The doctors, from the Rajavithi Hospital in Bangkok, said Sunday that a drug cocktail of HIV and flu medication had worked on several patients, including a woman with severe symptoms from Wuhan, China — the epicenter of the outbreak.

“This is not the cure, but the patient’s condition has vastly improved. From testing positive for 10 days under our care, after applying this combination of medicine the test result became negative within 48 hours,” Rajavithi lung specialist Dr. Kriangska Atipornwanich told reporters, according to Reuters.

The successful treatment combined the HIV medications lopinavir and ritonavir with large doses of the flu drug oseltamivir.

Atipornwanich said he had heard that physicians in China were using HIV medications on coronavirus patients.

“We checked related information and found anti-flu drugs were effective on MERS so we combined both groups of medications,” he said, according to the Bangkok Post.

The woman given the successful treatment was 70-years-old according to Reuters and 71-years-old according to the Bangkok Post. She had first been admitted to Hua Hin Hospital and then transferred to Rajavithi Hospital on Jan. 29. Her symptoms were severe, and she had tested positive for the virus for 10 days. But 48 hours after treatment, that changed.

“The treatment, as well as the recovery, is fast,” Atipornwanich said, according to the Bangkok Times.

Another patient given the drug cocktail improved, whereas one experienced an allergic reaction, according to Reuters.

Somsak Akkslim, director-general of the Medical Services Department, said that the new treatment would only be used for severe cases at first.

“The outlook is good but we still have to do more study to determine that this can be a standard treatment,” Atipornwanich said.

The news from Thailand comes as health experts say the virus is likely to become a pandemic, an epidemic that spreads on two or more continents, The New York Times reported. However, it is unclear how dire a pandemic would be, because scientists are not sure exactly how deadly the disease is. As of Sunday, there were more than 17,000 cases in at least 23 countries and more than 360 deaths. However, epidemiologists estimate there may be 100,000 or more cases.

“It’s very, very transmissible, and it almost certainly is going to be a pandemic,” Director of the National Institute of Allergy and Infectious Disease Dr. Anthony S. Fauci told The New York Times. “But will it be catastrophic? I don’t know.”

It is spreading much faster than SARS or MERS, but slower than the flu or measles. However, while SARS killed 10 percent of those infected and MERS kills about a third, the new coronavirus currently has a fatality rate of two percent, and that is likely to drop as milder cases emerge.

However, the 1918 flu epidemic killed 20 to 50 million people despite having a mortality rate of 2.5 percent. This was due to its fast spread and the state of medical care at the time.

In Thailand, 19 cases have been reported, according to Reuters. Of that number, eight patients have made a full recovery while 11 are still being treated.