Hypernormalisation: A Documentary Of A Fake World 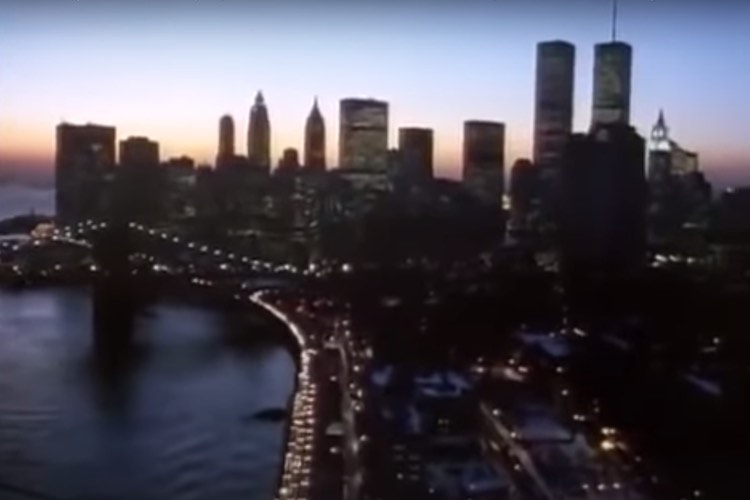 Documentary filmmaker and BBC journalist Adam Curtis has developed a cult following for his eccentric films that combine BBC archival footage into artistic montages combined with dark narratives that create a unique storytelling experience that’s both journalistic and entertaining.

His latest film, “HyperNormalisation,” came out in 2016 and is perhaps even more apropos now, as many have the feeling that they’re waking up to an unprecedented, and unreal, world anew each and every day — and so-called fake news is all around. The term “HyperNormalisation” was coined by Alexei Yurchak, a Russian historian.1

In an interview with The Economist, Curtis explained that it’s used to describe the feeling that comes with accepting total fakeness as normal. Yurchak had used it in relation to living in the Soviet Union during the 1980s, but Curtis used it in response to living in the present-day U.S. and Europe. He said:

“Everyone in my country and in America and throughout Europe knows that the system that they are living under isn’t working as it is supposed to; that there is a lot of corruption at the top …

There is a sense of everything being slightly unreal; that you fight a war that seems to cost you nothing and it has no consequences at home; that money seems to grow on trees; that goods come from China and don’t seem to cost you anything; that phones make you feel liberated but that maybe they’re manipulating you but you’re not quite sure. It’s all slightly odd and slightly corrupt.

So I was trying to make a film about where that feeling came from … I was just trying to show the same feeling of unreality, and also that those in charge know that we know that they don’t know what’s going on. That same feeling is pervasive in our society, and that’s what the film is about.”2

Living in a Fake, Simple World

“HyperNormalisation” tells the story of how politicians, financiers and “technological utopians” constructed a fake world over the last four decades in an attempt to maintain power and control. Their fake world is simpler than the real world by design, and as a result people went along with it because the simplicity was reassuring.

The transition began in 1975, when the film describes two world-changing moments that took place in two cities: New York City and Damascus, Syria, which shifted the world away from political control and toward one managed instead by financial services, technology and energy companies. First, New York ceded its power to bankers. As noted in The New Yorker:

“New York, embroiled in a debt crisis as its middle-class tax base is evaporated by white flight, starts to cede authority to its lenders.

Fearing for the security of their loans, the banks, via a new committee Curtis contends was dominated by their leadership, the Municipal Assistance Corporation, set out to control the city’s finances, resulting in the first wave of banker-mandated austerity to greet a major American city as thousands of teachers, police officers, and firefighters are sacked.”3

In Damascus, meanwhile, conflict between Henry Kissinger and Syrian head of state Hafez al-Assad grew, with Kissinger fearing a united Arab world and Assad angered that his attempts at transformation were fading. “Kissinger’s theory was that instead of having a comprehensive peace for Palestinians, which would cause specific problems, you split the Middle Eastern world and made everyone dissatisfied,” Curtis said.4

Further, “In Curtis’ view, the Syrian leader pioneered the use of suicide bombing against Americans,” The New Yorker explained, which then spread throughout the Middle East, accelerating Islamic terrorism in the U.S. While the roots of modern society can be traced back much further — millennia — Curtis chose to start “HyperNormalisation” in 1975 due to the economic crisis of the time.

“1975 is when a shift in power happened in the Middle East at the same time as the shift in power away from politics toward finance began in the West,” he told Hyperallergic.5 “It’s arbitrary, but I chose that moment because those two things are at the root of a lot of other things we have today. It’s a dramatic moment.”

The film then takes viewers on a timeline of recent history that appears as though you’re seeing bits and pieces of a scrapbook, but which ultimately support the larger message that the world is being controlled by a powerful few while the rest of us are willing puppets in the play, and we’re essentially living in an unreal world.

Being Managed as Individuals

According to Curtis, mass democracy died out in the early ‘90s, only to be replaced by a system that manages people as individuals. Politics requires that people be in groups in order to control them; parties are established and individuals join the groups that are then represented by politicians that the group identifies with.

The advancement of technology has changed this, particularly because computer systems can manage masses of people by understanding the way they act as groups — but the people continue to think they’re acting as individuals. Speaking to The Economist, Curtis said:

“This is the genius of what happened with computer networks. Using feedback loops, pattern matching and pattern recognition, those systems can understand us quite simply. That we are far more similar to each other than we might think, that my desire for an iPhone as a way of expressing my identity is mirrored by millions of other people who feel exactly the same.

We’re not actually that individualistic. We’re very similar to each other and computers know that dirty secret. But because we feel like we’re in control when we hold the magic screen, it allows us to feel like we’re still individuals. And that’s a wonderful way of managing the world.”6

He compares it to a modern ghost story, in which we’re haunted by yesterday’s behaviors. By predicting what we’ll like based on what we did yesterday, we’re inundated with messages that lock us into a static, unchanging world that’s repetitive and rarely imagines anything new.

“And because it doesn’t allow mass politics to challenge power, it has allowed corruption to carry on without it really being challenged properly,” he says,7 using the example of extremely wealthy people who don’t pay taxes. Although most are aware that this occurs, it doesn’t change:

A Complex Documentary for an Oversimplified Time

While the crux of “HyperNormalisation” is that people have retreated into a simplified world perception, the documentary itself is complex and borderline alarming. Its intricacies can be well explored, however, as it was released directly on BBC iPlayer, then passed around on the internet, such that it’s easy to replay it — or sections of it — again and again, something that wasn’t always possible with live television. Speaking with “HyperNormalisation,” Curtis said:

“The interesting thing about online is that you can do things that are more complex and involving and less patronizing to the audience than traditional documentaries, which tend to simplify so much because they’re panicking that people will only watch them once live. They tend to just tell you what you already know. I think you can do some more complicated things, and that’s what I’ve been trying.”9

Watching “HyperNormalisation,” you’ll be confronted with seemingly unrelated snippets ranging from disaster movies to Jane Fonda, which will make you want to rewind and reconsider what you’ve just seen. And perhaps that’s the point.

The gaps in the story compel viewers to do more research and ask more questions, and those willing to watch all of its nearly three hours of footage may find themselves indeed feeling like they’re climbing through a dark thicket, being led by only a flashlight, as the film’s opening portrays.

Meanwhile, the theme of an overriding power funneling information to the masses in an increasingly dumbed-down format is pervasive, right down to the censorship being fostered by social media. Curtis narrates in the film:

“… as the intelligence systems online gathered evermore data, new forms of guidance began to illumine, social media created filters — complex algorithms that looked at what individuals liked and then fed more of the same back to them.

In the process, individuals began to move, without noticing, into bubbles that isolated them from enormous amounts of other information. They only heard and saw what they liked, and the news feeds increasingly excluded anything that might challenge people’s pre-existing beliefs.”

“HyperNormalisation” also touches on the irony behind the “freedom” provided by the internet, which is that giant corporations are largely controlling it. “… [B]ehind the superficial freedoms of the web were a few giant corporations and opaque systems that controlled what people saw and shaped what they thought. What was even more mysterious was how they made their decisions about what you should like and what should be hidden from you,” the documentary states.

And as Curtis noted, “I’m not trying to make a traditional documentary. I’m trying to make a thing that gets why you feel today like you do — uncertain, untrusting of those who tell you what is what. To make it in a way that emotionally explains that as much as it explains it intellectually.”10 On the topic of social media, Curtis described social media as a scam, telling Idler Magazine:11

“The Internet has been captured by four giant corporations who don’t produce anything, contribute nothing to the wealth of the country, and hoard their billions of dollars in order to pounce on anything that appears to be a competitor and buy it out immediately.

They will get you and I to do the work for them — which is putting the data in — then they send out what they con other people into believing are targeted ads. But actually, the problem with their advertising is that it is — like all geek stuff — literal. It has no imagination to it whatsoever. It sees that you bought a ticket to Budapest, so you’re going to get more tickets to Budapest. It’s a scam.”

Technology, largely in the form of social media, feeds into the forces at play that are spreading a state of powerlessness and bewilderment around the world, according to Curtis.12 This is fueled by anger, which prompts more intense reactions online, hence, more clicks and more money being poured into social media.

It’s Curtis’ goal to create an emotional history of the world, which he plans to create using decades’ worth of BBC footage from around the world. His next project is to explore Russia, then China, Egypt, Vietnam and Africa, telling stories that people want to hear but probably won’t otherwise, due to the altered state of reality we’re living in.

To explore more, check out Curtis’ past works, which include “The Power of Nightmares,” which explores the use of fear for political gain, and “The Century of the Self,” which explores Edward Bernays’ — Sigmund Freud’s nephew — use of his uncle’s theories to create the public relations industry and gain political power.13