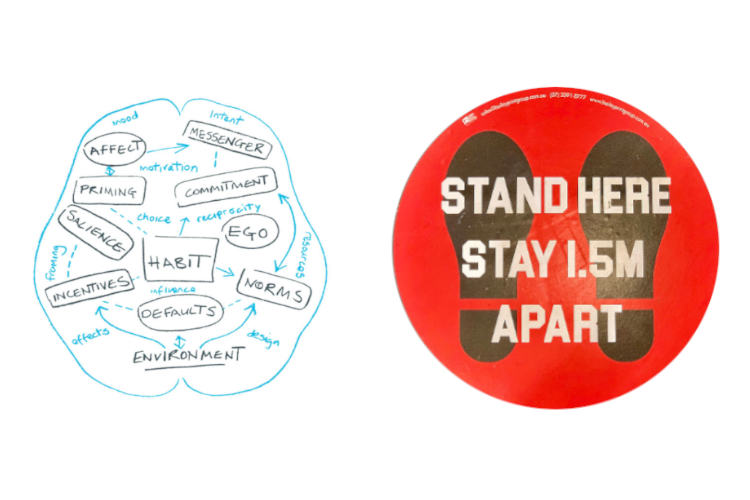 In a recent speech to thousands of of people at the Unite for Freedom rally in London, banned, deplatformed, and censored truth-teller, David Icke, spoke about the fascistic nature of the global governmental response to Covid-19. Commenting on the fact that the UK’s response has not been prepared by medical experts, or even doctors, Icke pointed out that the response has actually been largely orchestrated by psychologists, namely by an organization known as The Behavioral Insights Team.

“This, this whole subjugation and imposition of fascism on the human race worldwide is being run, not by health professionals even, but by psychologists just down the road there, yards from where we are. The British government’s own private company called The Behavioral Insights Team, and it’s job is simply  to study human psychology and then to play out what it’s learned to modify the behavior of the population, and they’re focusing on our kids more than anyone. What they don’t want us to know, the biggest mind trick they play on us is this: they want us to believe that authority has power. Authority has no power! Authority’s power the world over is only our power which we give to them!” ~David Icke

The Behavioral Insights Team (BIT) is one of Britain’s many public policy-making organizations, although it was privatized in 2014, in what is noted as, “the first time the government has privatised civil servants responsible for policy decisions.”

Originally set up within the UK Cabinet Office to apply nudge theory within British government, BIT became a social purpose limited company in 2014.[1] Its work now spans across seven offices, having run more than 750 projects in and conducted over 500 randomised controlled trial (RCTs). The Behavioural Insights Team is headed by psychologist David Halpern.” [Source]

Admittedly employing psychology and social engineering in the advancement of official government policy, the BIT is also known as the ‘Nudge Unit,’ a rather telling use of language. The BIT website features a section on Covid-19, and while surprisingly sparse, the posts on this page offer a glimpse of BIT’s vision for a post lockdown world, where human behavior is even more tightly regulated and controlled by big brother.

Commenting on the opportunity that Covid presents, the BIT notes:

“It is rare for us to have a collective moment to reflect and an opportunity to reset a range of individual and collective behaviours for the better. Countries are at different points in this journey, and the UK and others should seek to learn from our friends in New Zealand, which has now lifted all COVID restrictions, about which behaviours stick and which need more of a nudge in the right direction. Collectively, we can and should use this unprecedented period of disruption to help bring about positive changes in people’s habits and behaviours to create a new and better normal.” [Source]

In other words, the BIT wants to play a role in helping to modify human behavior for the ‘new normal.’ So, if you thought you were going to return to the old normal, you should know that one of the most influential private companies in the UK is employing cutting edge behavioral science and research to ‘nudge’ you and your family into obediently adopting an entirely new way of life.

In an article entitled ‘Life After Lockdown: An Opportunity for Change?,’ the BIT highlights three areas where permanent change will be needed: education, travel, and diet. That is, how you learn, where you go and how you get there, and what you eat. Some quotes from this stand out. Firstly, this one suggesting that apps can be used to direct people onto government preferred routes, which would require real-time tracking and tracing of citizens’ whereabouts.

“Cities could encourage these shifts by working with apps like Citymapper and Google Maps to recommend quieter or more pleasurable routes, or encourage people to skip their last interchange or walk the last mile of their journey.”

Furthermore, the BIT suggests that the ground could be marked with actual footprints to show people precisely where to walk and where to stand.

“Schools or employers could also use this chance to prompt parents, pupils and employees to consider walking or cycling, potentially by marking footpaths with footprints leading to schools or introducing reduced speed limits or car restrictions around schools or city centres to reinforce this change, as Milan have indicated they will do.”

In the following example, the BIT suggests that online vendors, who are replacing brick and mortar stores during Covid as the lockdown shutters businesses, could be encouraged to structure their online stores in a way that influences people’s buying habits in accordance with the aims of government.

“Online supermarkets could use this change in habit to alter the choice architecture​ of their sites to encourage healthier and more environmentally sustainable food choices.”

The closing paragraph of this article comments on the idea that the Covid crisis can be advantageously used to ‘reset’ a range of behaviors, presumably behaviors which, at present, are unfavorable to the government’s agenda of increased behavioral control.

“It is rare for us to have a collective moment to reflect and an opportunity to reset a range of individual and collective behaviours for the better. Countries are at different points in this journey, and the UK and others should seek to learn from our friends in New Zealand, which has now lifted all COVID restrictions, about which behaviours stick and which need more of a nudge in the right direction. Collectively, we can and should use this unprecedented period of disruption to help bring about positive changes in people’s habits and behaviours to create a new and better normal.“

In another article entitled, ‘Life After Lockdown: A Strong and Sustainable Economic Recovery,’ the BIT discusses possible ways of interfering in the personal finances of citizens. In the following paragraph it is implied that the government could watch the personal bank balances of citizens, and give people recommendations on what to do with their money.

“They could prompt customers with higher-than-usual balances on their current accounts to split their spare money between an ‘indulgence’ pot to be spent as lockdown easens and a ‘savings’ pot for rainy days. The recommended default split could be adapted to each customer’s individual need and capability to build a rainy day savings buffer.”

It’s not that much of a stretch of the imagination to envision the government’s perfect world, where people walk and stand where they are supposed to, where people unwittingly make purchases based on unseen influences, and where people are told what to do with their money.

This article (Behavioral Modification – UK Covid Response Steered by Psychologists at the Behavioral Insights Team) originally created and published by Waking Times and is published here under a Creative Commons license with attribution to Alex Pietrowski and WakingTimes.com.