Huck Finn, To Kill a Mockingbird, Other Classic Books BANNED In California Schools For “Racism” 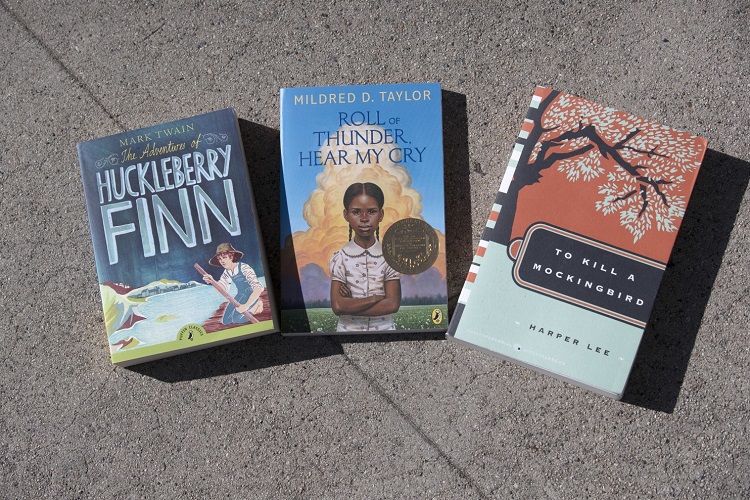 When Gutenberg introduced the printing press in 1440, the world had no idea that things were about to drastically change. Prior to the release and production of the printing press, books were incredibly expensive, rare, mostly written in Latin, and reserved for royalty and clergy.

The spread of information was kept under lock and key.

However, in just a few decades after its spread throughout the world, Gutenberg’s press had rolled out hundreds of millions of books. The operation of a printing press became synonymous with the enterprise of printing and lent its name to a new branch of media, the press.

The world was becoming informed.

Hailed as one of the most important inventions in human history, the printing press helped societies break free from the ignorance and bondage imposed upon them by the keepers of information. Over the next 400 years, those with access to information about peace and freedom began to rise up against their oppressors. Instead of monarchies and dictatorships, republics and democracies were born.

The world was well on its way to becoming a Land of the Free. Unfortunately, however, with information — comes propaganda and censorship.

Not being able to control the dissemination of information, tyrants decided to control the actual information instead. Certain books were burned, banned, and shunned. Only establishment-supporting nationalistic books were promoted which led to entire societies believing their patriotic stories about how their countries ‘played the key role in the development of the modern world’ — up to and including societies like Nazi Germany who were convinced that murdering millions of Jews was the right thing to do.

For decades, the world was tricked by slick establishment propagandists, who wrote their version of heroic history. Tyrants were painted as saviors; mass murderers hailed as great discoverers. The world was slipping back into a dark age of control and manipulation.

Luckily, there were a few voices who resisted mass censorship, the book banners and burners, and the last century has seen incredible growth and freedom of speech. But, like all empires inevitably do, America is increasingly slipping into despotism and, once again, the alleged “arbiters of truth” are attempting to silence information with which they disagree.

One example of this new “book burning” is taking place in California. Schools in Burbank, California have banned multiple books after a handful of parents expressed concern over them. To be clear, these books do not advocate racism, violence, hatred, or anything of the sort. These books have won multiple awards and have achieved literary godliness.

Burbank schools are now being forced to teach other titles because a small group (exactly 4) of offended parents have succeeded in depriving thousands of other children from reading Harper Lee’s To Kill a Mockingbird, Mark Twain’s The Adventures of Huckleberry Finn, John Steinbeck’s Of Mice and Men, Theodore Taylor’s The Cay and Mildred D. Taylor’s Roll of Thunder, Hear My Cry.

That’s right, Roll of Thunder, Hear My Cry — that was written by a black woman about racism in America during the Jim Crow era — was banned because it is supposedly racist. Someone should probably ask Newbery Award-winning author, Mildred DeLois Taylor, how she feels about her book, written about her own life experiences, getting banned for being racist.

To be fair, the parents said their children experienced racism in schools which is unacceptable — but also exceedingly improbable that this racism was derived from a child reading a novel.

As Newsweek reports, Carmenita Helligar said her daughter, Destiny, was approached by a white student in math class using a racial taunt including the N-word, which he’d learned from reading Roll of Thunder, Hear My Cry while both attended the David Starr Jordan Middle School.

“My family used to own your family and now I want a dollar from each of you for the week,” another boy is said to have told Destiny.

“My daughter was literally traumatized,” Helligar said. “These books are problematic … you feel helpless because you can’t even protect your child from the hurt that she’s going through.”

While no one wants their child to experience the horrific scenario described above, the idea of a classic book — that is actually anti-racist — turning a child into a racist is absolutely absurd. If someone is so hateful that they are willing to say this to a child in middle school, blaming a book is asinine. This kid was either brought up as a racist or, he made a tone deaf, disgusting attempt at teasing.

Either way, it doesn’t matter what actually transpired as the results are the same — books are banned in the land of the free. Sadly, it is indeed likely that those calling for banning these books, have never even read them. If they did actually read them, they would understand that they are not at all racist and, in fact, inspire kids to do the right thing, well, because it’s the right thing.

Luckily, the banning of these books did not go unnoticed and the National Coalition Against Censorship (NCAC) sent a letter to BUSD urging the district to allow teaching of the books while the challenges are under review.

“[W]e believe that the books… have a great pedagogical value and should be retained in the curriculum,” read the letter from the NCAC.

Some of the children are speaking out against the banned books as well. Sungjoo Yoon, 15, a sophomore at Burbank High School, also launched an online petition on Change.org to stop what he called a “ban on antiracist books.”

“In a time where racism has become more transparent than ever, we need to continue to educate students as to the roots of it; to create anti-racist students,” Yoon wrote. “These literatures, of which have been declared ‘Books that Shaped America’ by the Library of Congress, won Newbury Medals, and are some of the most influential pieces, cannot disappear.”

“Each of the books in question deal with difficult subject matter from our country’s complicated and painful history, including systemic racism,” an excerpt from the petition reads. “Blocking engagement with these important books is also avoiding the important role that schools can and should play in providing context for why these books inspire and challenge us still today.”

**This article (Huck Finn, To Kill a Mockingbird, Other Classic Books BANNED In California Schools For “Racism”) was originally published at The Free Thought Project and is re-posted here with permission.**