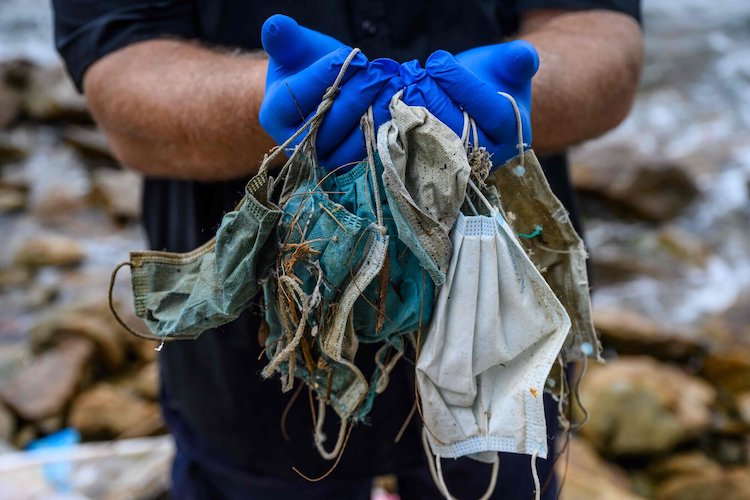 Researchers in Denmark have just published a revolutionary new study which purports to offer more conclusive evidence that wearing masks actually does little to mitigate the spread of COVID-19.

Though it’s certainly not the first study to suggest that masks do little to help – and, to be fair, there’s plenty of research to suggest the opposite (science can sometimes be confusing) – a monthslong, nationwide study that involved thousands of Danes from a diverse range of backgrounds (in case you were curious) showed that roughly the same percentage of people were infected in the mask group as the no-mask group.

According to the report, published in the Annals of Internal Medicine, the “primary outcome” (i.e. infection with COVID-19) occurred in 1.8% of people in the mask group, and 2.1% of people in the control group.

“Observational evidence suggests that mask wearing mitigates SARS-CoV-2 transmission, but whether this observed association arises because masks protect uninfected wearers (protective effect) or because transmission is reduced from infected mask wearers (source control) is uncertain. Here, we report a randomized controlled trial (20) that assessed whether a recommendation to wear a surgical mask when outside the home among others reduced wearers’ risk for SARS-CoV-2 infection in a setting where public health measures were in effect but community mask wearing was uncommon and not recommended,” the researchers began.

Here’s a table laying out the data: 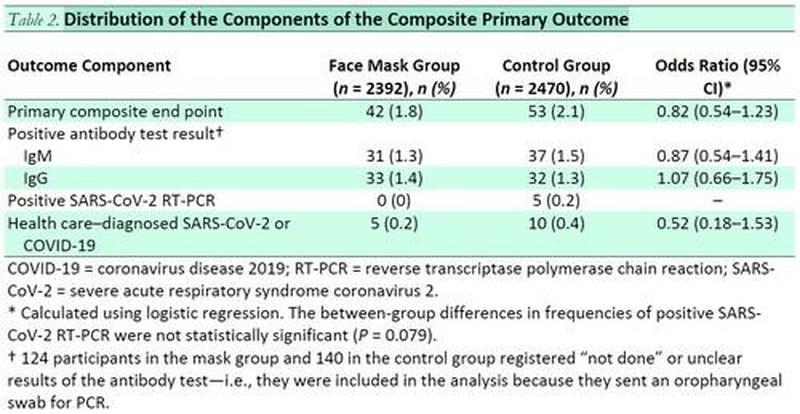 While some heralded this latest data as a breakthrough, considering the scope of the study and its inclusion of experimental and control groups, it’s worth noting that there’s plenty of research being done on this topic, and the results are far more confusing than many in the MSM would have the public believe.

To wit, Iowa Gov. Kim Reynolds (a Republican) was actually speaking the truth when she said the other day that there is “science on both sides” of the mask debate. Reynolds, however, still went ahead with imposing a new mask mandate in her state, along with other measures, as COVID-19 cases surge across the country, with the Midwest as the hardest-hit region.

“There’s science on both sides and you know that,” she said, without providing details. “If you look, you can find whatever you want to support wherever you’re at.”

Most media outlets that reported on those remarks noted that the governor’s statement contradicted the official CDC guidelines. But it’s worth remembering that at one point or another, the FDA, the CDC the Surgeon General etc have all suggested that masks do little to stop the spread of COVID-19. The CDC admitted that 80% of newly infected wore their masks in accordance with all restrictions.

The CDC released a new study last week purporting to show that masks protected both the wearer and the general public, but as the Danish researchers noted in their summary, the scientific links there actually aren’t at all well-established.  The researchers even cautioned that their findings are hardly conclusive, and shouldn’t be relied upon by policy makers.

But given that the Danish study may represent an important step forward, we’re curious to see how social media companies react to these headlines, particularly after yesterday’s performance in front of the Senate Judiciary.