How to Become a Cosmic Hero 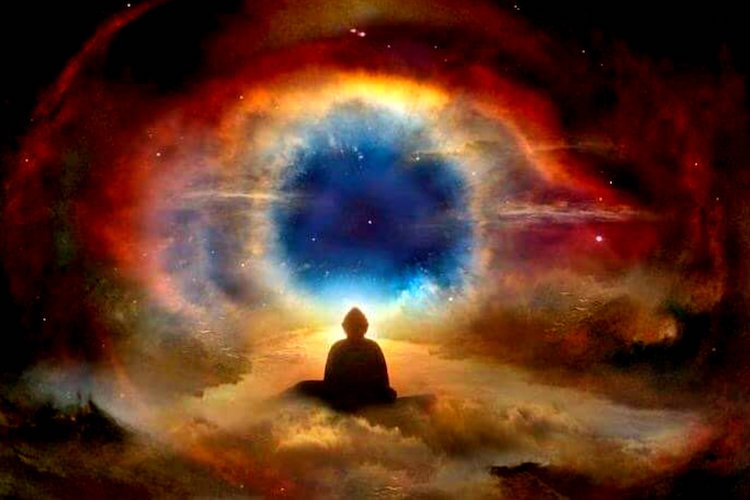 “In this kind of ontology of immanence, what we are describing is not a creature who is transformed and who transforms the world in turn in some miraculous ways, but rather a creature who takes more of the world into himself and develops new forms of courage and endurance.” ~Ernest Becker

What is a cosmic hero? Cosmic heroes are rare individual who have transcended the codependent state and achieved a Meta state through independent courage. They have reconditioned cultural conditioning. They see with Over Eyes. They’ve thought outside of so many boxes that those boxes have become dots they connect in their heightened state of awareness.

Arete is the cosmic hero’s ethos, an essential ingredient of a robust character. Arete cultivated over a lifetime can lead to eudaimonia: human flourishing. Although there is no specific definition for arete, it is associated with bravery and effectiveness, and it is intimately bound up with the notion of fulfillment and the act of living up to one’s full potential.

Through these four virtues an excellent human emerges as a venerated and valuable catalyst for human flourishing. Cosmic heroes use the four cardinal virtues to reevaluate all values and thus create higher values.

Here are three key disciplines toward becoming a Cosmic Hero…

“I would rather be chained to this rock than be the obedient servant of the gods.” ~Prometheus

This usually begins when a seed of curiosity is planted into the rigid ground of our certainty. The seed can be as simple as asking powerful ‘what if’ questions: What if the time is never right? What if I’m stuck in Plato’s Cave? What if I took responsibility for my pain? What if, rather than avoidance, escape, and evasion, I practiced acceptance, reason, and courage to embrace the overwhelm? What if I challenged the Powers That Be? What if I stole fire from the gods?

Promethean audacity is deviating from the ordinary in order to discover the extraordinary. It’s practicing Dionysian disobedience. It’s becoming “divergent” like Beatrice Prior in Divergent. It’s becoming “The One” like Neo in The Matrix. It’s having the insouciant daring of Tyler Durden in Fight Club: “I say never be complete. I say stop being perfect. I say let’s evolve. Let the chips fall where they may.” This requires courage. High courage.

Promethean audacity is staring “God” in the face, and through your fearless “poker stare” alone, calling his bluff. Suddenly the tables are turned. You’re holding all the cards. You always were. And the royal flush you reveal is the legerdemain of your courage. God is tricked and trumped, and, like Prometheus, the money (the boon of knowledge) that you win, becomes the fire that you stole. And it’s worth it. “Punishment” be damned.

Put the “thorough” in Thoreau:

“Some are born Thoreau, others achieve Thoreau. Most have Thoreau thrust upon them.” ~Eric Weiner

Thoreau had Promethean audacity. He double-dog-dared himself to live life to the fullest. He stared into abysses. He challenged gods. But it wasn’t so much what he saw while doing so, but rather how he saw it. He painted over life with a broad brush of colorful courage and subtle moderation. But he did so from a sacred state of nonattachment. He discovered that human excellence comes from learning how to see.

Cosmic heroes learn how to see through a lens of courage, moderation, wisdom, and justice. They live deliberately. They don’t take things for granted. They psychosocially crush out. They rise above the cultural morass to discover healthy detachment. From this state of healthy detachment, they see how everything is attached. They see the interconnectedness of all things. They see how everything is connected to everything else. Thus, their curiosity becomes cosmic curiosity.

As Vladimir Nabokov said, “Curiosity is insubordination in its purest form.” It is through such prying insubordination that deep change is made, and authority is finally checked and balanced. It’s a way to hack “God.” No matter what form God might take: parents, teachers, cops, judges, presidents, queens, or even God itself.

As Thoreau himself said, “I was not designed to be forced. I will breathe after my own fashion. Let us see who is the strongest.”

Build a Nietzschean bridge toward the Overman:

“Our sole responsibility is to produce something smarter than we are; any problems beyond that are not ours to solve.” ~Ray Kurzweil

Self-overcoming is a tool that cosmic heroes utilize in their effort to evolve toward the Overman.

What is the Overman? It refers to Nietzsche’s conception of an individual who makes it a core discipline to overcome themselves and human nature. In essence, an Overman is one who has transcended the human condition and achieved a self-actualized state of perpetual self-overcoming.

A cosmic hero, like an Overman, is a self-aware Fibonacci sequence in search of Phi (enlightenment). The bridge to the Overman is the disciplined path of self-improvement and self-overcoming that the cosmic hero aspires to.

Building the bridge from Man to Overman is proactively engaging open-mindedness through disciplined self-overcoming. It’s having self-inflicted awareness. It’s launching existential flares out of the abyss of the human condition. It’s highlighting creative evolution through courageous independence which ultimately leads to provident interdependence.