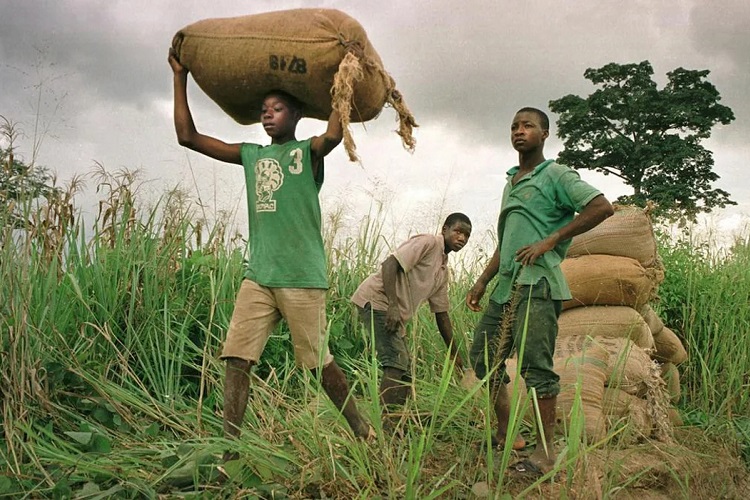 Many people give chocolates as a symbol of love on Valentine’s Day, but for some the popular candy is more bitter than sweet.

A human rights group filed a lawsuit Friday on behalf of eight Malian men who say they were trafficked across the border to the Cote D’Ivoire and forced to harvest cocoa for one or more of seven popular companies, including Mars, Nestlé and Hershey.

“Enough is enough!” IRAdvocates Executive Director Terry Collingsworth said in a statement announcing the lawsuit. “Allowing the enslavement of African children in 2021 to harvest cocoa for major multinational companies is outrageous and must end.”

The class action lawsuit was filed with the U.S. District Court for the District of Columbia. In addition to Nestlé, Hershey and Mars, the lawsuit also names Cargill, Mondelēz, Barry Callebaut and Olam. It marks the first time that a class action lawsuit of this type has been brought against cocoa companies in a U.S. court, The Guardian reported. The eight men, who are now young adults, seek damages for forced labor and compensation for the fact that the companies inflicted emotional harm and improper supervision while getting rich at their expense.

Child labor is a major and ongoing problem for cocoa production in West Africa. NORC at the University of Chicago found that 1.56 million children were harvesting cocoa in Cote D’Ivoire and Ghana during the 2018 and 2019 growing season, up 14 percent from 2015, IRAdvocates said. At the same time, 1.48 million children undertook dangerous tasks while working.

The defendant companies have long pledged to end the use of child slavery in their supply chains, but continually extend their deadlines for meeting this goal. In 2001, they signed the “Harkin-Engle Protocol” promising to end child labor by 2005; more than 15 years later, they are now promising to reduce the use of child labor by 70 percent by 2025.

“By giving themselves this series of extensions, these companies are admitting they ARE using child slaves and will continue to do so until they decide it’s in their interests to stop,” Collingsworth said. “Based on the objective record of twenty years of the failed Harkin-Engle Protocol, these companies will continue to profit from child slavery until they are forced to stop. The purpose of this lawsuit is to force them to stop.”

The plaintiffs tell stories of being recruited in Mali under false pretenses; being trafficked across the border; and then being forced to work on cocoa farms without pay, travel documents or any knowledge of when they would be allowed to leave, The Guardian explained. While the companies named in the lawsuit do not directly own the farms where the children worked, the lawsuit contends that they knowingly benefited from their labor because they chose to contract from growers who could offer lower prices because they did not pay adult wages or provide adequate safety equipment.

The World Cocoa Foundation, to which all of the defendants belong, spoke out against child labor but argued that the responsibility for ending it fell to the government of the Côte d’Ivoir.

“The cocoa and chocolate industry has zero tolerance for any instances of forced labor in the supply chain,” World Cocoa Foundation President Richard Scobey said in a statement reported by Business Insider. “The government of Côte d’Ivoire has a comprehensive legal framework in place to pursue, arrest and bring to justice those who traffic children or adults.”

The individual companies gave similar statements decrying child labor but arguing that the solution involved multiple stakeholders acting together, and not targeted lawsuits. But IRAdvocates sees the lawsuits as a means of forcing companies to actually be a part of the solution.

This is the second lawsuit that IRAdvocates has filed against major chocolate brands over child labor issues. Another, filed against Nestlé and Cargill under the Alien Tort Statute, was argued before the Supreme Court in December of 2020. During the arguments, the companies said they were not liable for child slavery under international law, IRAdvocates said.

“[I]n filing this new case we want these companies to know we will use every possible legal tool available to make them stop abusing child slaves,” Collingsworth said in a statement. “We call upon the companies to work with us [to] solve this problem, rather than spend millions in legal fees to fight an uncontestable fact – the cocoa industry is dependent upon child labor.”