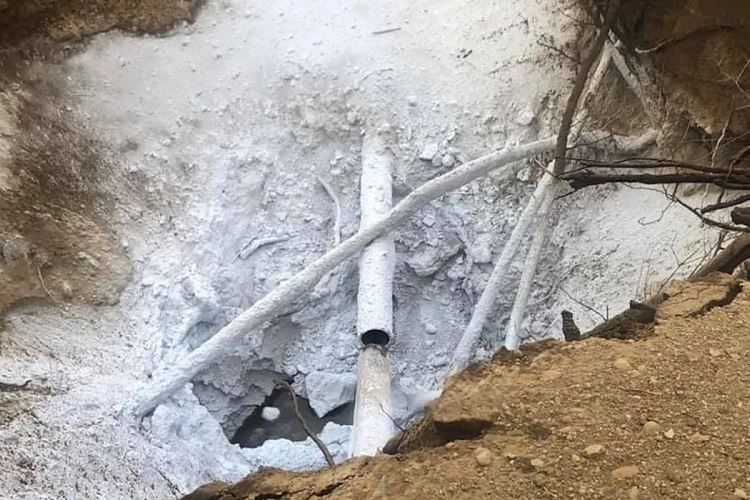 More than 300 people were forced to evacuate and 46 were sent to the hospital after a gas pipeline ruptured in Mississippi Saturday.

The pipeline was used by the company Denbury Enterprises to transport carbon dioxide and hydrogen sulfide for oilfield operations, according to The Yazoo Herald. It ruptured around 8 p.m. near the town of Satartia in Yazoo County, according to the Mississippi Emergency Management Agency (MEMA).

“Residents in the area complained of green gas and a noxious odor,” MEMA said.

People near the leak experienced headaches and dizziness, and some lost consciousness, the Vicksburg Daily News reported. The leak overwhelmed Yazoo County emergency rooms and at least five of those injured had to be transferred to Warren County. Among the injured were three people discovered non-responsive in a vehicle near the leak site by emergency workers just before 10 p.m.

Those taken to the hospital were expected to recover, and evacuees were allowed to return to their homes after 9:30 a.m. Sunday, The Weather Channel Reported.

BREAKING UPDATE: Mayor of Sartartia and first responders tell me evacuated families have been given the all clear to return to their homes. https://t.co/bx9PaVl1Mn pic.twitter.com/c0ub8Cmg1F

Denbury shut off the gas as soon as it learned of the rupture, according to The Weather Channel.

“[T]he affected area of the pipeline was isolated within minutes, and the leak site was evacuated as a precaution,” the company said in a statement reported by TIME.

An initial investigation suggests the rupture was a result of recent heavy rainfall in Mississippi.

“It appears the ground caved into a ravine damaging the 24-inch pipe,” MEMA said.

Parts of the state near the rupture have seen 23 inches of rain since Jan. 1, the Weather Channel reported. Jackson, the state’s capital, has had its wettest start to the year on record as of Feb. 22. Its Pearl River crested at 37 feet Feb. 17, its third highest water level in recorded history, The New York Times reported. More than 2,400 structures are likely to have been damaged by the flooding, authorities estimate.

The Pearl River has jumped its banks east of #Jackson, well on the way to its potential 3rd highest crest in the area. @JacobLanierWx @ChristanaK_WAPT @NWSJacksonMS #MSwx#drone #mavic2zoom #dji pic.twitter.com/rJAPqQCPR5

This February’s rains have been “400 percent of normal,” Tennessee Valley Authority spokesman Jim Hopson told The Associated Press, “and we have more coming in this week. It’s kind of a never-ending battle.” Extreme rainfall events are on the rise in the Southeast, according to the Fourth National Climate Assessment. And heavy precipitation is expected to increase in the region due to the climate crisis.